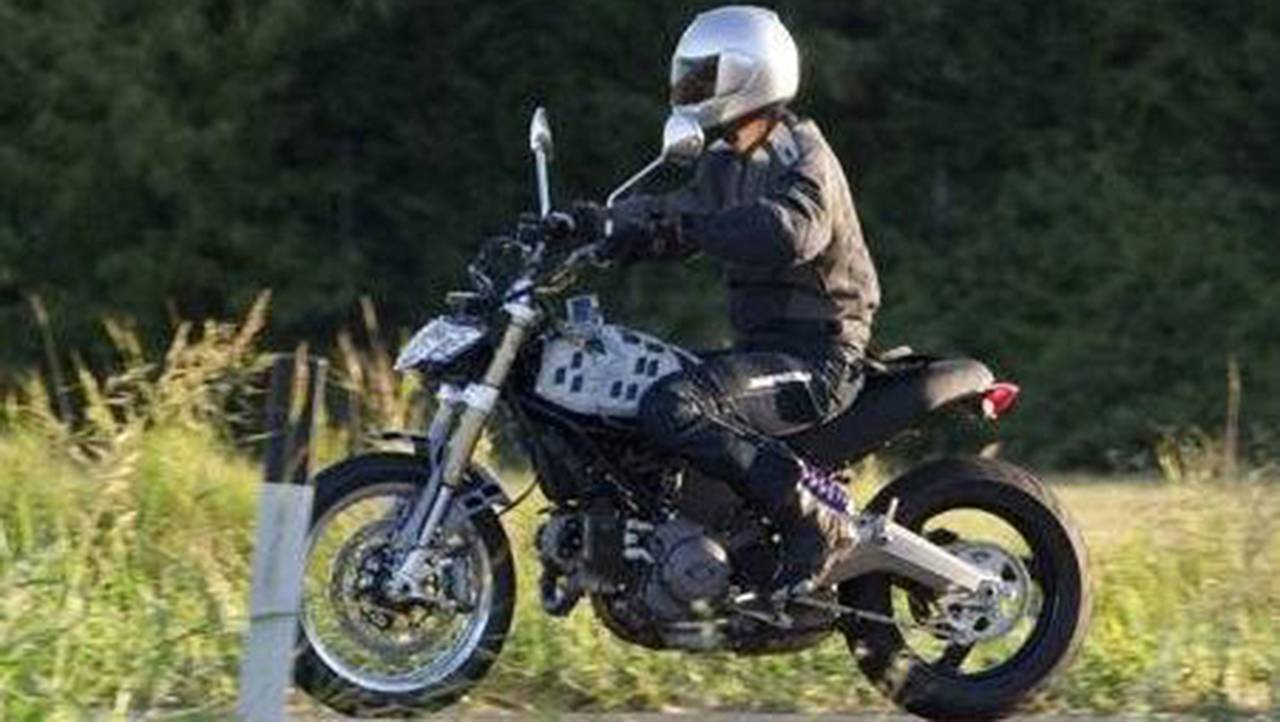 A photo of a heavily disguised motorcycle that appears to be the 2014 Ducati Scrambler has appeared on fan site IAmABiker. Classic proportions and modern details subvert the retro archetype.

Its logical that this is a photo of the Scrambler simply because that's clearly an air-cooled Ducati V-twin. Probably the same used in the Ducati Monster 796. Also in keeping with standard Ducati practice, there appears to be a steel trellis frame. But, typical Ducati ends there.

A 1970s-style seat and tank hold true to the retro theme, but the rest is decidedly contemporary. USD forks hold radial Brembos and a spoked front wheel. At that back, there's an aluminum "banana" swingarm and a side-mounted shock that bolts directly to said swingarm, sans linkage. That arrangement is very reminiscent of the Aprilia Shiver. We'd hazard a guess that the aluminum rear wheel is just a stand in and the final production bike will be equipped with spokes and tubes.

Then there's that headlight. Looking like something pulled off Miguel Galluzzi's Cagiva V-Raptor, it could either be a piece of the bike's disguise or a daring design risk by Ducati. We'd hazard a guess at the former; following the firm's Terblanche days Ducati's styling hasn't taken risks.

Expect to see the Scrambler unveiled at the EICMA show next month. Stay tuned to RideApart for full coverage.