If you want to see human ingenuity and determination in action, look at amateur racers. These are the people who are out there doing this thing because they love it rather than for fame or money.  Many also do it with whatever they have lying around—24 Hours of LeMons, for example—and have to do their best with tight budgets and, often, substandard tools or equipment. Winning might be the cherry on top of the sundae, but the whole experience is what gives them actual joy.

Take, for example, tuk-tuk racing. Not just any type of racing, either—we're talking rallying. As you’re probably well aware by now, Red Bull likes to support a wide range of sports around the globe—and one of the most intriguing has to be Red Bull Tuk It. It’s an annual tuk-tuk rally event in Sri Lanka, and the 2020 round ran from February 22 through 23. How many tuk-tuks participated? A whole lot, as you’ll see in the video.

The course ran from Kaluaggala to Dambulla, a distance of about 86.1 miles if you go a very straight-line, boring way. Obviously, that’s not what the Tuk It 2020 course was like. It took two days to complete, and the tuk-tuk teams could have up to three people on them. Tuk-tuk racing is somewhat like sidecar racing in that you want more than just a single pilot onboard, because you need someone to be shifting significant amounts of weight around to help steer the vehicle where you want to go. In more than a few cases, one or more of the people not driving may also have to hop out and push the tuk-tuk back into position on the course.

Fun? Yes. A bit ridiculous? That totally depends on your perspective. If you live in a place where tuk-tuks are just part of everyday life, it probably isn’t at all ridiculous. I mean, why wouldn’t you just ride or drive what’s around? If it has an engine, people will race it—and that seems to be a true concept just about anywhere in the world. Heck, people race office chairs and grocery carts when they’re bored. I don’t know about you, but rallying tuk-tuks looks like a whole lot more fun than either of those things.

There’s no information about Red Bull Tuk It 2021 available just yet, but if this idea appeals to you and seems like something you want to try, there’s an upcoming Tuk Tuk Tournament from October 17 through 19, 2021 in Sri Lanka that’s also sponsored by Red Bull. 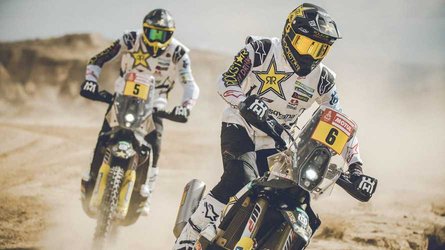 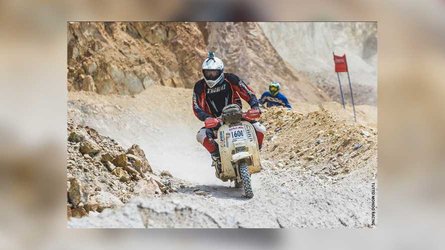 Racing Team Will Tackle The Mexican 1000 Rally On Vespas
By: Janaki Jitchotvisut
++
++
Got a tip for us? Email: tips@rideapart.com