Racing Team Will Tackle The Mexican 1000 Rally On Vespas 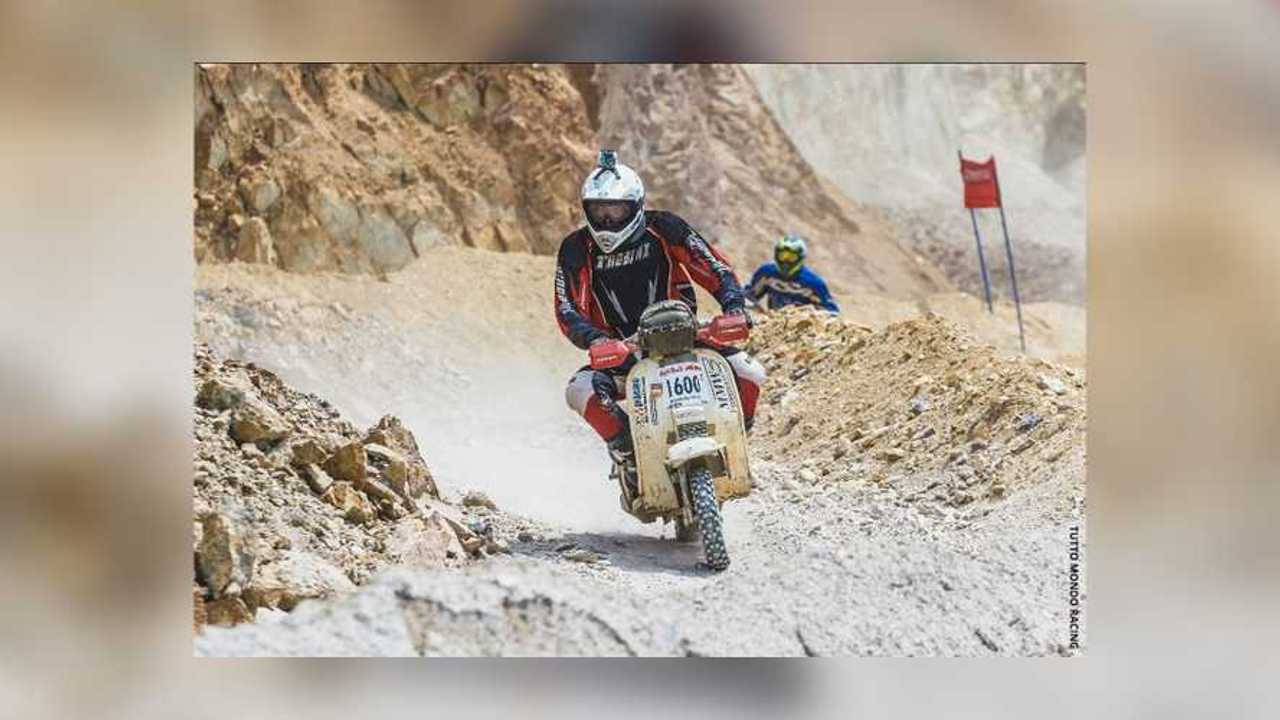 Why? Because why not!

Rallies are among the most demanding events in the motorsport circuit. They put both riders and bikes to the test through rugged landscapes and harsh terrains. The bikes are usually specially prepared brutes that look gnarly and ready to face the apocalypse. However, the rule book doesn’t state that your ride absolutely has to be a jacked-up, all-terrain beast. The guys at Tutto Mondo Racing decided to have some fun with it and will be racing down the Baja Peninsula on Vespas.

Vespa To The Extreme:

Stuntman Günter Schachermayr And His Vespa Are Back At It

The Mexican 1000 is similar to the better-known Baja rally series. The rally is organized by the National Off-Road Racing Association (NORRA) and takes the competitors on a 1000-mile trek down the Baja California and Baja California Sur peninsula on a seven-day off-road extravaganza.

The organizers use the “The Happiest Race On Earth!" tag line to describe their event. With that in mind, it shouldn’t come as a surprise that one of the racing teams decided not to take itself too seriously and to tackle the challenge on a pair of famed Italian scooters.

The Tutto Mondo Racing squad that involves people from all over the world, commented that racing Vespas was the compromise that was made to convince the Italian members of their team to attend. The team has previously completed the race and won in its category in an unidentified Volkswagen. This time, they’re swapping four wheels for two.

Of course, you can’t just take a stock Vespa and throw it in the middle of the desert, expecting it to survive. The team explains it made a few key modifications to make the scooters more rally-friendly, including the addition of skid plates and bigger, off-road tires as well as tuned shocks.

This isn’t the first time Vespas are entered in the event. That famous Italian manufacturer’s name appeared on the list of entries in the 1970 NORRA Mexican 1000 rally as well. Also, keep in mind that there are leagues and groups out there who race and off-road Vespa so the potential is there! I’m genuinely curious to know how things are going to for the guys. As team member Marcus Benham puts it, “There’s no way to look cool racing a Vespa, so you have to just go out and have fun,” and I’m sure fun will be had.