I know there's a perfect Archer reference for this, but I just can't quite put my finger on it.

Not content to just beguile us with its sexy new bikes from far-off Milan, Ducati plans to bring its 2018 lineup to the States for the Long Beach Motorcycle Show. Six new bikes are slated for unveiling at Long Beach, including the North American debut of Ducati's long awaited Panigale V4. So, what else does Ducati have to show us next week? Let's have a look.

READ MORE: Ducati is Not For Sale for Now 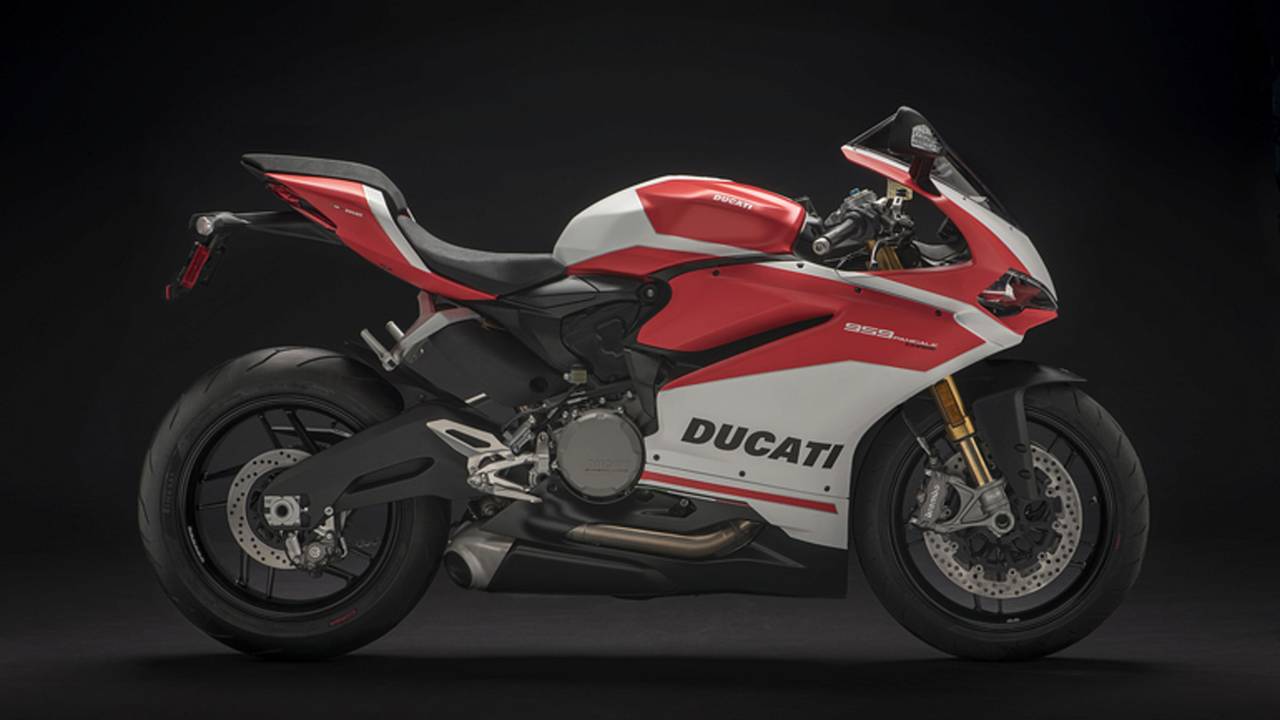 According to Ducati, the 959 Panigale Corse "achieves the perfect balance between power, lightness, performance and control." Apparently it does so by stuffing the powerful 959cc Superquadro twin into a lightweight monocoque frame then enchanting it with a whole lot of Italian handling magic. For 2018 the 959 got a bunch of upgrades, including dedicated livery inspired by MotoGP racing colors, Öhlins suspension, and Ducati quickshift. We talked a little about the Panigale Corse when it was revealed at EICMA. If you're interested, you can check out our writeup here. 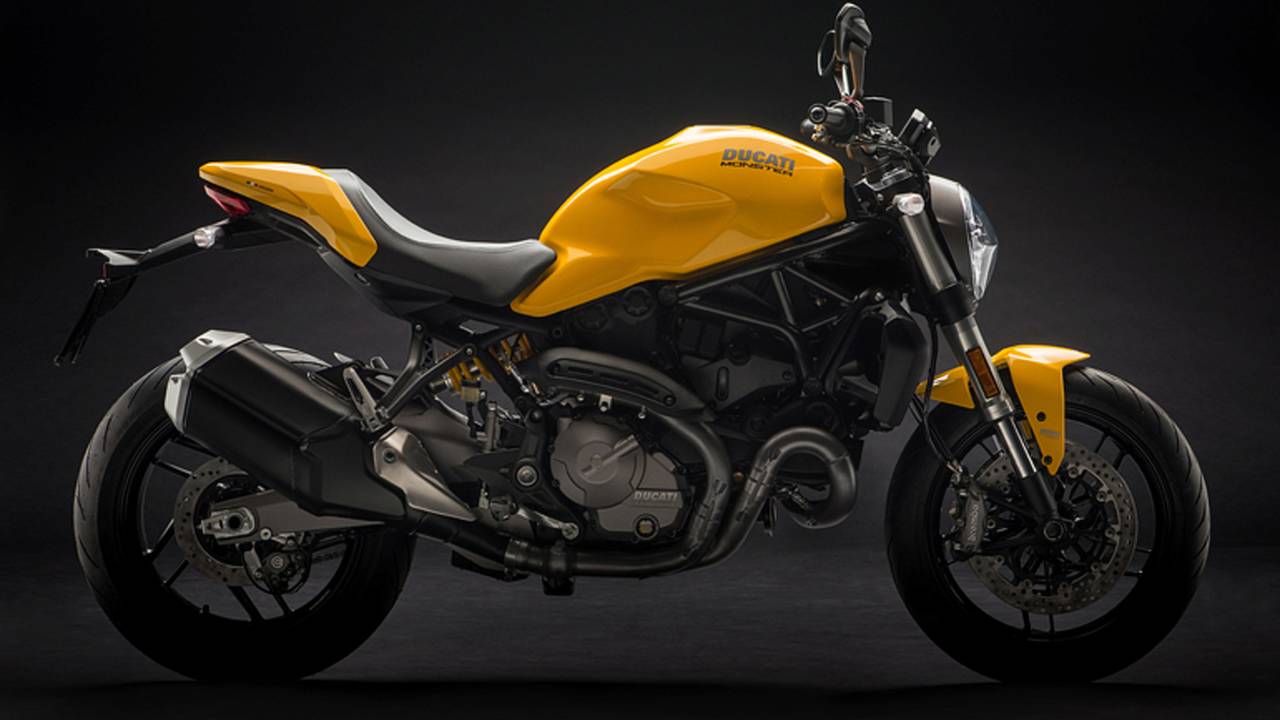 The Monster 821 is the latest in Ducati's long-lived Monster line, and pays homage to the legacy of the Monster 900 that revolutionized the motorcycle world a quarter of a century ago. Standard equipment includes a TFT color display and Ducati quickshift. Randle got to thrash a new Monster 821 along the Adriatic coast around Rimini, Italy, recently, and had a lot of nice things to say about it in his review. 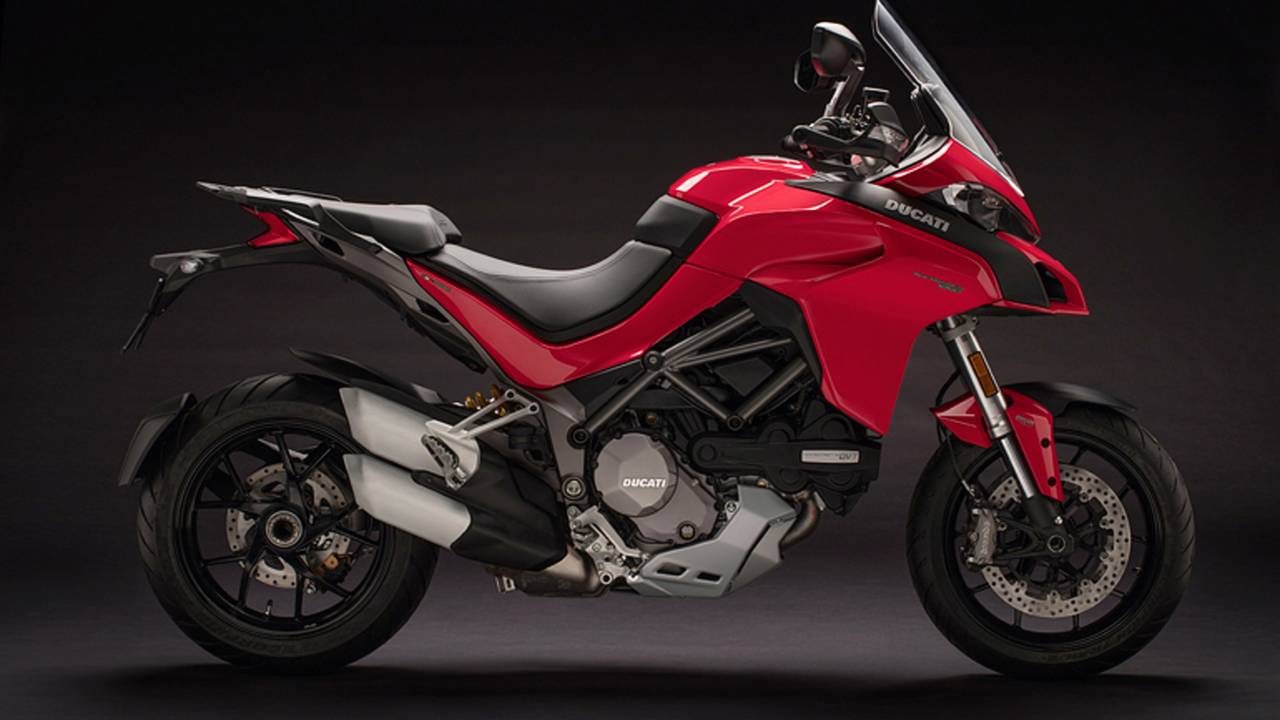 The 2018 Multistrada 1260 S features a 1262 cc Ducati Testastretta DVT engine that, according to Ducati, "offers 85% of its torque available under 3,500 rpm and delivery at 5,500 rpm is 18% higher compared to the predecessor model." It also has new chassis, a cutting-edge electronics package with Bluetooth connectivity, and a slew of other adventure-oriented features. Our write-up on the 1260's EICMA reveal can be found here. 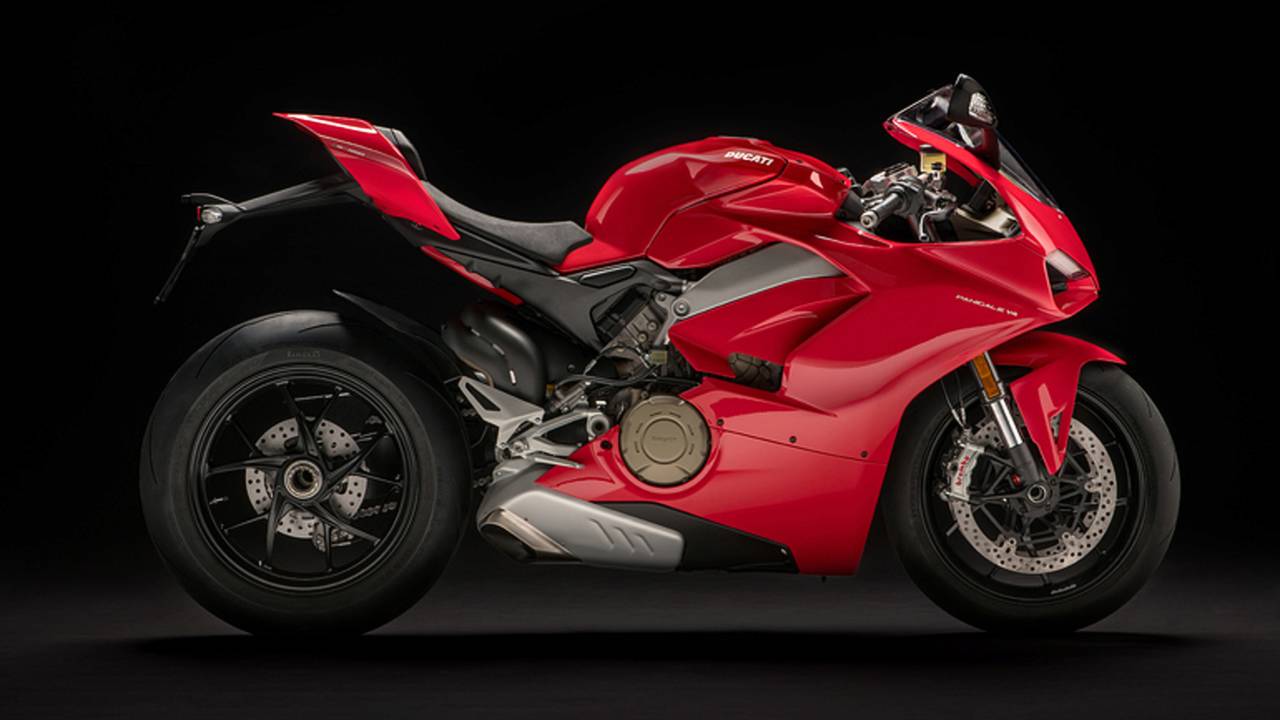 Powered by Ducati's powerful new 214 horsepower V4 engine, the Panigale V4 is a revelation. With its introduction, the V4 replaces the iconic 1299 at the top of the Ducati supersport range. Despite weighing a svelte 386 pounds, the bike is crammed with features and breathes fresh life into Ducati's upper echelons. Check out our Panigale V4 coverage here. 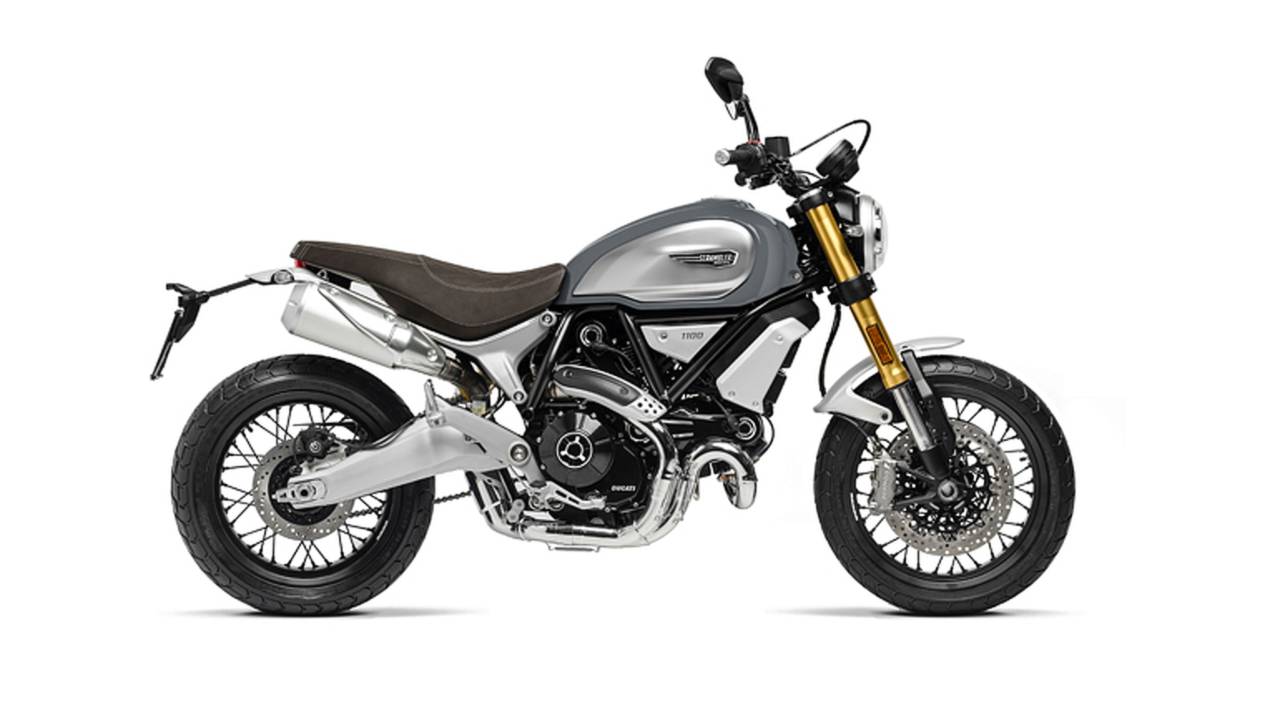 The Scrambler 1100 is the newest addition to the Scrambler family, and introduces a third engine to Ducati’s successful Scrambler product line. The big Scrambler 1100 Special looks extremely classy with its black spoke wheels, aluminum fenders, and high-mounted chrome exhausts. We talked about the Scrambler 1100's release last week during EICMA 2017, and you can read about it here. 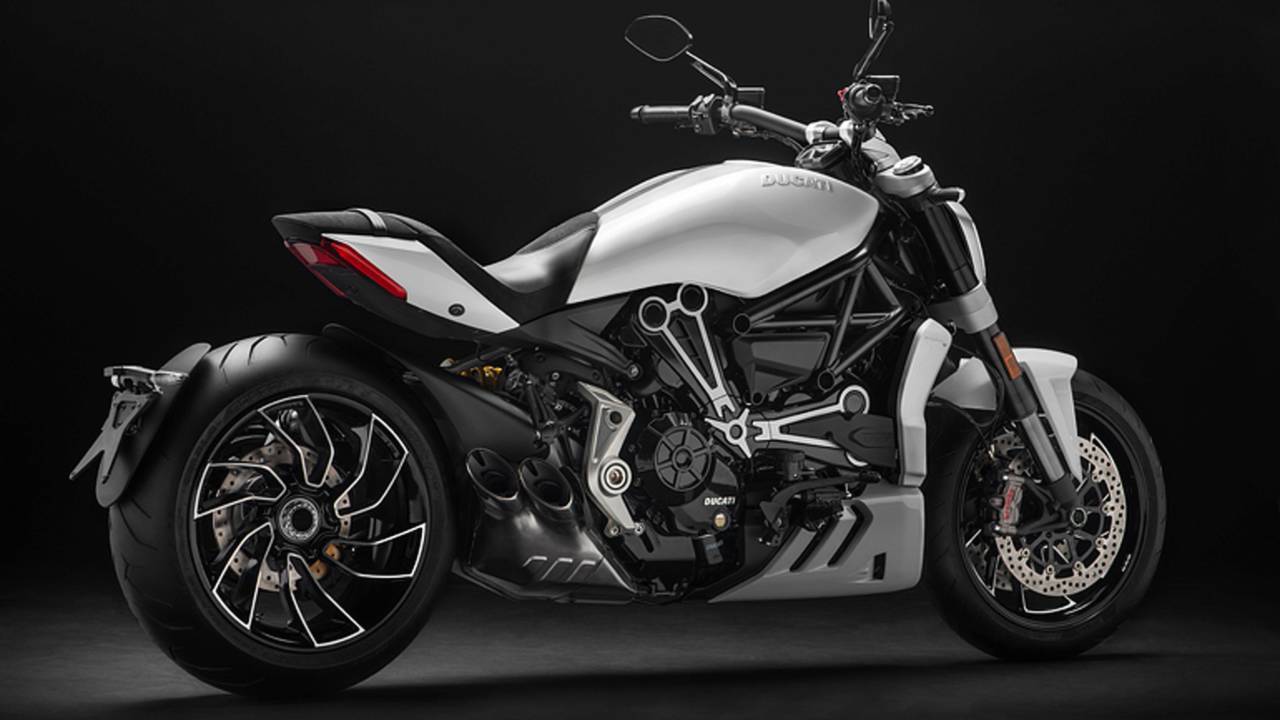 Ducati calls the bonkers XDiavel a "techno-cruiser", and while I'm not sure exactly what that means it seems fitting for a bike that looks like it rolled out of a sci-fi movie. For 2018, this burly Ducati got refreshed ergonomics thanks to improved suspension and a revised handlebar. The XDiavel is also getting a new color called Iceberg White (shown above) which looks really handsome on the bike's stretched out sheet metal.

Along with the six big-time debuts, Ducati plans to have other customer favorite bikes there like the Multistrada Enduro Pro. If you're in the Long Beach area and would like to check out these new Ducatis for yourself, the show runs November 16-18 at the Long Beach Convention Center.