We've been waiting a long time, and now it's here: the Panigale V4. A bike that begins a new chapter in the Ducati story. 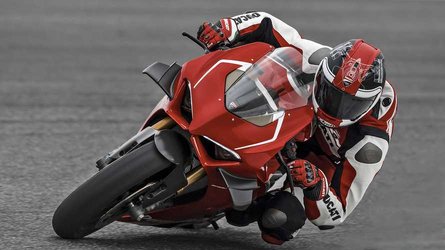 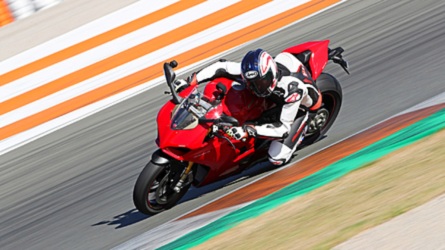 Folks have been eagerly awaiting the V4 ever since the Italian brand announced this summer that Panigale 1299 R was a "final edition." The Panigale V4 will be the first mass-produced Ducati bike to mount a four-cylinder engine, derived directly from the MotoGP Desmosedici. So expect performance; the 1103cc powerplant delivers a whopping 214 hp, according to Ducati, and a power/weight ratio of 1.1 hp/kg. 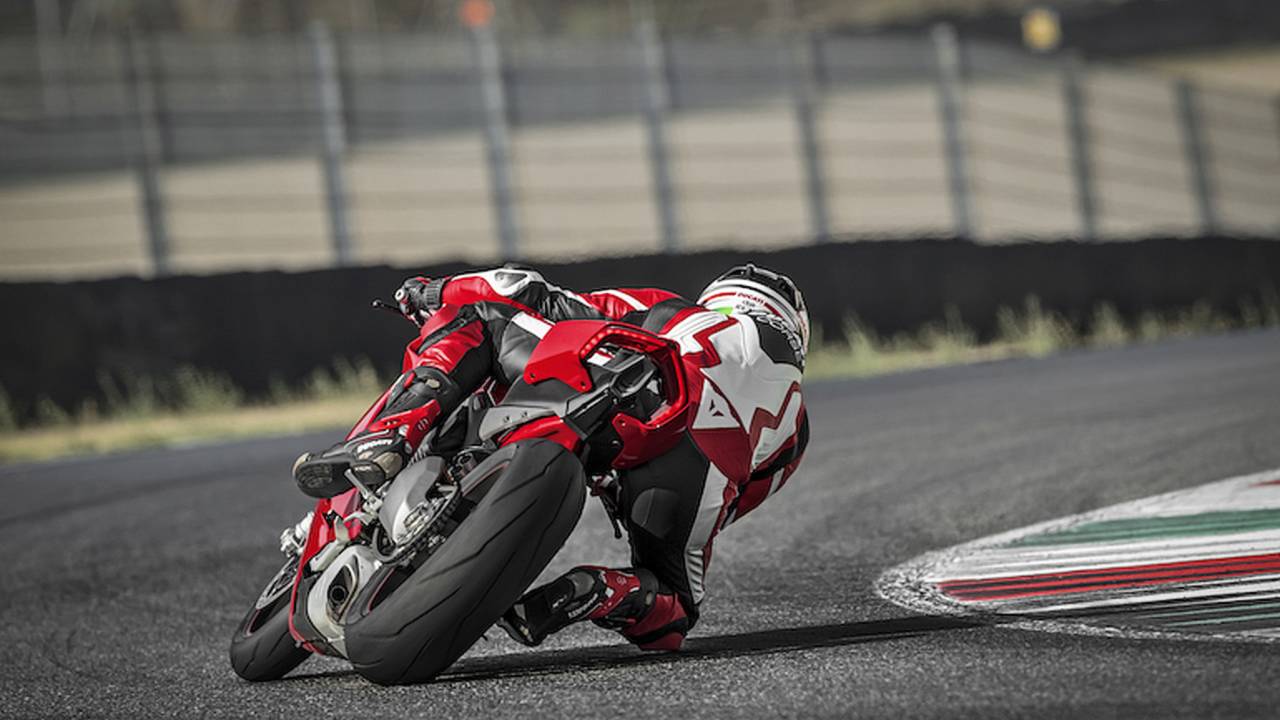 The Panigale V4 replaces the iconic 1299 at the top of the Ducati supersport range, which means that Ducati's claim that it's a bike that "riders of all skill levels can enjoy" is a bunch of hooey. Expect the usual Ducati wonderful insanity on two wheels. The Panigale V4 has been developed in collaboration with Ducati Corse, drawing directly on know-how and technology from the racing world to provide a road bike that is the closest thing possible to its MotoGP counterpart.

The performance of the Panigale V4 is underlined by a completely new design, which Ducati says, more effectively transmits power and "the essentialness of Ducati racing bikes." 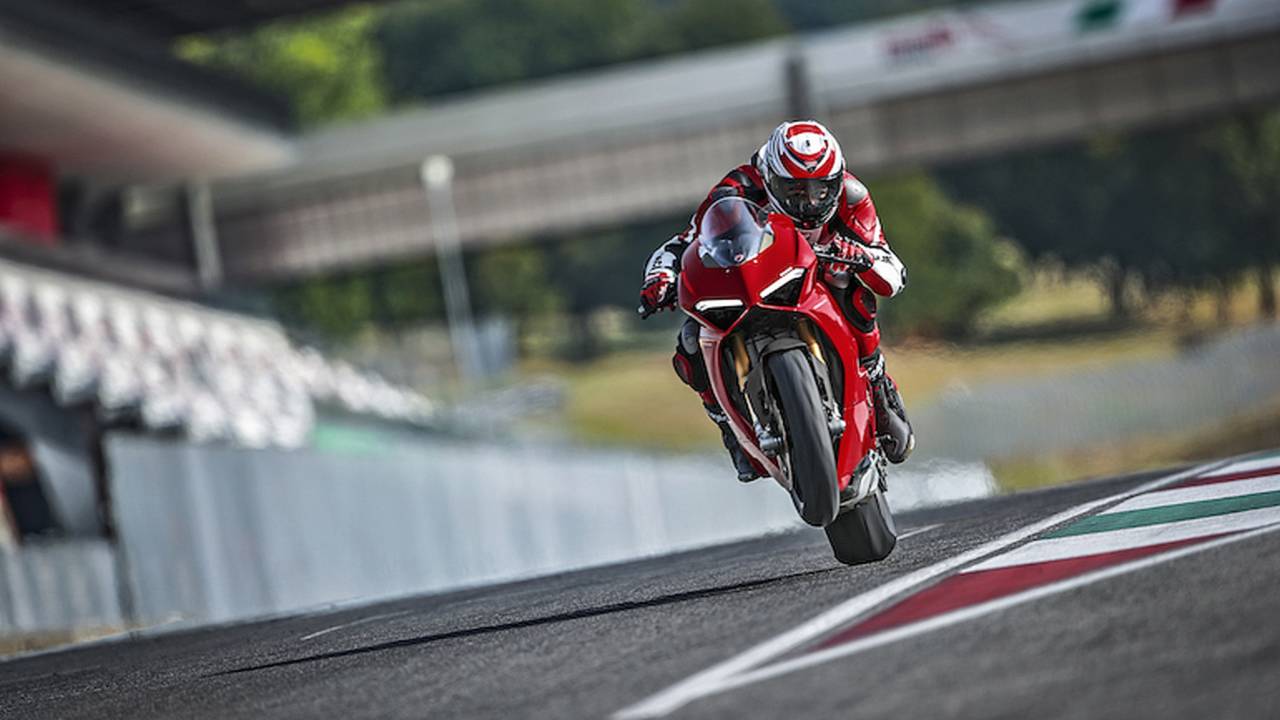 In addition to the Panigale V$, Ducati also revealed the Panigale V4 $... uhm... we mean Panigale V4 S. The latter mounts Öhlins suspension featuring the Smart EC 2.0 system with a new adjustment interface and top-drawer components such as forged aluminum wheels and the lithium ion battery. For those eager to spend all the money, there's also the exclusive Panigale V4 Speciale: a numbered, limited-edition bike with a dedicated livery, titanium exhaust and machined from solid components.

"The philosophy followed by the Panigale V4 development team mirrors the approach taken by Ducati when developing a racing bike: total integration of engine, chassis and rider," says Ducati. 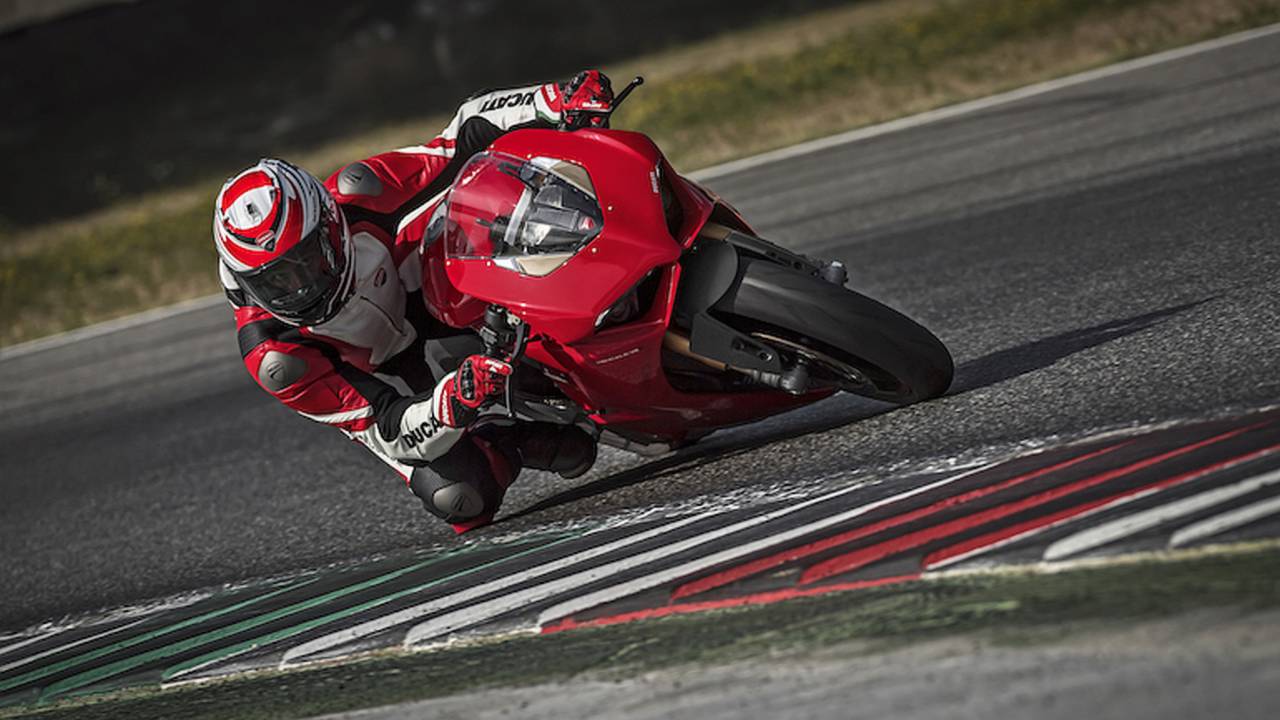 The bike's Desmosedici Stradale engine is a 90-degree V4 with Desmodromic timing. A longer stroke than that used in racing boosts low- to mid-rev torque and reduces maximum revs so that the power "is easier to handle" (Suuuuuuurrre – Ed). The new Ducati engine puts out a maximum of 214 hp at 13,000 rpm.Power can be boosted to 226 hp by mounting an accessory all-titanium Akrapovič exhaust. The Panigale V4 boasts has long maintenance intervals, with valve clearance inspection only necessary every 24,000 km (or 15,000 miles).

The engine uses a counter-rotating crankshaft and twin pulse ignition, which Ducati claims make it more agile during changes of direction, fast and stable on the straight, and ensure easier out-of-the-corner torque handling. To counter weight gain with respect to the 1299 Panigale Ducati has developed a new frame where the engine has a load-bearing function. Called Front Frame, it's more compact and lighter than a perimeter frame and uses the engine as a stressed chassis element. 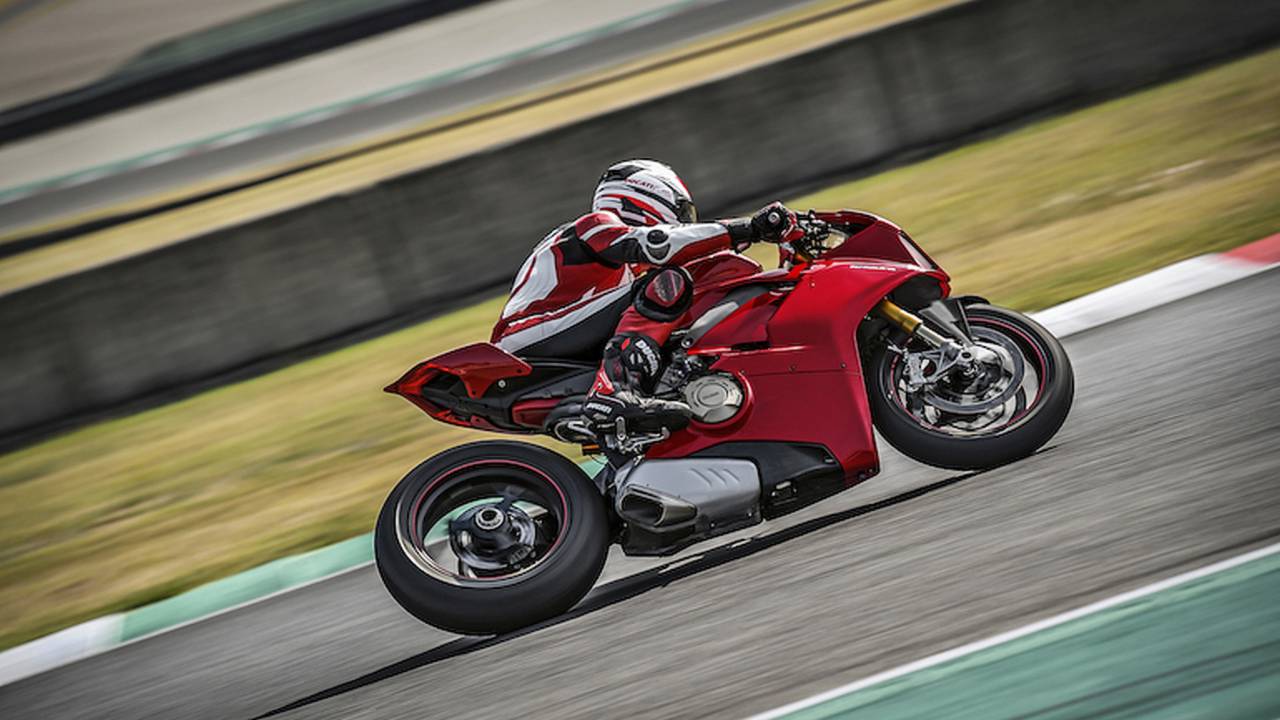 Ducati is also quick to brag about the Panigale V4's electronics package, which it says "defines new active safety and dynamic vehicle control standards in all riding situations." The Panigale V4 introduces controls such as controlled drift during braking, ABS Cornering on the front wheel only, and lean-angle-sensitive quickshifter. All these controls are incorporated in the three new Riding Modes (Race, Sport and Street) and can be adjusted via the bike's advanced TFT panel. 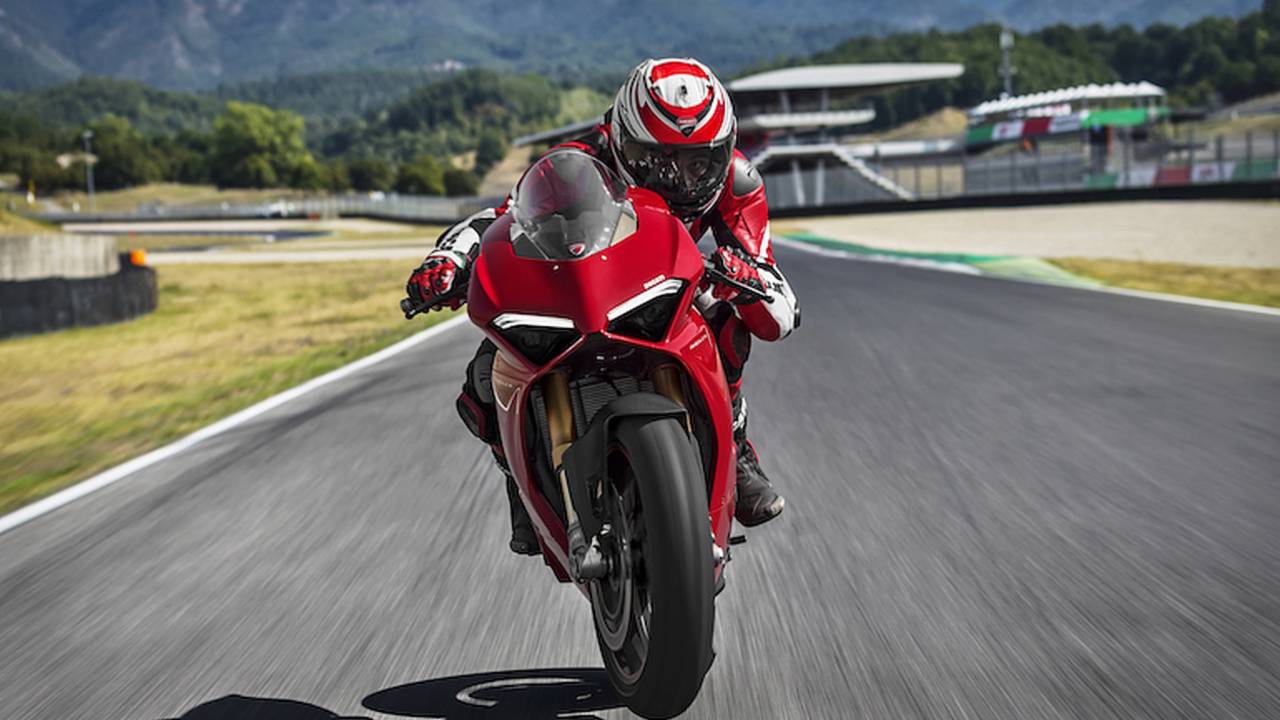