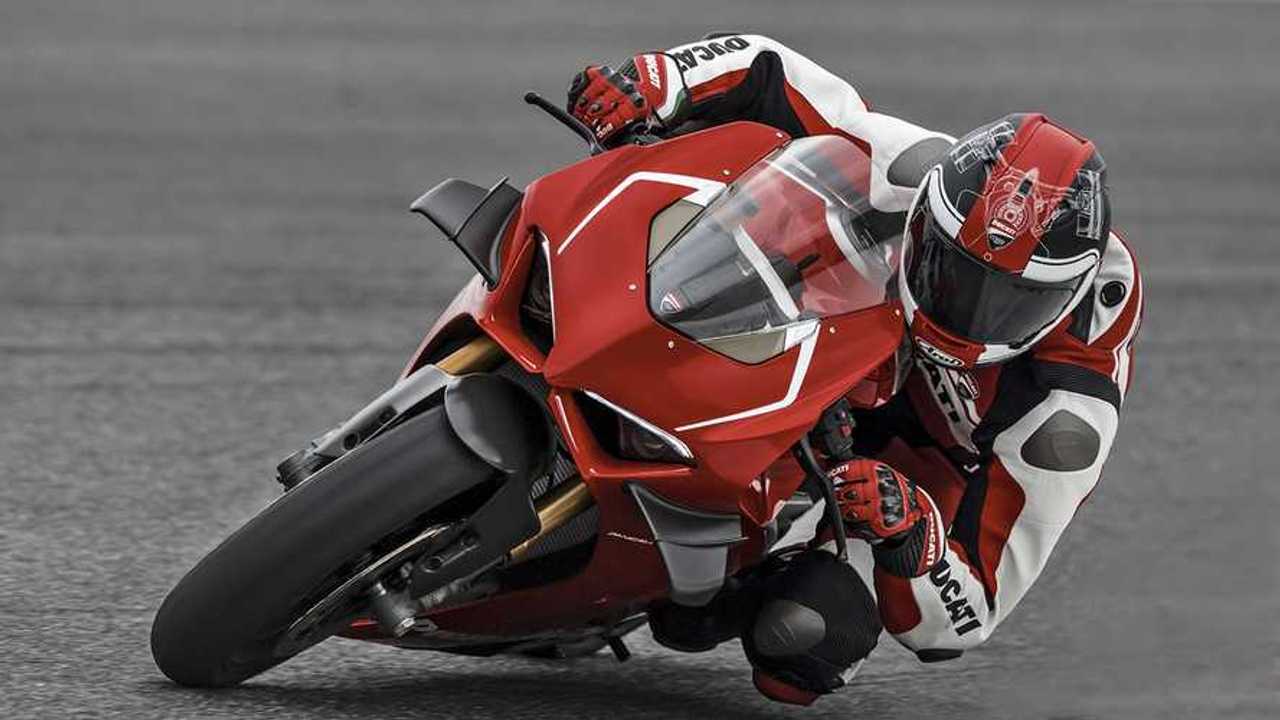 The most powerful production Ducati ever made.

If it’s red, has two wheels, and goes fast, there’s a strong chance it’s a Ducati. The Italian brand needs no introduction and is preceded by its reputation for producing (mainly) performance-ready bikes. The epitome of the sportbike is undeniably the Panigale V4—at least since 2011. New for 2019 is the addition of an “R” to the lineup. Here’s everything we know about the new Panigale V4 R.

In Other Pani News:

The name Panigale has been around for close to a decade. Over the past eight years, four variants of the model were introduced, starting with the 1199, followed by the 899, both later replaced by the 1299 and the 959 two years after their respective introduction to the market.

Then last year, inspired by the strides it’s been making in MotoGP, Ducati introduced its very first V4,1,103-cc, 90-degree Desmosedici Stradale engine that it placed at the core of a Panigale. For 2019, Ducati has decided to take things a step further—because we never have enough power—and introduced yet another version of the Panigale, powered by the same V4, but downsized to meet stringent new SBK regulations. In comes the all-new Panigale V4 R.

The engine is a 998cc, Desmosedici Stradale R unit, a smaller, but more powerful mill rated at 221 horsepower and 83 lb-ft of torque for a dry weight of only 379 lb (versus 214 hp and 384 lb for the standard 1-liter V4). Fitted with the racing kit that includes an Akrapovič exhaust, the R gets a performance increase with an output rated at 234 hp and sheds over 10 pounds in the process, tipping the scale at 364 lb, creating a 1.41 power-to-weight ratio. These numbers give the Panigale V4 R the ultimate title of most powerful production Ducati ever built.

The look of the R has been designed to look far more aggressive than the entry-level Panigale thanks among other things to the addition of gills in the fairing and of carbon fiber winglets on each side of the head. Ducati explains that the purpose of those dragon-looking wings (something something How To Train Your Dragon) is to create additional downforce and increase stability without relying on electronic systems while the gills help increase air flow.

The V4 R wears a set of Marchesini forged aluminum w-spoke wheels, fitted with Pirelli Diablo Supercorsa soles. Stopping power is provided by a pair of 330-mm semi-floating discs pinched by a four-piston Brembo Monoblock Stilema caliper at the front and a 245mm disc at the back teamed with a two-piston caliper at the back. Support is provided by fully adjustable Öhlins forks and piggy-back shock absorbers.

Equipment wise, the Panigale V4 R might not have a purpose for electronic stability control, but it does pack quite a number of technologies including cornering ABS, traction and wheelie control, riding modes, and auto tire calibration. The 5-inch TFT display also features a GPS module and gives access to the riding modes, a lap-timer, steering damper, and more.