Ducati adds a few more cc to its already ultra-powerful adventure bike, and slaps on a shedload of tech for good measure.

Already one of the fastest, nuttiest machines in the adventure-sport game, the Ducati Multistrada has been upgraded to feature an all-new 1262cc powerplant.

Launched in 2010, the Multistrada arguably helped drive the adventure bike evolution from clunking dual sports to rip-snorting, upright all-rounders. Ducati describes its Multistrada 1260 as possessing “four souls:” sportbike, long- distance tourer, everyday runabout, and enduro. Its new Euro 4-approved engine gives “ample low- to mid-range torque for even better rideability in everyday use,” according to Ducati. With 85 percent of the torque available at 3,500 rpm, the Multistrada 1260 claims the highest torque output in its class at 4,000 rpm. 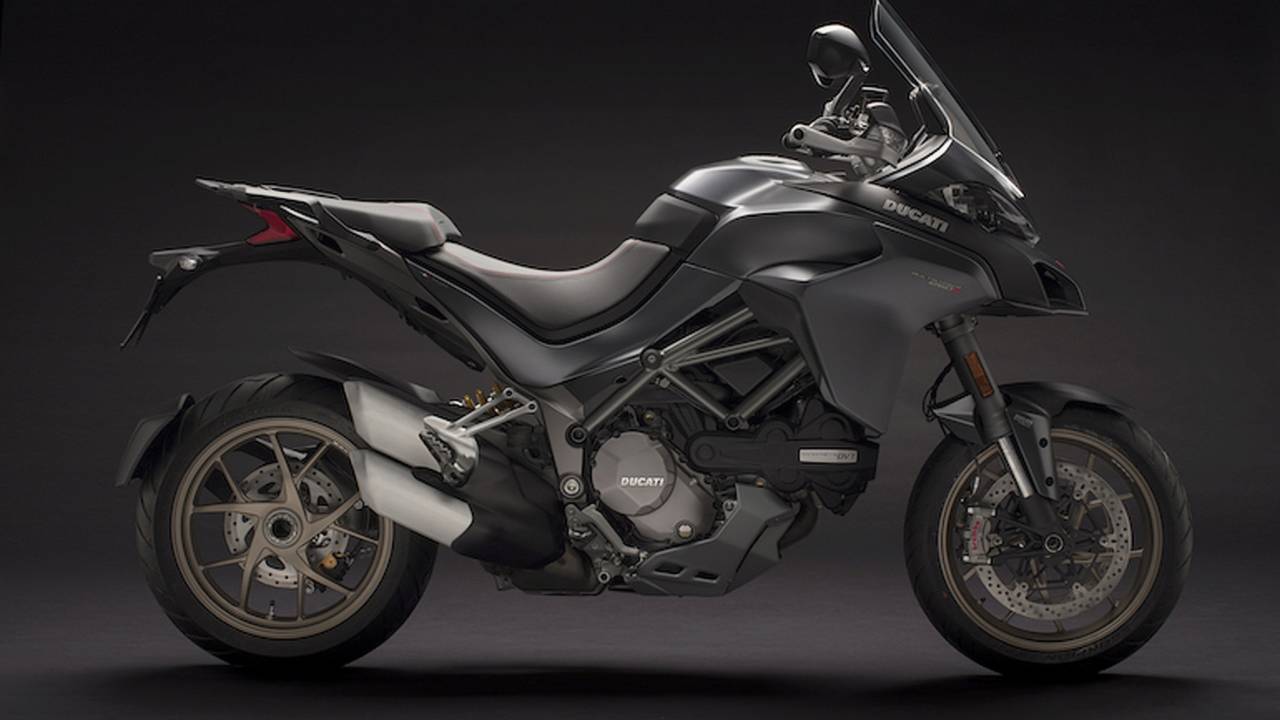 As you would expect, there is a Ride-by-Wire system, and up/down quickshifter. A high-visibility LCD instrument panel will wow techno nerds and the Italian manufacturer promises improved readability in the sun, improved graphic layout for user-friendly navigation through the menus, and selectable settings. In addition, Riding Modes have been assigned different colours so they are easier to identify: Sport is red, Touring is black, Urban is grey, and Enduro is brown.

You also get Cornering ABS and Ducati Wheelie Control (DWC). Both feature rider-settable 8-level sensitivity and can be disabled. All models feature cruise control. On the S version a Bluetooth module is included as standard. 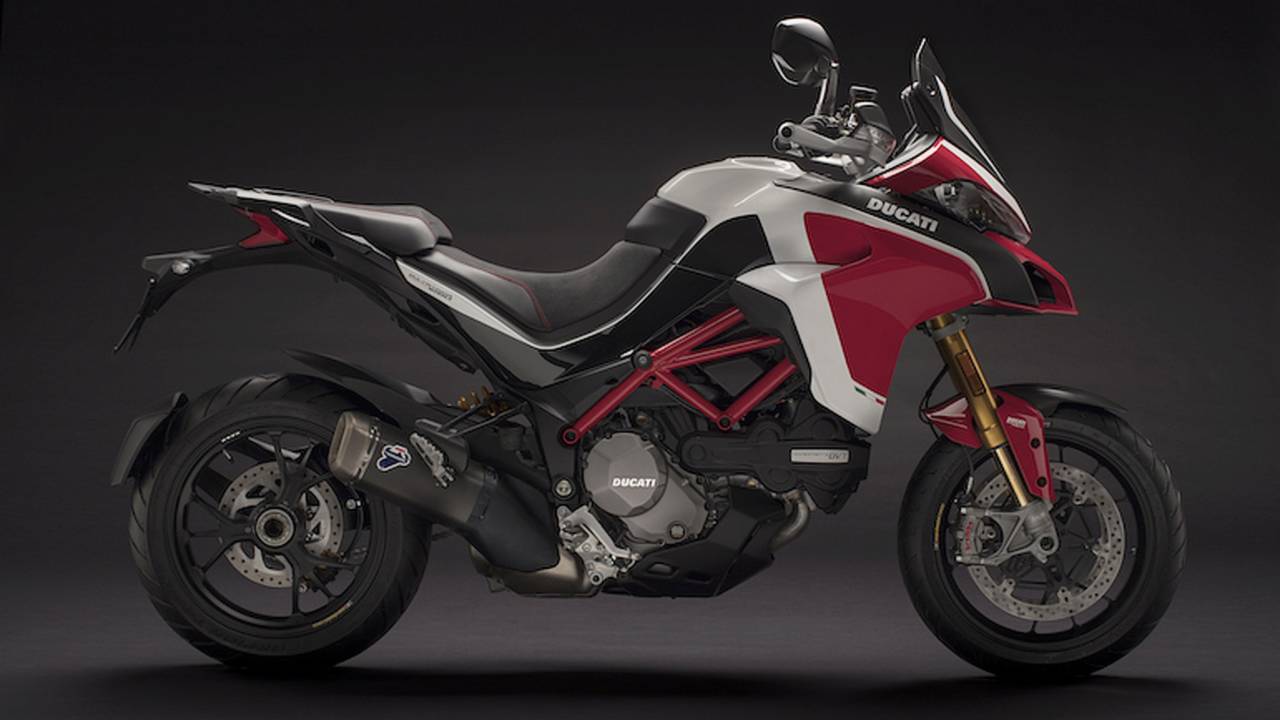 The Pikes Peak version - which draws its inspiration from the legendary American hill climb race - aims to bring out the sports character of the Multistrada 1260. Along with a race-inspired colour scheme, the Multistrada 1260 Pikes Peak comes equipped with new forged aluminium wheels lighter than those of the Multistrada 1260 S. In addition, the bike is fitted with the Öhlins fork and Öhlins TTX36 shock, which can both be adjusted mechanically. A carbon fibre Ducati Performance silencer by Termignoni and a low racing-type carbon fibre screen are also available. Further carbon fibre components include the front mudguard, hands free cover, and front side panels.

As part of the new Multistrada 1260 package, Ducati is pushing a smartphone app available for iOS and Android, which records bike data such as lean angle, current, average and maximum speed and power, and fuel consumption. The application also records the route travelled, which can be shared with other app subscribers.

A reward system (Good grief – Ed) gives prizes to users who reach several different goals based on the use of their motorcycles and different riding experiences.