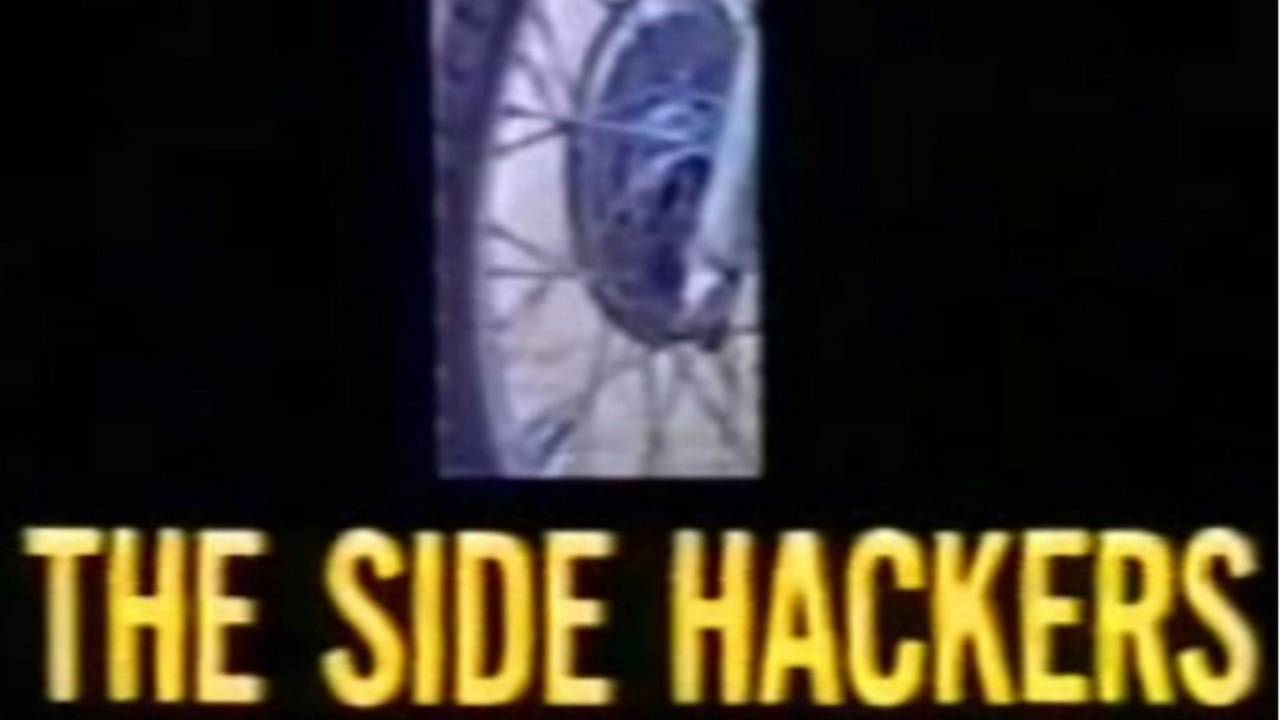 For a low budget movie made in the 1960s, the on-track footage is pretty impressive.

Watching the sidecar class at the Victorville Vintage Scrambles last week, and then pulling up clips from The Starfighters really had me jonesing to watch The Sidehackers. Luckily for me, you, and anyone who likes watching weird old movies, many episodes of Mystery Science Theater 3000 are up on YouTube in their entirety, including this one.

This movie starts off strong with a solid five minutes of off-road sidecar racing — the sidehacking of the title — filmed at the motocross track in Perris, CA, which is largely unchanged to this day. For a low budget movie made in the 1960s, the on-track footage is pretty impressive. I can only imagine it was shot from the passenger seat of a VW-based dune buggy. I say this because a passenger in a sidehack has to balance the bike, and you can't do that while holding the camera.

Our hero is the improbably named Vince Rommel (Russ Hagen). And while having an off-road motorcycle racer with the nickname of Hitler's master of desert warfare would make sense, the powers that be swung right for the nose, and chose it for his given name instead. His partner — in both sidecar racing and a motorcycle shop — is Luke (Dick Merrifield), a married family man. Rommel is in love with Rita (Diane McBain) and as the movie starts, is thinking of settling down and getting married.

The major conflict comes when charming, freewheeling, and psychopathic stunt rider J.C. (Michael Pataki) rolls into town with his entourage and needs some work done on his bike. But, probably because of the low, low budget, we never see J.C. or any of his crew in their stunt show. The movie just glosses over their act, and almost never shows bikes, gear, or anything. I guess they couldn't afford stock footage and there was no county fair around?

Though seen here on a bike, the closest J.C. gets to riding is being the monkey in a sidecar rig

J.C. wants Rommel (that magnificent bastard) to join the stunt show with his sidecar rig. J.C.'s girl, Paisley (Claire Polan, Ross Hagen's real life wife), wants Rommel to help her put on a much more intimate stunt show indoors...if you catch my drift. When Rommel turns them both down it sets the stage for rape, murder, and revenge. The sudden unexpected violence in the second half is the reason why this was the last movie the MST3K crew ever used without watching it all the way through beforehand.

The women in biker movies don't typically get Hollywood endings.

The dramatic showdown pits J.C. vs. Rommel and a rag tag group of guys he has scared up; however, Rommel has some moral issue with using guns. I personally don't think guns are the answer to most questions, but if the question is, "how do I avenge my fiance's rape and murder?" guns might be the answer. Things do not end well for anyone involved really, and you're left wondering where all the sidehacking went.

Rotten Tomato Rating: None, and only a 13% favorable audience rating.

RideApart Worth Watching: Yes. If you watch the movie without the MST3K jokes added there is about 20 minutes of neat sidecar racing footage at Perris. If you watch the Mystery Science Theater 3000 version, it has that plus plenty of stupid jokes.

Redeeming Quality: The soundtrack isn't bad if you like weird, fuzzy garage rock from the 1960s. Some of the music is by Mike Curb, who went on to such success in business and politics that he has a whole building at University of California Northridge named after him.

Quick Bike Note: The bikes are very interesting. Most of them are British, but there is at least one Harley-based, off-road sidecar rig out there. These sorts of bikes have always been a very niche market, and back then they were mostly home built jobs. Don't be fooled by some of the bikes on the lobby cards though—there is no flat track or road racing in this film.

Also Worth Noting: This movie is also known as Five the Hard Way, but I have no idea what that title is supposed to mean.

You can still ride and race at Perris Raceway, with practice or race events during the week and on weekends, year round. In fact the flat track Hell on Wheels typically races at is next door to the Perris MX track, so I am there every few months.

Goldie Hawn is in this movie in a crowd scene, because she was married to the director, Gus Trikonis, at the time. I would not have recognized her, but the internet assures me she is there, so this must be the back of her head.

This is another movie you can watch practically anywhere, there are 2 streaming MST3K versions on YouTube, plus the original version (broken up into 10 parts), and another MST3K version on Daily Motion.