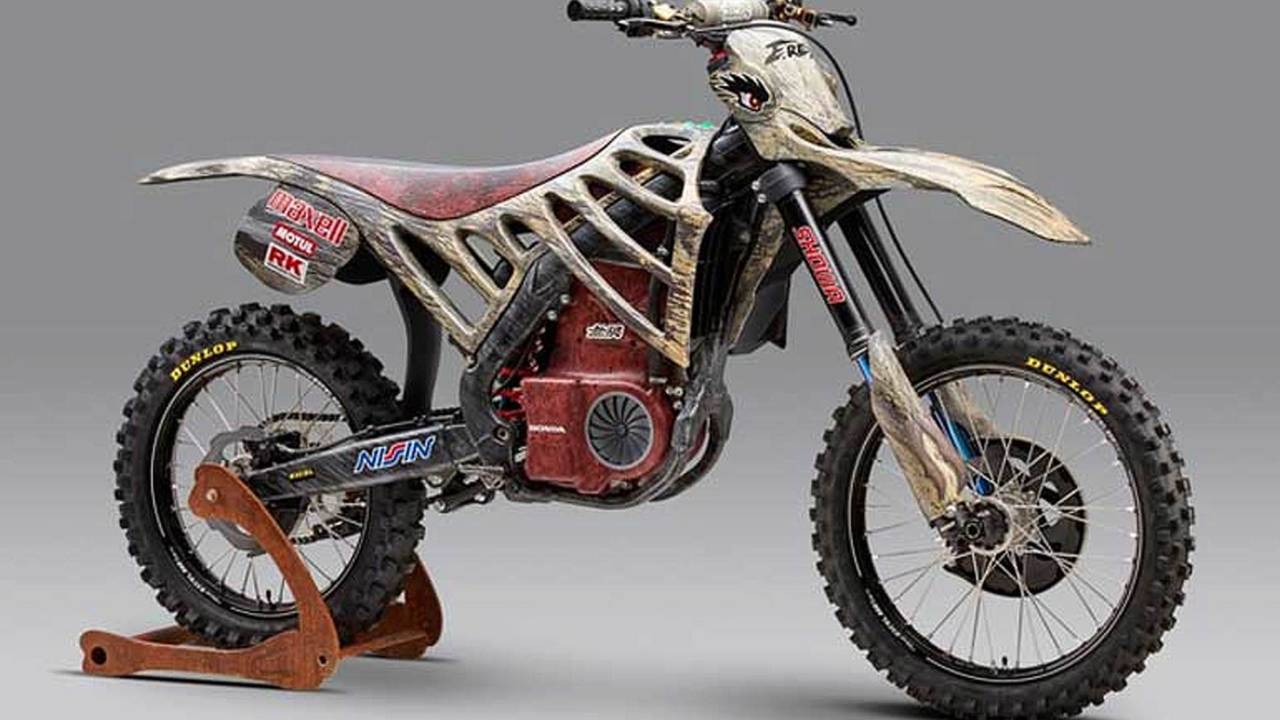 Mugen Motorcycles has released its Isle of Man TT racer and a wild looking off-road bike.

Mugen Shinden, the separately-owned development lab and skunkworks for Honda, has released the E.Rex and Shinden Roku electric motorcycles. Displayed at the recent Tokyo Motorcycle Show, the E.Rex is built on a Honda CRF 250 chassis, with bodywork of the E.Rex intended to emulate the look of the famous dinosaur. We doubt this would be the bodywork that will be offered on the production version, but these are the images we were supplied with. The company offered no specifications for the Rex, but showed it as an example of Mugen and Honda’s effort “to work together to explore the future potential around the world for electric motocross machines."

Honda has in the past shown prototypes of electric two-wheelers for urban use, such as the EV-Cub concept of 2009, which is rumored to appear in showrooms next year. The future of the concept sportbike RC-E remains uncertain. The fact that attention has seemingly shifted to electric off-road machines may well be a sign of things to come.

The Shinden Roku, scheduled to compete in the 2018 electric ZeroTT at the Isle of Man with riders John McGuinness and Guy Martin, is little changed from last year. It weighs in 4.5 pounds lighter at 546.7, while the motor has the same power rating, 120kW (160.9 horsepower) with 210 Nm (154.89 pound-feet) of torque. The bike reportedly has a new battery that will extend its range.