Riding On the Wrong Side: Proclaiming My Wrongness 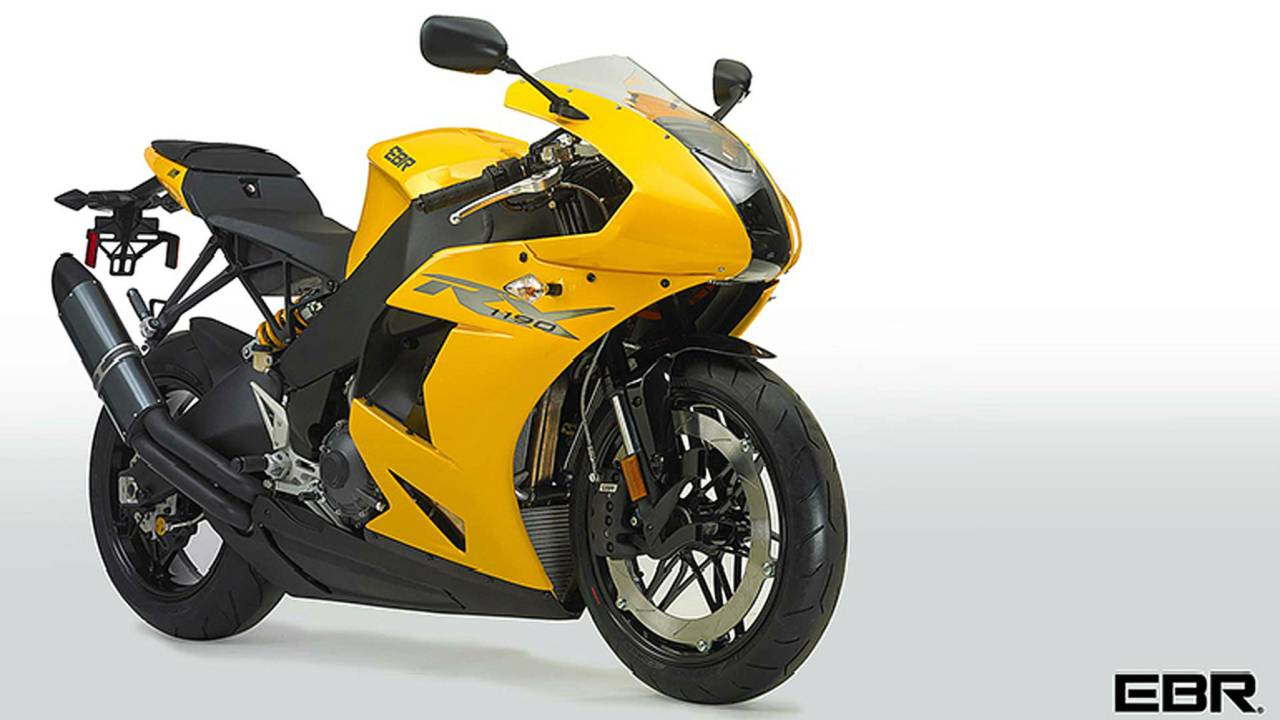 Well, EBR is alive. That much is true. But is it sustainable?

A few months ago, I wrote an article in response to the acquisition of EBR by a company known as Liquid Asset Partners, which describes itself on its website as specializing in "turning your underperforming assets into cash."

In that article I stated quite assuredly that Erik Buell's eponymous sportbike company was finally, truly dead.

"Let's be honest with ourselves," I wrote. "It's over. The final chapter has been written. EBR is no more, and nevermore shall be."

So confident was I, however, that I chose to double down on my claim, stating for all the interwebs to see: "I will be the first to cheer if I am ever proven wrong. I will loudly and happily proclaim my wrongness. I'll write... about what a cynical dummy head I've been. But I really don't think I'll get a chance to do that."

Of course, you know what happened next. Last week, EBR announced that it is, indeed, back again. Liquid Asset Partners, despite its name, has apparently chosen not to liquidate all of EBR's assets but instead develop a "multi-year plan, and a 5- to 10-year vision" to put EBR back in the game. Production restarted on March 1st and the first bikes are expected to roll off the assembly line on St. Patrick's Day.

Specifics on that 5- to 10-year plan, as well as details on EBR's "aggressive" MSRP, are still forthcoming, but in the meantime the company has invited the general public to celebrate at its East Troy, Wisconsin, factory on 18 March.

All of which means I appear to have been wrong. A company that is 100% dead doesn't assemble bikes and offer free hot dogs. I guess I was being a cynical dummyhead, swimming the wrong way in a pool full of wrong juice while wearing my wrong pants.

So, here I am happily proclaiming my wrongness. Buell is back, baby, and everything is great. Nothing to worry about at all.

And yet...I do wonder what's going to happen after this initial wave of bikes is gone. In an interview with the Milwaukee Journal Sentinel in July 2015, Erik Buell said that in the wake of EBR's collapse it had bikes "just sitting there, covered in plastic, waiting to be finished."

One assumes the bikes coming off the line on March 17th will be those same bikes that have been sitting on the shelf for roughly a year— bikes that are no different than when introduced in 2014.

Whereas two years is practically nothing considering the pace of change adopted by most American motorcycle companies, it's a decent stretch in EBR's chosen field of sport/performance bikes.

Two years ago, the 1190RX was almost as good as the Ducati Panigale 1199, according to many moto-journalists. But now the Panigale is a 1299 and the 1190RX lacks the ABS and Euro4 compliance needed for it to even be legal in the European market, where the largest concentration of sportbike riders is found.

However, even in Europe, the popularity of sportbikes has plummeted in recent years. Wherever EBR sets up shop (it's still trying to put together a dealer network) it will be selling an outdated product to an ever-shrinking crowd. And once the current stock of bikes runs out, once those bikes from 2014 are sold off at fire sale prices to sentimental patriots, what then?

What happens when EBR has to make truly new motorcycles? Does it have the equipment, the resources?

Maybe it does. Maybe the promised 1190AX adventure sport model was close to being ready when EBR collapsed a year ago and can get off the ground quickly. Maybe the company didn't lose that model in the split with Hero Motor Corp. Maybe it has the supply network and wherewithal to produce that bike and seize upon the current adventure-sport craze. Maybe the 1190AX is good enough to compete. And maybe the 1190RX and 1190SX will be updated, as well, to put them more on par with their competition. Maybe dealers and consumers will get fully behind EBR despite previous stumbles.

Maybe. Maybe. But that sure is a lot of maybes. And I just don't see it happening. Liquid Asset Partners has said EBR has "financial stability," but in the same breath expresses an interest in "new partnerships or investment." It's entirely possible that I don't understand the business side of motorcycling well enough, but that doesn't sound like a company on solid ground.

I find it so difficult to be anything other than cynical when I consider the future of EBR. But that wasn't the deal two months ago. I can't move the goalposts. I didn't say I'd proclaim my wrongness as soon as EBR delivered new, desirable models and turned a profit. I simply said I would apologize if I was wrong about EBR being dead.