Crank Up Your Productivity With CAKE's Work Series

Uprated versions of the Kalk, Ösa, and Makka.

Swedish electric mobility company CAKE has been innovating the industry with its impressive new product offerings in recent months. The company recently launched a special edition variant of its Kalk enduro electric bike specifically for anti-poaching initiatives in Africa. Apart from this, it has received numerous awards and accolades, such as the Red Dot design award, for its intuitive modular electric scooter, the Ösa.

For the benefit of those who rely on their motorcycles for a living, as well as to promote greener, more sustainable mobility, CAKE has launched a new Work Edition model lineup for the 2022 model-year. Showcased in EICMA 2021, the Ösa, Kalk, and Makka will be made available with a special Work Edition variant targeted towards craftsmen and tradesmen who intend to use their CAKE vehicles in their line of work.

The CAKE Ösa Work features all the utilitarian amenities found in the standard Ösa, but offers extended range and performance thanks to its larger batter. CAKE claims that the Ösa Work's battery is capable of returning 100 miles of range on a single charge. On top of this, the Ösa can also be used as a portable work bench thanks to power outlets integrated into its design. This makes the Ösa Work even more versatile, as it can now cover longer distances and provide longer lasting power to tools and equipment.

The CAKE Makka made its debut in September, 2021, and served as CAKE's entry-level electric scooter offering. It, too, gets a new Work edition which sees the effective battery capacity doubled as against that of the standard version. Its robust structure allows you to carry a variety of tools, equipment, and products thanks to mounting points for luggage racks and other accessories. Additionally, USB and 12V outlets allow you to charge your gadgets while on the way to work. Additionally, the Makka gets two riding modes, with Flex focusing on speed, and Range optimizing battery performance to deliver up to 70 miles on a single charge.

Last but not least, the off-road focused Kalk also gets a Work series release. Already a capable off-roader, as evidenced by the first Kalk-exclusive racing series held in August, 2021, the Kalk Work is made even better thanks to improved performance and range. CAKE states that the Kalk Work is ideal for security jobs such as surveillance and patrolling. 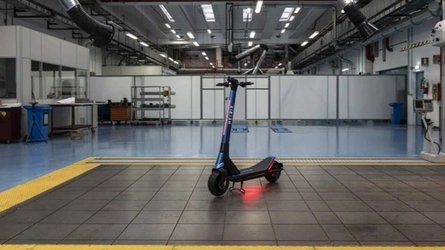 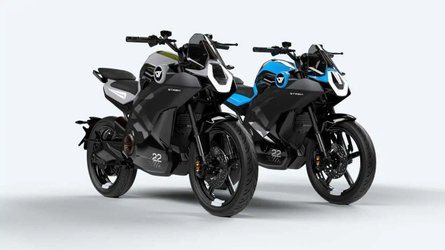