Here's What It's Like To Ride The Cheapest Scooter On Amazon 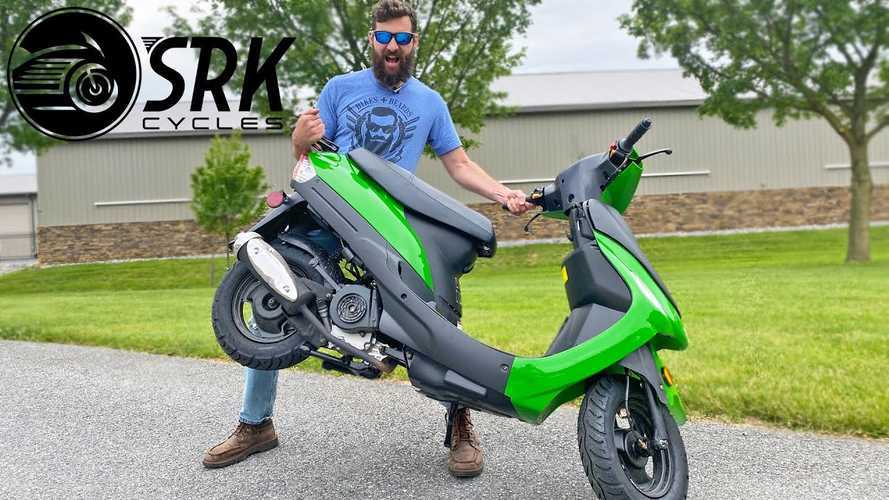 It’s the moment you’ve all been waiting for. SRK Cycles, the same people behind the Bikes and Beards YouTube Channel, just dropped their ride review of the $794 Tao Tao Pony, a.k.a. The Cheapest Scooter On Amazon.

We had our first look at this scooter in May, 2020, when Bikes and Beards purchased the cheapest street-legal step-through available on Amazon. At that point, we got a quick run-down of the Tao Tao Pony, complete with a Honda-derived, Chinese-made, 50cc ,four-stroke engine.

Would You Buy A Chinese Motorcycle?

The initial impressions were rough, and assembly was complicated thanks to a poorly translated owner’s manual. As it turns out, the Pony isn’t much fun to ride, either, although the review points out it’s not all bad.

On the street, the engine lacks power. Sean’s basic impression is “This is probably the crummiest thing I’ve ever driven.” He does say that it’s still kind of fun, but you wouldn’t want your friends seeing you on it.

Sean figures the scooter might improve drastically if he adds a new carburetor. Online comments say this is the cause of the Pony’s wimpy power, and if this makes a difference, no doubt we’ll see that in another video. For now, he does have a few other positives for the Tao Tao. Although it’s craptastic, it is extremely affordable motorized transport, it’s good on gas, and in some states you don’t even need a license to ride it. While the Pony may be slow, that doesn’t really matter if all your friends are on equally slow scooters, and you’re having fun together.

With all that in mind, is this made-in-China moto worth the $794 price tag? Like many purchases, it really depends what your expectations are. If you’ve got a need for speed, look elsewhere.That said, this review points out the Tao Tao does have some benefits—at least, as long as it holds together. Stay tuned on this one, because there’s probably more to the story of the Pony.