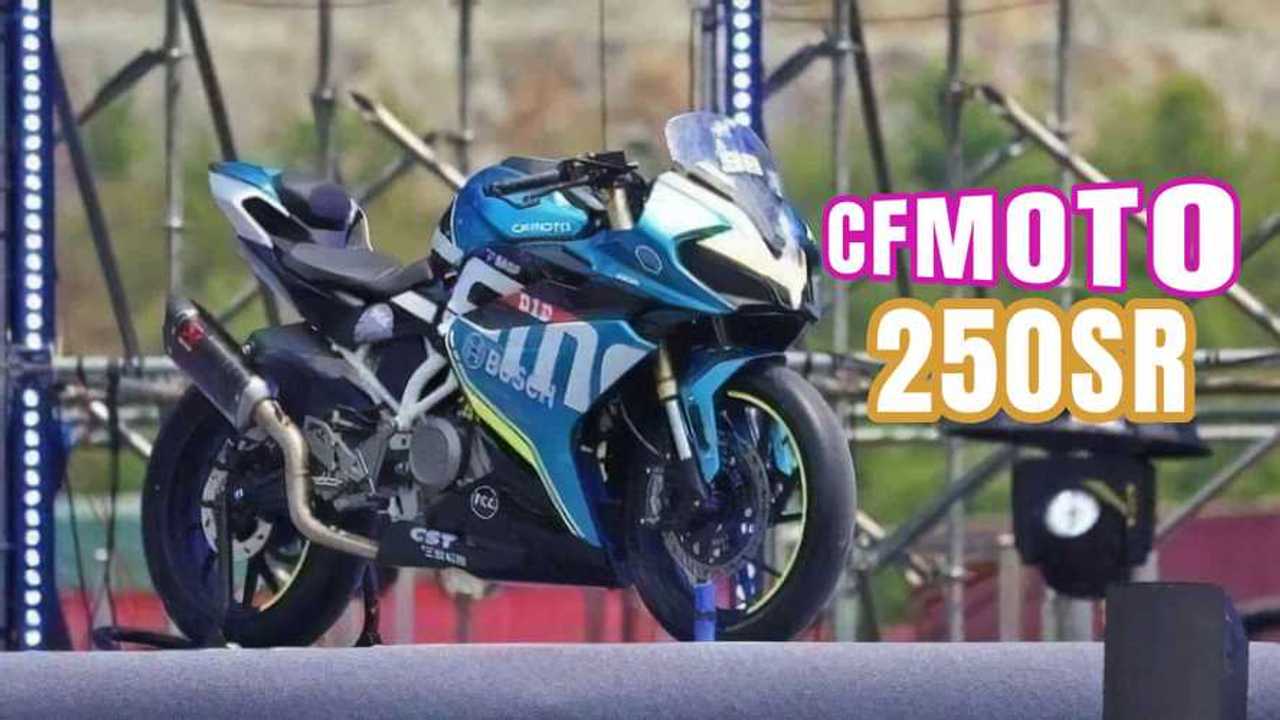 But is it any good?

Our friends at Bennetts in the UK have what they say are leaked photos of a production model CFMoto 250SR. The photos show a road-ready version of the race-ready 250SR sportbike the Chinese firm unveiled earlier in 2019 which is pictured above.

The Chinese firm already builds bikes for local markets, and is also responsible for manufacturer of KTM units sold in China. It also builds the 799cc lump found in the 790 Duke. As we mentioned back in August, CFMoto is also working on a big-bore streetfighter using KTM’s LC8 v-twin motor.

This small-bore sport bike looks pretty trick, and gets features like a tablet-style instrument panel similar to what we see on recent Italian bikes. If photos are to be believe, the SR has a lot in common with the existing CFMoto 250NK standard. That bike’s 249cc single is good for a modest 26 horsepower.

Upside down forks and LED lights all around make this bike seem upscale on first glance at least, as does the striking styling. Whether or not production models will live up to the standards of fit and finish we’ve come to expect from similar small-displacement offerings from Japanese marques is yet to be determined.

A far bigger question is, will we get these bikes here? Bennetts says the bikes are expected to retail for around 3,500 British Pounds if and when they land there, which is about $4,300 US. That’s a little close to the $4,999 you can pick up a Kawasaki Ninja 400 for to really make a dent in market share here.

That fact, coupled with the current trade climate between the US and China makes this bike a hard sell for North America. Despite that, the CFMoto 250SR is an interesting bike worth watching. It could be a significant step in China’s quest to become a consumer-facing force in the motorcycle industry – and not just a manufacturing base for other nation’s brands.