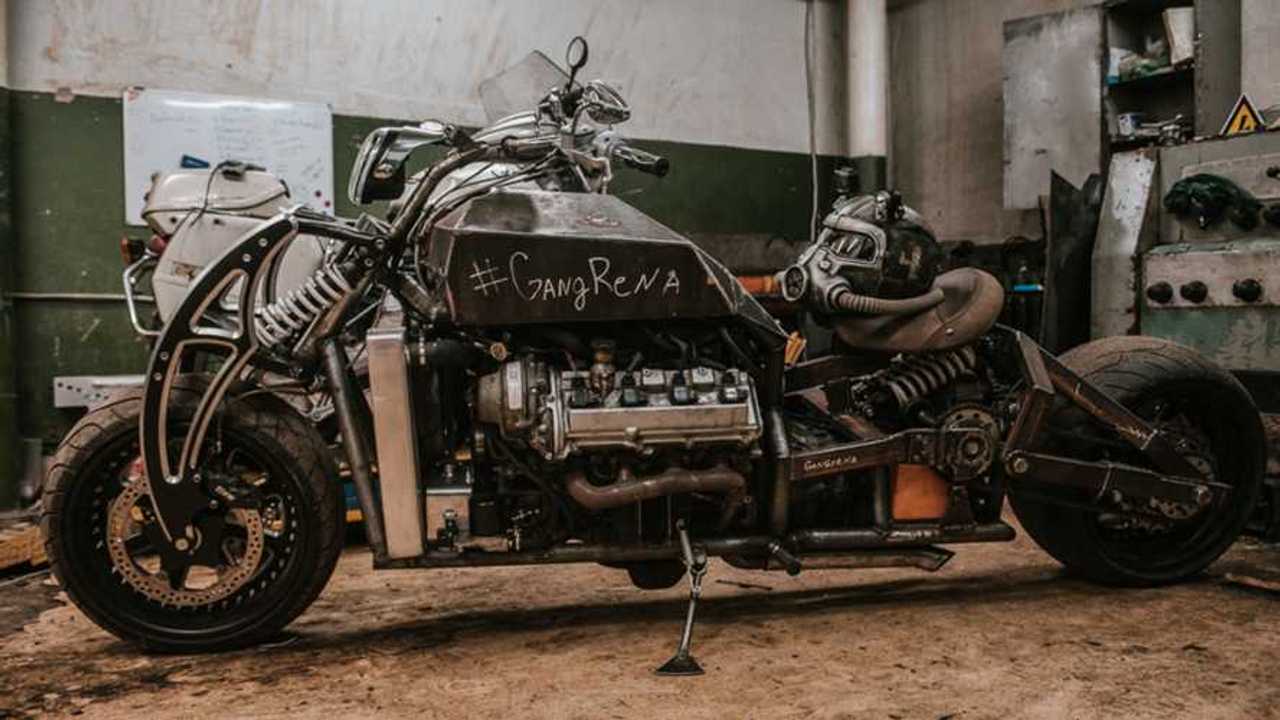 Way, way back in 1997, a company called Interplay released a little game called Fallout and changed the face of computer gaming forever. That's a bold statement, I know, but bear with me here. Inspired by 1988's Wasteland computer RPG and a handful of nerdier, pen and paper games, Fallout takes place in a retro-futuristic, post-apocalyptic wasteland full of robots, deathclaws, pitch black humor, and a ton of 50s atomic-era kitsch. Since the original Fallout, the series has spawned numerous sequels and spin-offs—including my favorite, Fallout: New Vegas—all tied together by their setting and by the soothing tones of Ron Perlman's narrator. In a word, the Fallout series rules.

The Five Best Motorcycling Video Games Ever Made

So, why am I giving a history lecture on nerd games on this here motorcycle website? Well, what if I told you that the Fallout series gave rise to an incredible cosplay community and that one of the biggest places for Fallout cosplay is Mother Russia? What if I also told you that one of these dedicated cosplayers went and built himself a Lexus-powered, post-apocalyptic motorcycle to go along with his costume? Would you say that was pretty cool? You should, because it happened and it is, without a doubt, pretty cool.

According to Russia Today, a young man from Ufa, Republic of Bashkortostan, Russia, saw a V8-powered bike from America (probably a Boss Hoss but the RT story is pretty light on details) and decided he wanted some of that action. So, like you do, he went out and scrounged up an old Lexus V8 (it looks like a 1UZ mill, but I'm not a Lexus guy and, once again, the story is really light on details) complete with its automatic transmission. Then he welded up a very sketchy-looking frame out of box section steel, grafted on a crazy girder-style front end, slapped some car tires on it, y voila—one DIY V8-powered monster bike.

The Lexus bike weighs almost 1,800 pounds and has two final drive chains, a 360mm rear wheel, 300 horsepower, and what looks like the riser, headlight, handlebars, and instrument binnacle off a Harley V-Rod. I just.. this thing is bonkers and it rules so hard. Our man apparently put the bike together to go along with his Fallout cosplay (see? Told you I'd tie it all together) and has been riding it around Ufa and Yekaterinburg this summer while sporting his custom T-45 power armor helmet.

This unnamed Russian hero told Proural.info that he plans to ride the beastly bike from Ufa to Vladivostok on the country's East Coast, a trip of over 3,000 miles. He definitely has more faith in his fabrication skills than I do. That said, I wish him luck and I'll toss back a couple shots of vodka in honor of his trip. Good luck, tovarisch. You're gonna need it.