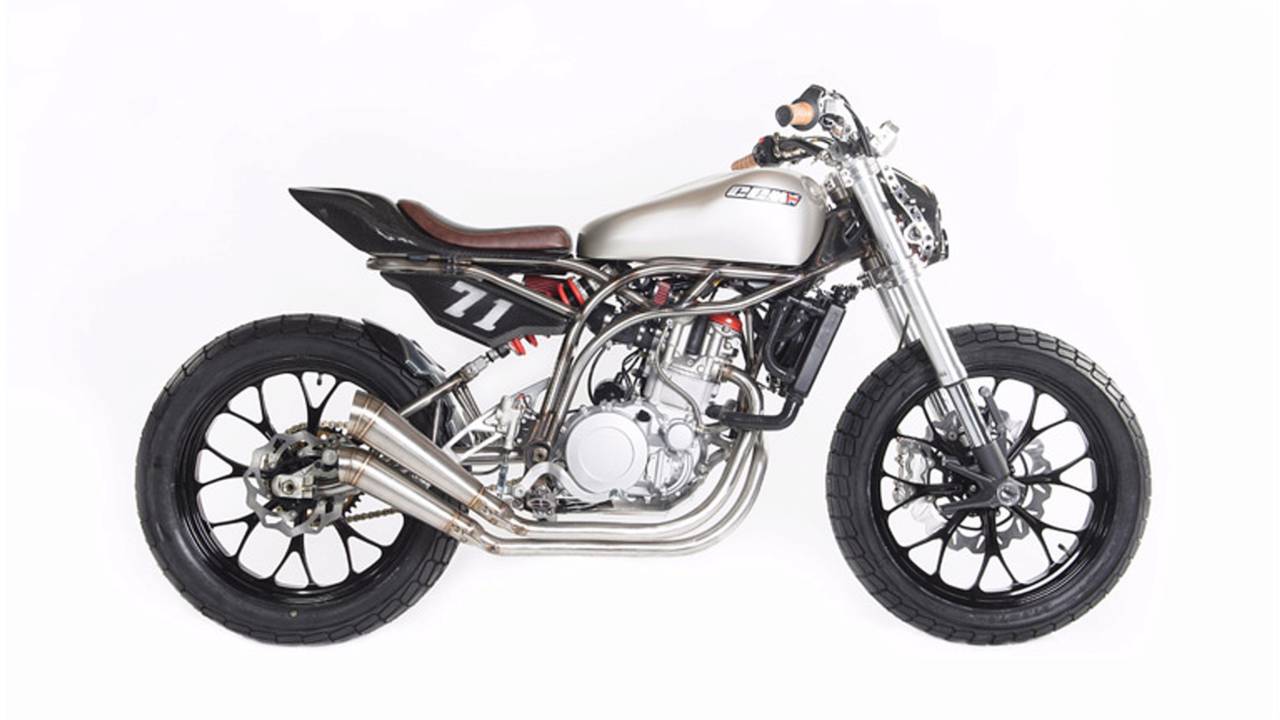 Back in February, British bike maker CCM unveiled their stunning, limited edition Spitfire at London's Bike Shed Show. Known primarily as a purveyor of fine dual sport, trail, supermoto, and adventure bikes, the company surprised the motorcycling world with its new BMW-powered offering. Since then, CCM broadened the offerings of their low-production Spitfire range with the introduction of the Spitfire Cafe Racer and Spitfire Scrambler, both of which sold out almost immediately. Now, the company's latest Spitfire variant, the FT6 Flat Tracker, is ready for prime time.

Our colleagues over at MCN broke the news about the Flat Tracker earlier this month with an exclusive scoop (lucky ducks), and now it seems that the bike is on display and selling fast at the Motorcycle Live show in Birmingham, England. Using the same trellis frame and Bavarian-sourced 600cc single as its stable mates, the Flat Tracker's design was inspired by early AMA flat trackers as well as CCM's own championship bikes. It features a pair of stylish, upswept silencers, LED lighting, copious amounts of carbon fiber, and a pair of bespoke CNC-machined alloy wheels wrapped in some aggressive-looking tires.

"It's been the star of the show for us, and so many people have said it's their bike of the show," CCM Head of Customer Experience Josh Drogan told MCN. "It's selling incredibly well. We've had about 80% of the sales at the show so far and if the sales carry on at this rate there won't be any left by the end. We expect the Flat Trackers to be ready by late spring."

There's no word on pricing, or whether or not the Flat Tracker will be available in the States. I guess it's moot if they pre-sell every example at the show this week, though. One of these days I'll get my hands on a CCM, and when I do you'll be the first ones to hear about it.