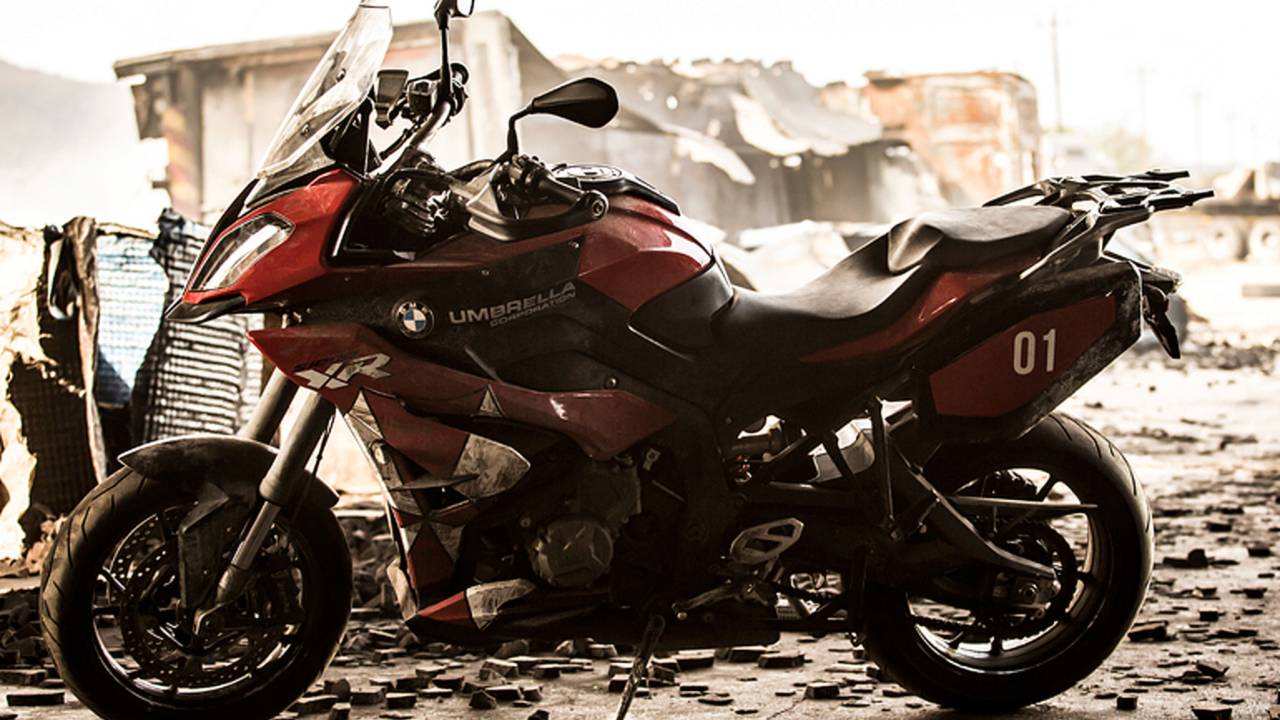 You will not have to fight zombies for a chance to win this Resident Evil BMW S1000R. All you have to do is visit the BMW website to get in on this giveaway

BMW Motorrad’s first adventure sports bike – the BMW S 1000 XR – made its movie debut in “Resident Evil: The Final Chapter,” which recently opened in theaters nationwide. Based on Capcom’s popular video game series, it’s the final installment in the most successful video game film franchise of all time, grossing more than $1 billion worldwide to date.

Alice rides the S 1000 XR as she returns to where the nightmare began – The Hive in Raccoon City, where the Umbrella Corporation is gathering its forces for a final strike against the only remaining survivors of the apocalypse. (Hey, does Rocky Racoon live in Raccoon City?– Papa)

If you would like an S 1000 XR of your own, this may be good news for you. Two Lucky Fans Will Win A BMW S 1000 XR, in conjunction with the release of Resident Evil: The Final Chapter, BMW, AMC Theaters and IGN Entertainment, Inc. joined forces to offer fans two chances to win a BMW S 1000 XR of their own in two separate sweepstakes. For more information on the sweepstakes and winners, visit:

Watch the trailer and learn how to make a quick and successful getaway of your own on the BMW S 1000 XR by visiting: www.bmwmotorcycles.com.