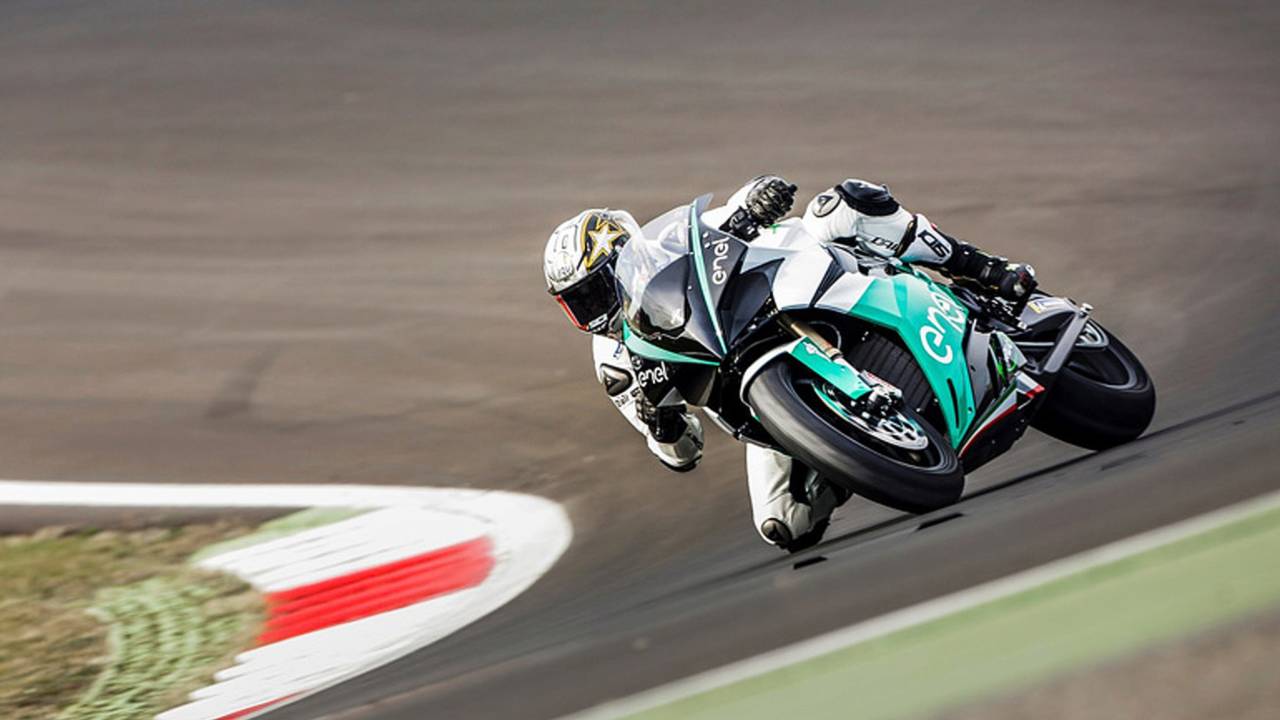 The all-electric support class, which was officially launched last month, will feature a grid of 18 identical Energica bikes fielded by 11 teams when it holds its first races next year.

Seven of the 11 teams will be the privateer teams currently racing in MotoGP - Tech 3, LCR, Marc VDS, Pramac, Angel Nieto, Avintia and Gresini - which will all run two bikes.

The four teams taken from Moto2 and Moto3 paddocks have now been confirmed, with VR46, Pons Racing, Intact GP and SIC58 Squadra Corse all getting to field a single bike each.

A first meeting between representatives of the MotoE teams was held on Friday in Qatar, with Dorna CEO Carmelo Ezpeleta also in attendance.

“We had the first meeting with all the teams who will be competing next year in MotoE,” said series director Nicolas Goubert, formerly Michelin's MotoGP boss.

“There will be 11 teams, running 18 bikes. All the bikes will be Energica bikes, the same, so it will be a cup .

"We will have five rounds next year in Europe. We haven’t yet decided on the tracks we’ll be going to, but as I said it was a kick off meeting so all things have to be put in place. Basically, it starts now.

"It was important to see all the teams because now they have enough information to get organised; to start looking at the riders they’ll have and look at the crew they’ll have.”