What We Learned From the Final MotoGP Winter Test 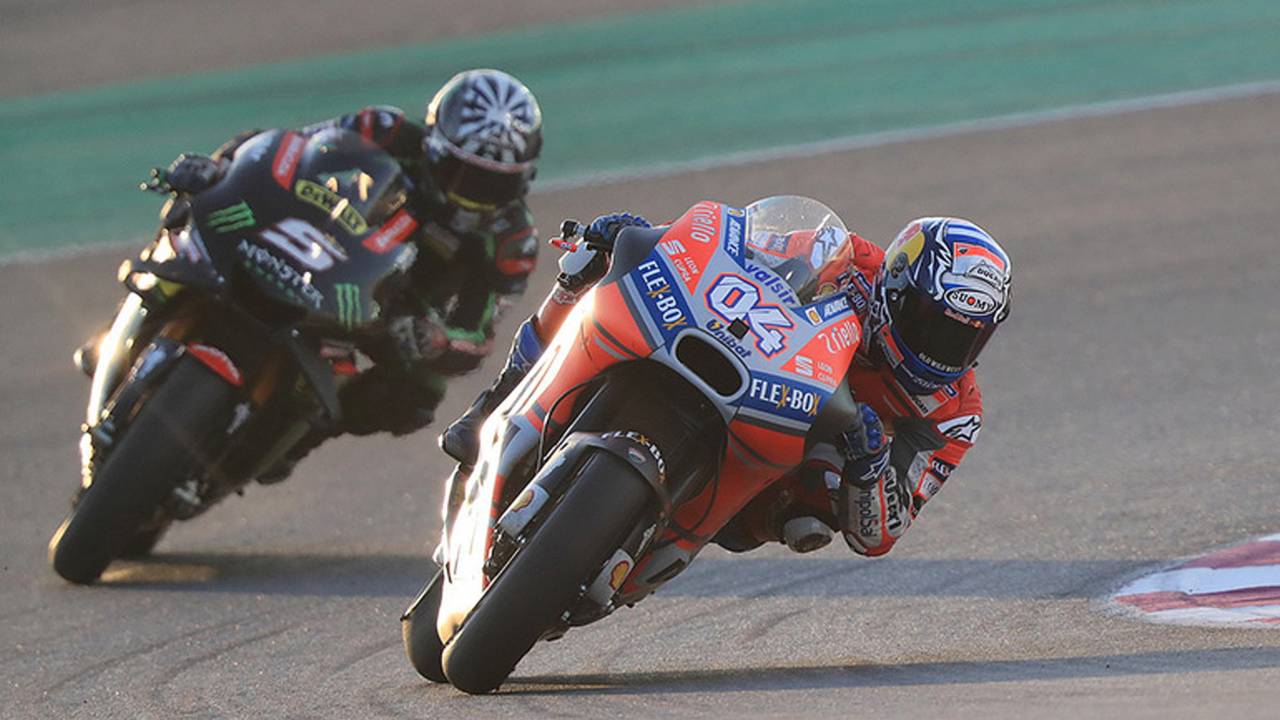 Is MotoGP 2018 set to be a rematch between Marc Marquez and Andrea Dovizioso? We assess the state of play after the final pre-season test in Qatar.

Is MotoGP 2018 set to be a rematch between Marc Marquez and Andrea Dovizioso? Oriol Puigdemont assesses the state of play after the final pre-season test in Qatar

Pressed to name a favourite for the season based on test form, you would have to say Marquez. Although he didn't top any of the three tests at Sepang, Buriram or Losail, he was the most consistent runner across the three different circuits.

While Marquez's greatest asset remains his out-and-out speed, in Qatar he sacrificed this in order to find consistency. The new Honda engine should make his life easier at the first race than in previous years, and from Argentina onwards we'll see the reigning champion go into full attack mode.

Dovizioso poised to be nearest challenger

After a breakthrough 2017 campaign that yielded six race wins, Dovizioso heads to Qatar as a true title contender for the first time this season.

The Italian was among the fastest runners at Sepang, was one of the main challengers to the dominant Honda contingent in Thailand and then in Qatar showed long-run pace that makes him favourite for the win at the Losail track.

All of that means the Ducati rider has earned the right to be considered Marquez's main rival for title honours.

“I’m very satisfied to start the year as a title contender, as it shows we’ve been working well," he said. "I feel even more competitive than last season." Dovizioso is usually somebody who means what he says.

Lorenzo still with work to do

After making a big statement in Sepang with a new lap record, Lorenzo went backwards in Thailand, leaving Buriram with more questions than answers.

He reverted to the 2017 bike on the final day of the second test, and events in Qatar confirmed that Ducati still has plenty of work to do to make Lorenzo fully comfortable on the GP18.

In Malaysia, Lorenzo was seen by his rivals as a contender for the championship, but now it looks like the Spaniard is only going to be a contender for race wins rather than overall honours.

Lorenzo knew leaving his Yamaha comfort zone and joining Ducati would be risky, and now he needs to redouble his efforts if he is to achieve his ambition.

Yamaha in a state of confusion

There's nothing worse for a MotoGP team than making a step forward without actually changing anything about the bike, something that's happened to Yamaha several times lately.

The Iwata marque has been ineffective and trying to fix the traction problems that hobbled Valentino Rossi and Maverick Vinales last season, trying countless new frames in an attempt to solve the issue, and Rossi has also been vocal with his complaints about the M1's electronics in comparison to Honda and Ducati.

Vinales meanwhile has underlined that no one can expect him to be fighting for the title if he’s riding a bike that is not quite to his liking, which was the case much of last year. Given what we know now, his record of four wins and 13 podiums suddenly doesn't seem so bad.

Despite having a two-year old Yamaha this year, Tech 3's Zarco has remained more than a match for the beleaguered works Yamaha riders in testing, topping the times on the last day in Qatar.

Whereas Rossi and Vinales want the M1 to be moulded around their preferences, Zarco has understood that the best way of getting the most out of the Yamaha is to emulate Lorenzo's super-smooth riding style.

After adapting quickly to the demands of the premier class last year, nobody doubts Zarco will continue to be at the forefront in 2018. Tech 3's forthcoming alliance with KTM will only add to the tension between the Frenchman and the factory Yamahas.

Time for Iannone to step up

After a 2017 season to forget, Suzuki will face 2018 having done its homework and with a new and sharper GSX-RR, especially on the engine side.

That means it will be time for both Alex Rins and especially Andrea Iannone to step up to the mark - something the Italian has done only sporadically this winter, especially compared to his more consistent (and less experienced) teammate.

Some observers still think Iannone is more concerned about his image than about his place in the standings. If that's the case, he needs someone to spell out how vital it is that he lives up to the role Suzuki expected of him, that of being the team's spearhead.

The Hamamatsu manufacturer is said to have big doubts about renewing the Italian's contract, which expires at the end of this season.

Aprilia stuck in a holding pattern

Aleix Espargaro, Aprilia's lead MotoGP rider, is starting to become desperate. He needs Aprilia to give him the engine they have been promising for months.

The Spaniard has been asking for a more powerful motor since last year, but its arrival has been postponed several times. It seems it will finally appear in Qatar for the first round of the season, where Espargaro finished sixth last year - equalling Aprilia's best-ever MotoGP result.

“In terms of pace we are not so bad, but we need more power. I don’t know what I can do to be faster on one lap”, Espargaro said at the end of testing.

By most reasonable standards, KTM's maiden MotoGP season was a success, and the Austrian firm is continuing to invest significant resources as it enters its sophomore year.

It expects to keep growing fast and make a major step forward in 2019, when it will have four bikes on track as part of its recently-confirmed tie-up with Tech 3.

Pol Espargaro is well established on his side of the pitbox, but Bradley Smith's place at the team continues to be under threat, especially considering the interest KTM has shown in Zarco - whose current contract is with Tech 3 itself and not Yamaha.