The British Formula One racer joins forces with the Italian manufacturer to create 144 examples of the 2018 Lewis Hamilton Edition Brutale 800 RR.

MV Agusta launches a lot of limited edition models. Be it one of MV’s wide RC lineup, the recent Brutale 800 America, the Pirelli Limited Edition models, or the F3 800 AMG—just to name a few—the Italian marque regularly churns out limited bikes as a means of making an already elite offering that much more prestigious. The company’s latest special edition model is the 2018 Lewis Hamilton Edition Brutale 800 RR, and it's pretty snazzy. 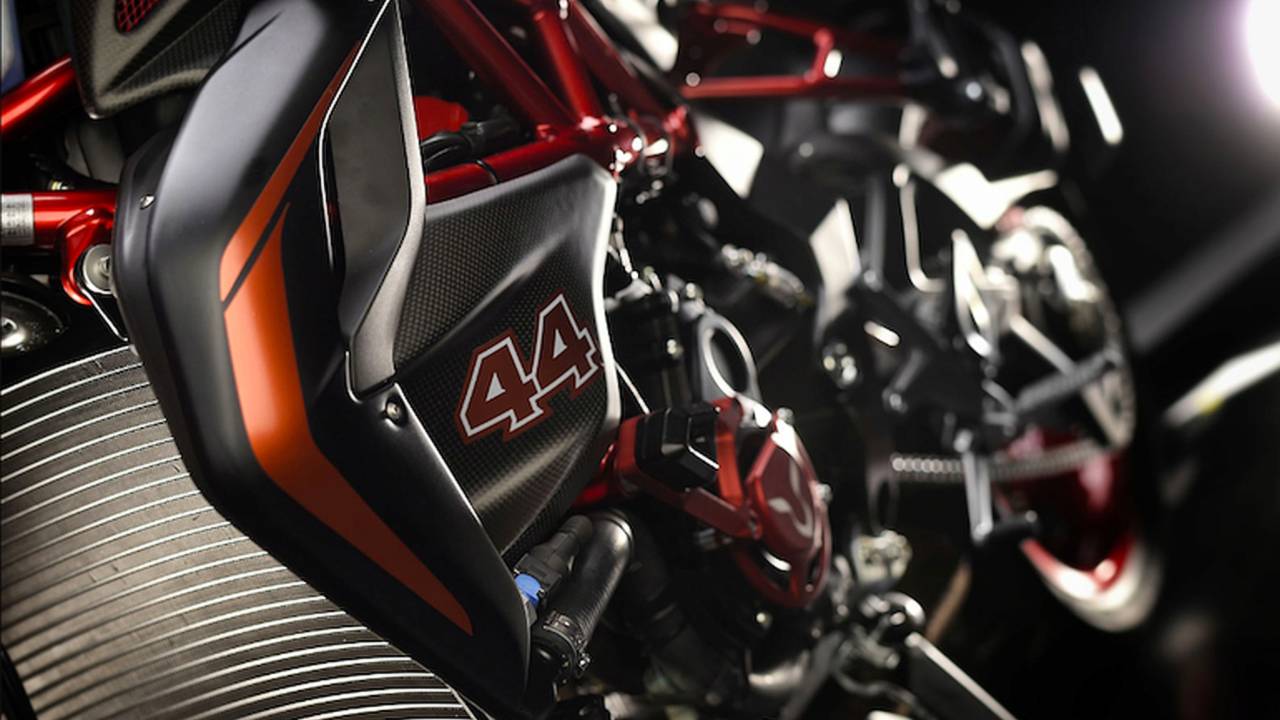 The newest Hamilton Edition MV marks the third model the OEM has released in collaboration with the British Formula One racer, following the limited edition Dragster 800 RR LH44, and the F4 LH44. Mercedes AMG previously owned a stake in the high-end moto manufacturer, but has since relinquished its control/ownership. This is interesting because Hamilton currently pilots a Mercedes AMG Petronas Formula One car, which suggests that, despite the arrangement ending, MV and Mercedes AMG appear to remain on good terms. 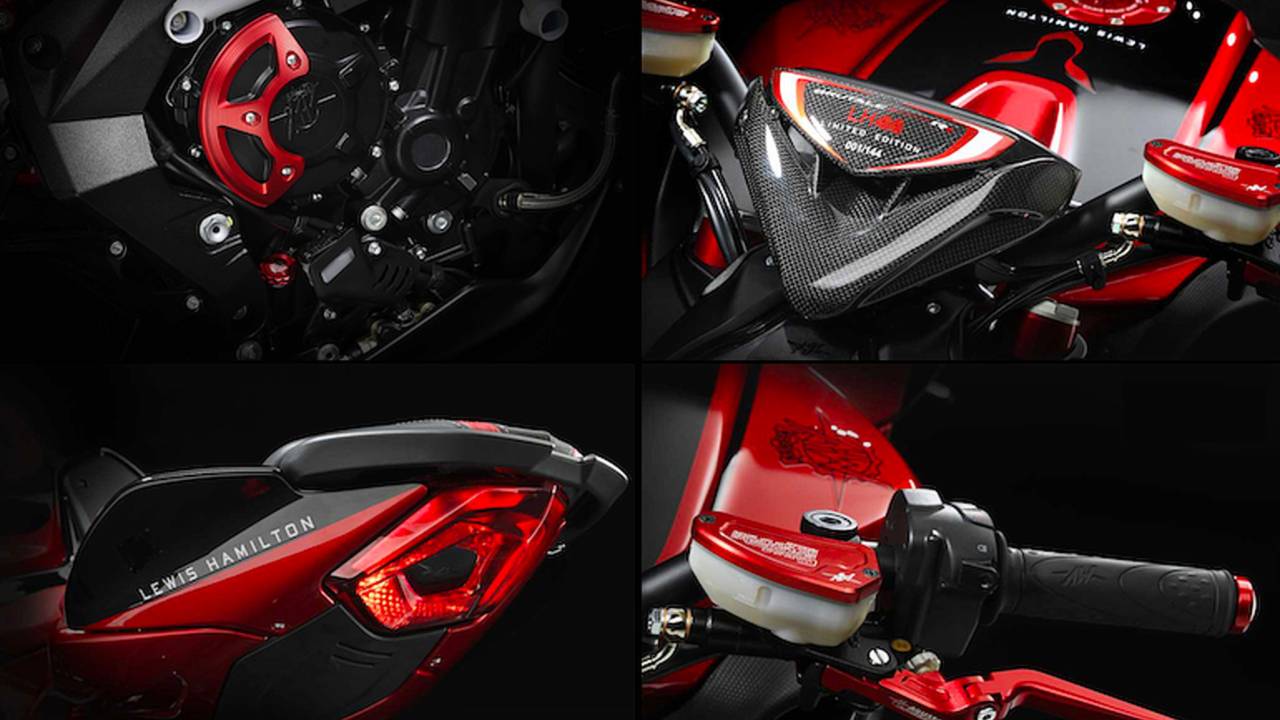 MV will produce just 144 units of the new limited edition Brutale, a nod to Hamilton's racing number (44) which can be seen on the bike’s radiator shrouds. Like one would expect from a limited edition MV Agustamodel, the new Hamilton Edition machine boasts an array of top shelf accessories such as a tank cap, engine oil filler cap, clutch cover guard, and alternator guard that are all CNC machined units. The fluid reservoir caps and brake and clutch levers are CNC machined from light-weight alloy billet. The new LH Brutale also sports a generous amount of carbon fiber and other trick materials and features like special heat-resistant ceramic-based coatings. 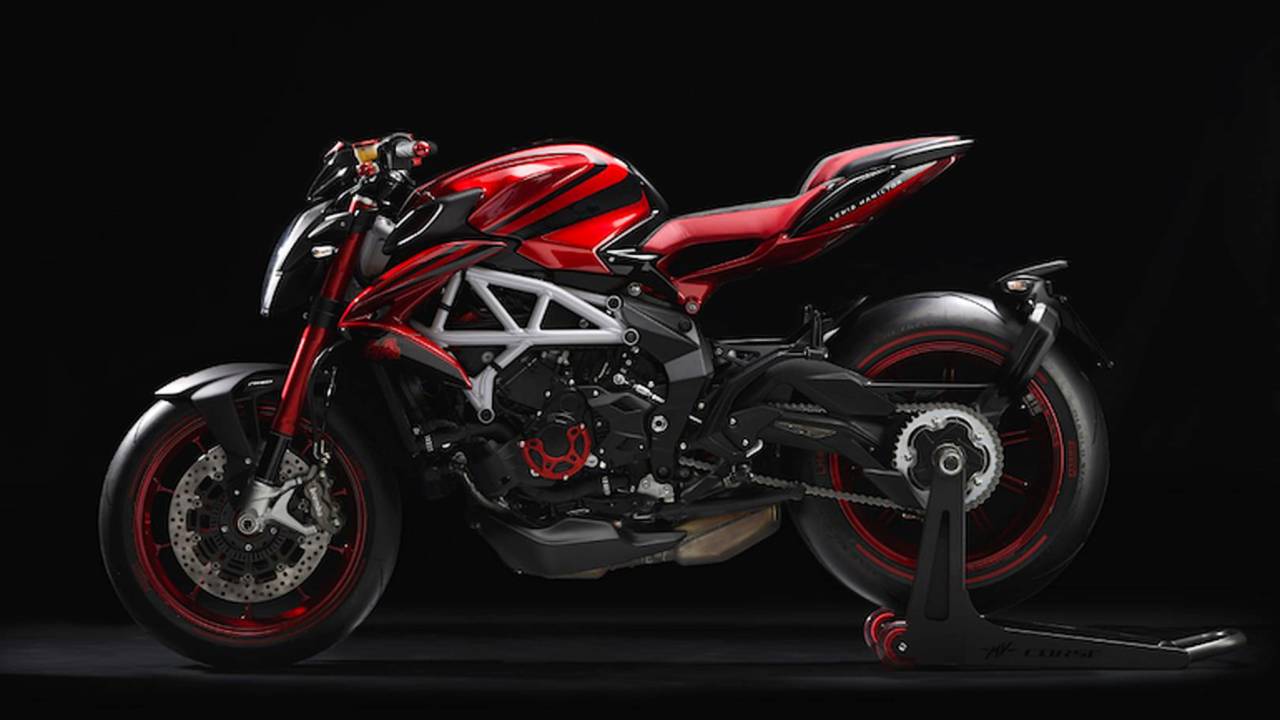 The model’s black and red livery is a reportedly product of a collaborative effort between Hamilton and MV’s design team. Performance specs are the same as the standard Brutale 800 RR, though—in addition to the trick accessories—several stock components are different such as the blacked out triple exhaust. Each of the 144 units sold will come with a numbered certificate of authenticity that matches the bike’s production number which is printed on the carbon fiber headlight shroud. Production will reportedly kick off in Summer of 2018. 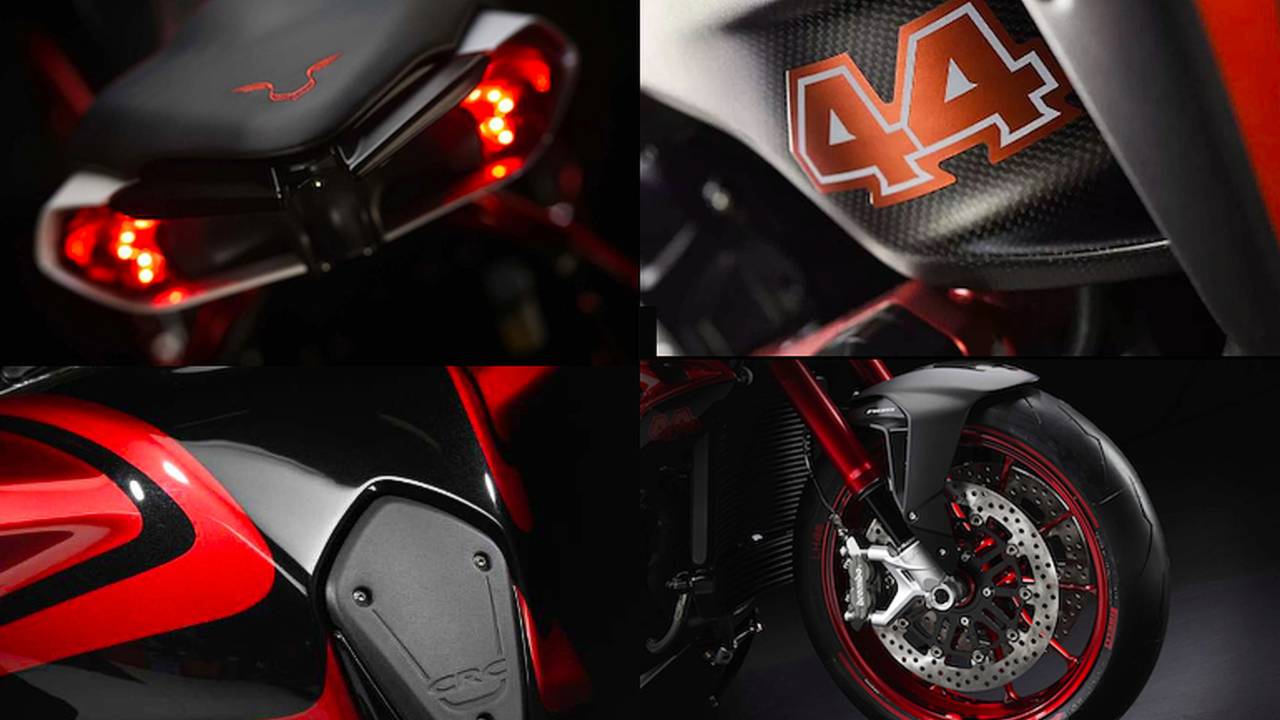