The Latest MV Agusta is Red, White, and Brutale

Just in time for the Fourth of July, Italy blesses America with a special edition Brutale in red, white and blue. Limited to a production run of just 50 bikes, in honor of the 50 United States, the model also honors MV Agusta’s America range of the 1970s. The 800 America, with its striking Old Glory paint scheme, will be unveiled this weekend at round eight of the World Superbike Championship at Laguna Seca Raceway in Monterey, California.

“From its rich culture, individuality, patriotism, innovation, and the United States flag, the design team set about bringing the passion of these elements into a never-before-seen metallic blue color scheme that catches the light with a shimmering iridescence. On the tank, a star-studded motif, like the one on the 1973 MV Agusta 750 S, takes the brand back to its glory days. Elsewhere, gloss black paintwork brings out the best in component details, such as the front fender, which sports the MV Agusta logo,” said the company in a recent press release. 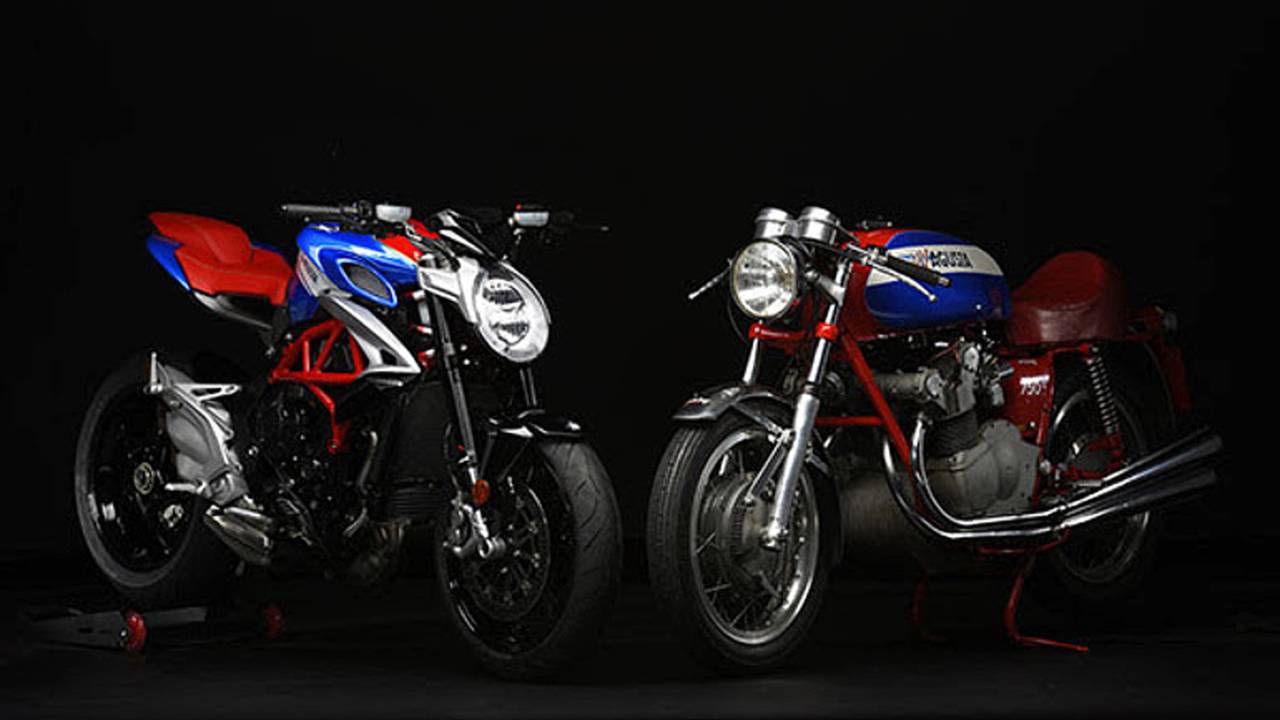 Other distinctive elements that signal the rarity of the 800 America appear on the rear fender and side radiator panels which are decorated with ‘America Special Edition’ logos. The red seat has been specially designed to incorporate the livery theme, using gilt stitching to complement the finish of the tank. Even the triple clamp displays a laser-cut sequential production number, alongside the Special Edition logo. The same number is printed on a specially framed certificate of authenticity that comes with each motorcycle. 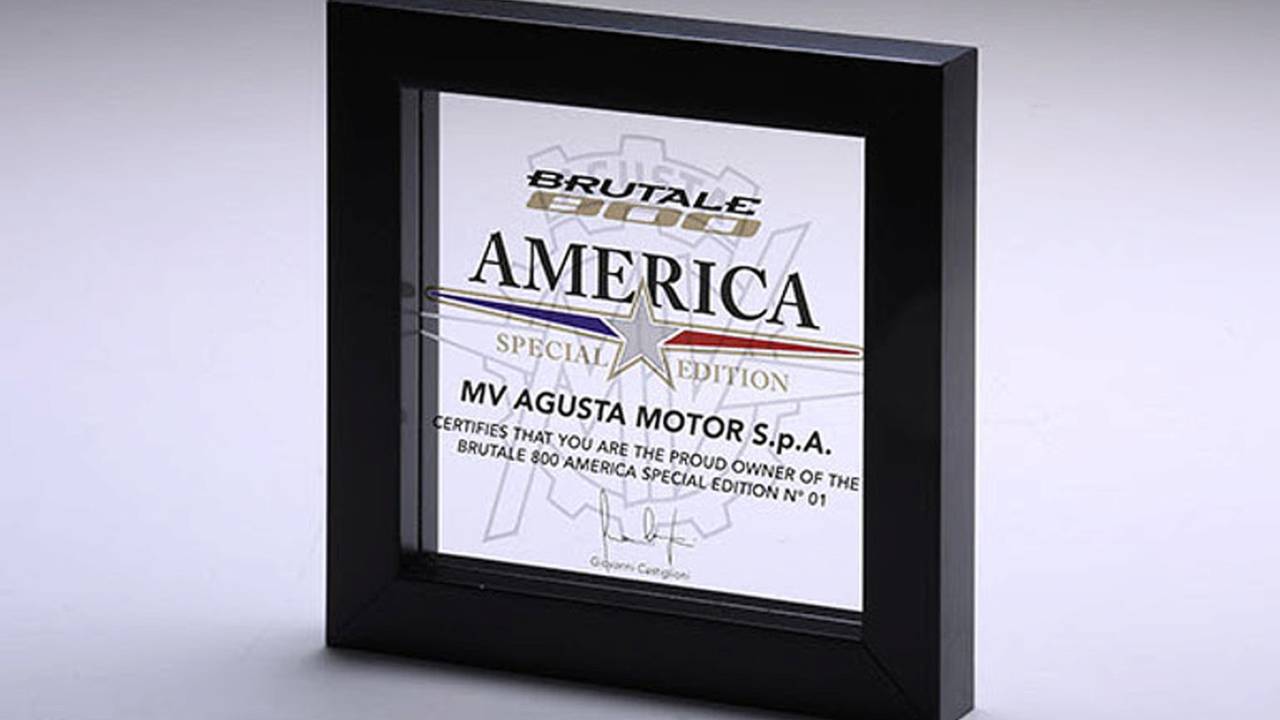 Attendees at the Laguna Seca WSBK event will be the first to eyeball the Brutale 800 America at the MV Agusta stand, and also have the opportunity to meet the MV Agusta Reparto Corse team and check out the latest model range.