MV Agusta’s Brutale platform has a long and storied history. Designed by legendary Ducati 916 designer and Bimota co-founder Massimo Tamburini, the Brutale 750 Oro captivated audiences when MV Agusta debuted the naked bike in 2001. Under two different regimes (Cagiva and Harley-Davidson), the Brutale remained, evolving from the 750 models of the early aughts to the 1090, 990, and 920 machines introduced at the turn of the decade.

The modern Brutale is more aggressive than ever, with the 798cc and 998cc variants matching MV’s sharp styling with 140 and 208 horsepower, respectively. Despite the new aggro direction, the line will always be associated with the Tamburini legacy. When the famed MV Agusta F4 designer died of lung cancer in 2013, MV had to contemporize the design for modern consumers. However, Massimo’s son, Andrea Tamburini, is set to bring the platform back to its glory days.

With MV celebrating the Brutale range’s 20th anniversary in 2021, it's no better time to revisit the naked bike’s lush history. Andrea Tamburini will do so by restyling the 1090, 990, and 920 variants offered by MV Agusta between 2009-2017. On the heels of the 2021 Modena Motor Gallery, where the Massimo Tamburini brand exhibited the designer's signature models, MV Agusta released a teaser for Andrea’s reinterpretation of his father’s work.

“By the end of the year, we will officially present the restyling of the Brutale 1090, 990, and 920,” Andrea Tamburini told Italian media outlet Moto.it. “We will give an aesthetic continuity to the first version of the Brutale MV made by my father.”

While the video is light on details, it does give the audience a glimpse of the redesigned Brutale’s bodywork. We’ll have to wait for MV’s official unveiling before we know if the 20th-anniversary redesign acts as a standalone variant or if the brand champions the new styling moving forward. Regardless of the decision, we can’t wait for another Tamburini take of the Brutale. 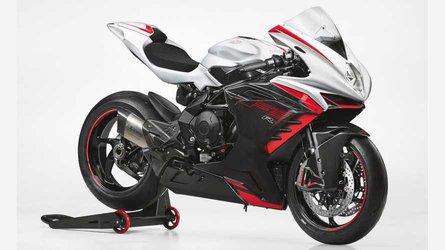 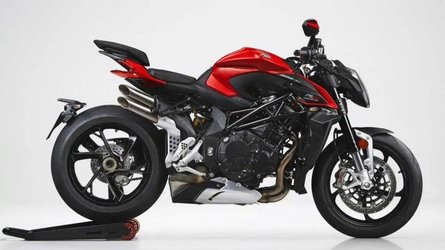