MV Agusta Superveloce Ago Wins Most Beautiful Bike Of EICMA 2021

Ago comes out on top yet again.

Since 2005, Italian media outlet Motociclismo has held the Most Beautiful Bike Of The Show contest at EICMA. Attendees and readers vote on the contestants throughout the four-day show, with organizers tallying the totals. This year, MV Agusta’s special-edition Superveloce Ago took home top prize, leading a pack of all-new and heavily-updated bikes.

The Superveloce Ago enjoyed a comfortable margin of victory in 2021 with 47.2 percent of the votes. The Aprilia Tuareg followed with only 19.4 percent while the Moto Morini X-Cape only collected 7.9 percent of the ballots. The rest of the list consisted of the Honda NT1100, Triumph Speed Twin, Kawasaki Z650RS, Benelli Leoncino 800 Trail, Fantic 450 Rally, Royal Enfield 450, and SWM Six Days 500.

While the top ten contains 10 different manufacturers, another Italian-made bike emerges as the winner. In the 16 years that Motociclismo has hosted the competition, only Ducati and MV Agusta have walked away with the Most Beautiful Bike title. MV won the first contest in 2005 with the Brutale 910 R, regained the crown in 2007 with the Brutale 1078RR, and racked up a third win with the F3 in 2010. In 2012, the Rivale 800 topped the bike beauty contest and the Brutale 1000 Serio Oro brought home a fifth victory for the Schiranna factory. 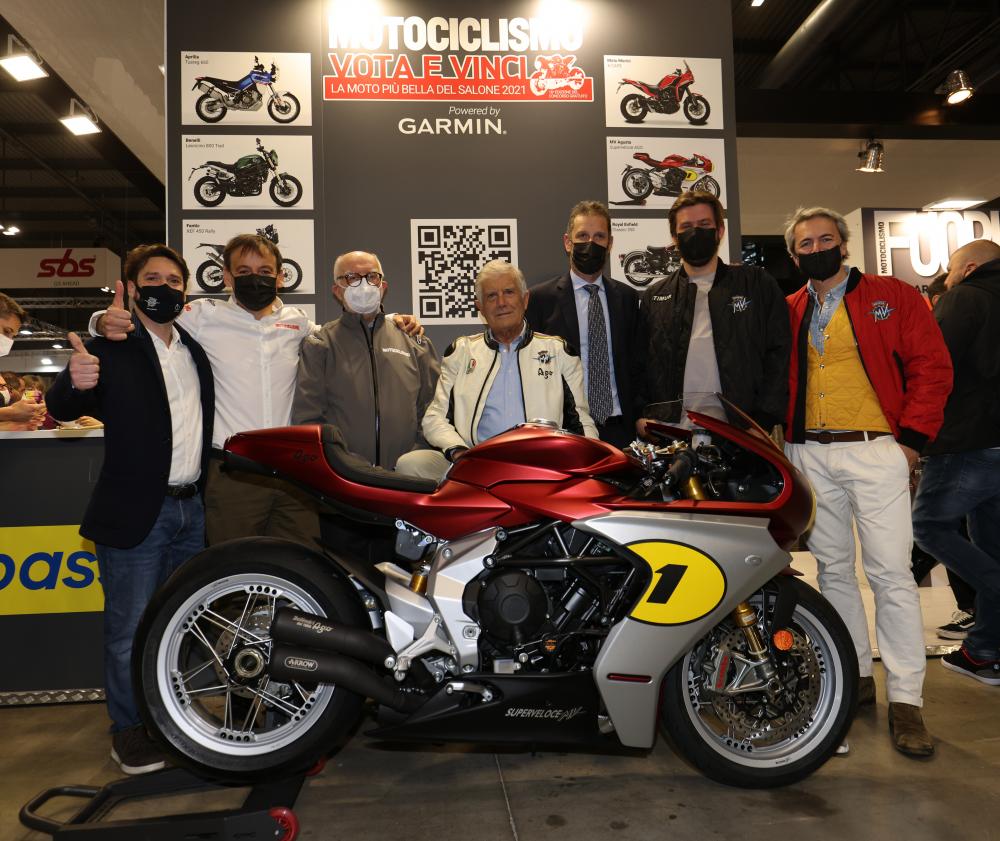 "For us it is another great recognition and further confirmation of how much energy and resources MV Agusta is dedicating to the constant development of new products,” noted MV Agusta CEO Timur Sardarov. “Having won this important competition for the sixth time is a great satisfaction for all of us. I want to dedicate this victory to all our employees who put incredible passion into their work every day.”

MV Agusta Senior Designer Alessandro Malaspina, Marketing Director Filippo Bassolini, CEO Timur Sardarov, and 15-time world champ Giacomo Agostini himself received the prize from EICMA organizers and Motociclismo top brass. Hopefully, MV will release another motorcycle worthy of the Most Beautiful Bike of EICMA 2022, but if they don’t, we have a hunch Ducati will.