MV Agusta To Unveil Superveloce Ago At Emilia Romagna MotoGP

Giacomo Agostini himself will be on hand to reveal this limited-edition bike.

MV Agusta loves itself some special editions, and that love certainly hasn’t let up in 2021. Hot on the heels of the Brutale 1000 Nürburgring (which, quite frankly, we’re still not over because JUST LOOK AT IT) comes a new announcement. Remember a little bike called the Superveloce? Just kidding, how could you forget it?

Anyway, MV Agusta just announced that it plans to unveil the extremely limited-edition Superveloce AGO on October 23, 2021 in a special presentation at Misano. The man, myth, and legend known as Giacomo Agostini will be in attendance, and will in fact be taking the newest bike named after him around the track for everyone to witness. Moto2 rider Simone Corsi will also be on hand for the festivities.

Full details of the Superveloce AGO aren’t yet available, but we do know that MV plans to limit production to just 311 units. As you’d expect, that number is quite significant in that it represents the total number of race wins Ago racked up during his unparalleled career.

The big reveal is scheduled to take place during the 2021 MotoGP Emilia Romagna Grand Prix, which marks the second time this season that the MotoGP paddock has touched down at Misano. It’s the 16th round of the 2021 world championship. Additionally, it’s Valentino Rossi’s final race on his home soil, as well as the 10th anniversary of Marco Simoncelli’s death.

All of those details ensure that emotions will be running high during the Emilia Romagna GP weekend, which runs from Friday, October 22 through Sunday, October 24, 2021. While MV Agusta says that the Superveloce Ago will be unveiled some time on Saturday, October 23, no further details about the timing have been released. As always, we’ll look forward to seeing plenty of detailed photos, specs, and hopefully some nice video of Agostini taking the bike around the track, as well. 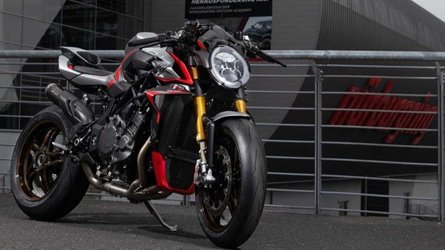 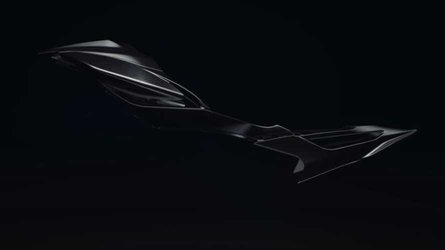