Could you visit 11 countries in 24 hours?

In April, 2021, MV Agusta introduced the latest iteration of the Turismo Veloce sport tourer. The redesigned, newly Euro 5-compliant bike is powered by a 798cc triple that makes a claimed 110 horsepower at 10,150 rpm, in addition to 59 ft-lbs of torque at 7,100 rpm. From the engine internals out, MV engineers and designers alike wanted to make this bike all about smoothness and comfort in operation.

After spending plenty of time during the presentation talking up the virtues of the line, and the Turismo Veloce Lusso SCS in particular, MV announced that veteran Italian moto journalist Valerio Boni would be mounting a world record attempt on one of these bikes, later this summer. With 2020 and 2021 bringing all kinds of uncertainty regarding event planning, hopeful announcements like that all come with an asterisk.

Now that it’s June 18, 2021, MV Agusta says that Boni’s world record attempt will indeed go through as planned, on June 21, 2021. What’s he trying to do, exactly? On his trusty 2021 MV Agusta Turismo Veloce Lusso SCS, Boni will ride 2,000 kilometers (just under 1,243 miles) across 11 European countries in just 24 hours. If he’s successful, he’ll set a new world record for most countries visited in a 24-hour time span with this tour, which he’s calling “Turismo Veloce Europe Endurance.”

The journey will start in Malmö, Sweden, then go through Denmark, Germany, the Netherlands, Belgium, Luxembourg, France, Switzerland, Austria and Liechtenstein. The final stop will quite naturally be MV Agusta’s home base in Schiranna, Italy.

Boni is an experienced moto journalist, and also a former endurance and rally raid competitor. In fact, he rode 125cc Cagivas to victory in both Morocco and Egypt during the course of his career. In addition to this World Record attempt, he’ll also be gunning for the Iron Butt Association’s SaddleSore 1600K and SaddleSore 2000K certifications. After all, if you’re going to go for something, you should really go for it, right?

While plenty of people have made various world record attempts in the past, Boni and MV Agusta seem especially proud of MV’s onboard communications technology suite, which they say will allow Boni to share his progress in real time on the journey. If all goes according to plan, the entire world should be able to keep up with Boni’s adventure on MV’s website. We wish Boni the best of luck on his journey, and look forward to seeing how the trip goes. 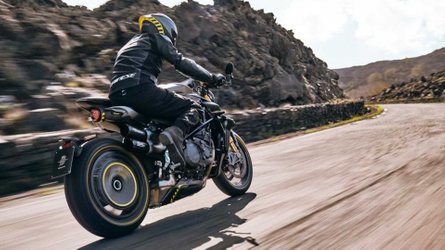 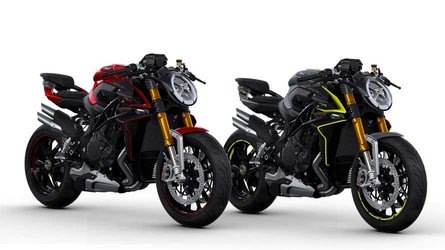