A question for the ages.

Ketchup or mustard? Checkers or chess? KTM 790 Adventure R or Yamaha Ténéré 700? There are certain questions that define a person and adventure riders have drawn a line in the sand over the two middleweights for a little over a year now. Your rough and tumble racers, KTM fanboys, and friendly neighborhood Kyles will side with the 790 while most pragmatic cheapskates will huddle around the T7.

To help settle the feud among adventuring brethren, the RIDE Adventures YouTube channel compared the two twins head-to-head in order to distinguish each model’s advantages. To no one’s surprise, KTM’s “Ready to Race” DNA shined with the 790 Adventure R topping the Yamaha in power, suspension, tires, and fit and finish. Of course, the Ténéré 700 trounced the KTM in reliability and easily took the pricing category, but thanks to a high-mounted counter sprocket, team blue also snagged a win with its anti-squat setup.

On the other hand, judging motorcycles isn’t an objective science, preference and personal taste play a part too, and rider aids are a big differentiator between these two models. The KTM went for a state-of-the-art electronic suite and the T7 opted to only include switchable ABS. If you’re into tech and customizable settings, the 790 will happily scratch your itch while the Ténéré’s stone-simplicity will undoubtedly appeal to do-it-yourselfers. For that reason, there’s no clear winner when it comes to the electronic packages on these bikes because each suits a different riding style.

However, when it comes to ride enjoyment, size, and approachability, there is a clear winner—at least for Eric Lange of RIDE Adventures, there is. Due to the Ténéré 700’s slender shape, ease of use, and lack of electronic intervention, Lange picked Yamaha’s adventurer over KTM’s trail beast. Does this end the dispute between KTM advocates and Yamaha supporters? Heck no. Is RIDE Adventures verdict the end all be all? Nope. Does this comparison further fuel the debate between both camps? You betcha. Maybe we’ll never know the real answer between KTM’s 790 Adventure R and Yamaha’s Ténéré 700, and maybe that’s how it should always be. 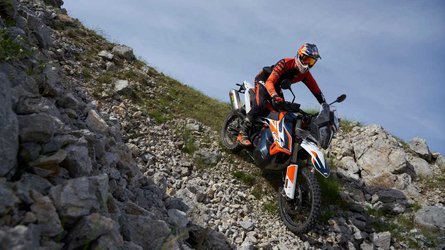 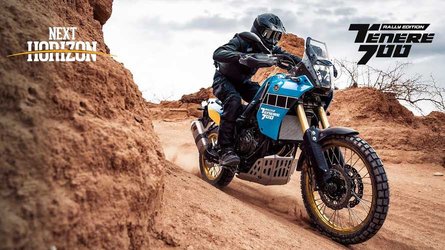