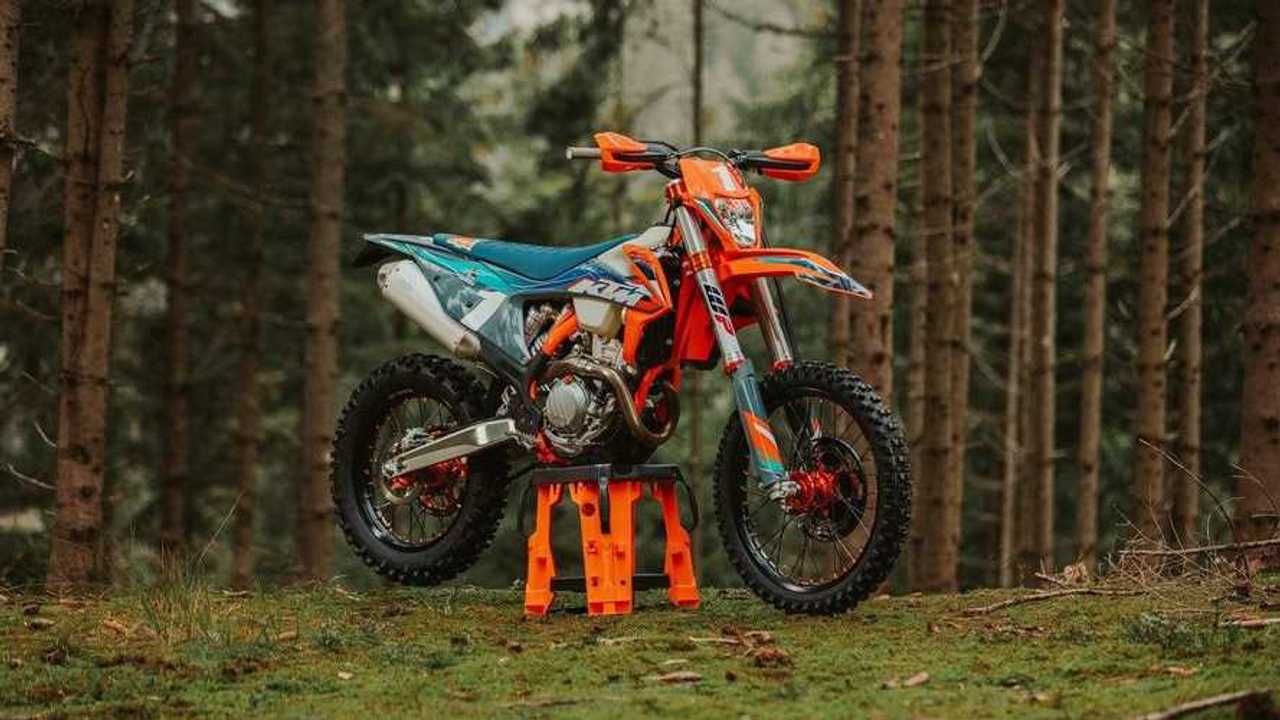 KTM has one of the most performance-oriented off-road lineups on the market. From the 250 SX-F all the way up to the 690 Enduro R, team orange is always “Ready to Race”. For dedicated enduro riders, the 350 EXC-F has been a popular choice in the brand’s range due to its jack-of-all-trades nature. By pairing the lightweight of a 250cc dirt bike with torque closer to a 450cc machine, the 350 EXC-F is a paragon of versatile.

Thanks to the combination of nimble handling and power, the all-arounder proved its mettle in the gnarliest off-road racing competition, the World Enduro Super Series (WESS). Piloted by Red Bull KTM Factory Racing rider Manuel Lettenbichler, the 350 EXC-F captured the 2019 WESS championship and will hold that title until the 2021 season. Now, KTM is commemorating the mid-range enduro’s success with a special-edition WESS livery and top-shelf components.

Of course, the painted frame and WESS graphics draw the eye first due to the complimentary orange/blue color combo, but the 350 EXC-F earns more than just a pretty facelift. A Superspox Stealth rear sprocket keeps down unsprung weight while increasing durability and the factory wheels with orange anodized hubs resemble the WESS-winning race rig. Other factory bits include a gripper seat and CNC machined triple clamps in orange.

A plastic skid plate will do the job until an aluminum replacement is required and the radiator also receives some protection from flying rocks and debris. Gray ODI grips and an orange oil plug add some bling to the package but a floating front brake disc with guard and a solid rear rotor are all about business.

The most significant revision to the 350 EXC-F WESS comes in the form of the 48mm WP XACT fork with AER technology. Seen for the first time on a KTM enduro bike, the system allows for easy preload adjustments with the air pressure valve at the top of the left fork leg. Damping clickers are still found on the right fork leg and allow the rider to quickly adjust the suspension for changing terrain. Along with the added versatility, the upgraded front end also sheds weight off the standard 350 EXC-F.

“With the addition of the WP XACT fork technology for the first time on a KTM EXC, the bike is a fantastic tribute to the skills we see in the WESS championship,” said KTM Senior Offroad Product Manager Joachim Sauer. “For WESS fans and Enduro riders that want unique looks and class-leading 4-stroke performance then this is another unmissable offroad bike that we at KTM are really proud of.”

Yes, we all know that KTM’s racing pedigree is well-established, but with additions like the 350 EX-F WESS, it’s no wonder they keep leaving the competition in the dust.