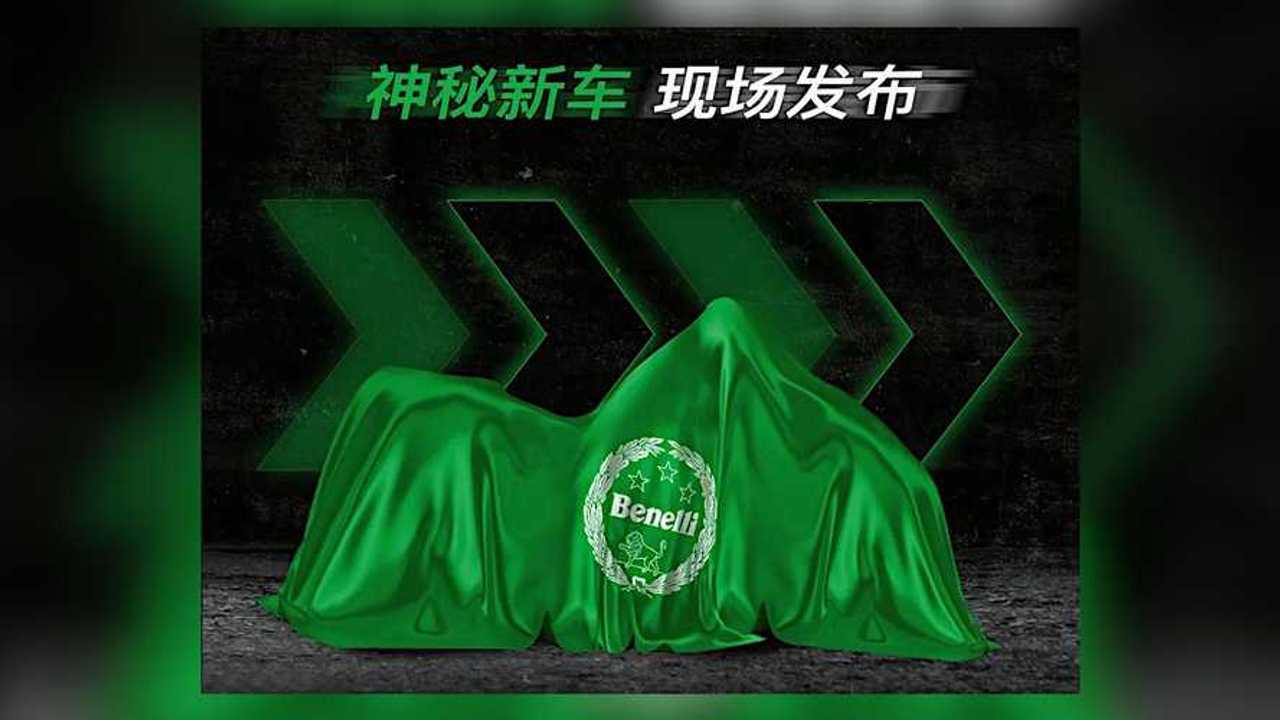 Also, where have we seen this design before?

The 18th annual China International Motorcycle Trade Exhibition (CIMA) runs from September 19 through 22, 2020. Since both EICMA and Intermot have called off their events for the year, it’s one of the only international motorcycle shows left standing. While we don’t know exactly what to expect, Benelli is teasing a few things to drum up anticipation ahead of the event.

The company launched the tiny cublet Leoncino 250 in China in August, 2020. As well, speculation about the upcoming TRK 800 has been rife for most of the past year. While it’s likely that Benelli has all kinds of plans for what it’s unveiling at the show, there’s yet another wrinkle we can add to the list … and it may just be MV Agusta-related.

We told you back in May, 2020 that MV Agusta was working with Chinese partner Loncin to launch a line of small-displacement bikes. At the time, MV CEO Timur Sardarov also mentioned discontinuation of the F4, but that an updated version might appear in about five years. As of September, 2020, Chinese automotive site Sina Auto suggests that Benelli parent QJ Motors may have done a separate deal with MV Agusta for rights to the four-cylinder engine seen in the second-gen F4.

Take a look at this teaser image Benelli released ahead of the show, and you’ll see why. MV has moved on, so why shouldn’t it find a new home for this engine if someone else wants to make use of it? There’s also the possibility that it’s a digital placeholder for whatever’s truly going to be unveiled, as well, and there’s no knowing for sure until after the big reveal.

One thing’s for sure: since Benelli clearly wanted to get people talking ahead of the event, whoever designed these leaks definitely did their job. Everyone from Thai site MotoRival, to Italian site Moto.IT, to UK site Bennetts is chatting up a storm about what this portent means for future Benelli models that might materialize. Will anticipation of the thing be more fun than the thing itself? We won’t know until it happens.

The Benelli TNT600i Is Coming To The Philippines
++
Got a tip for us? Email: tips@rideapart.com