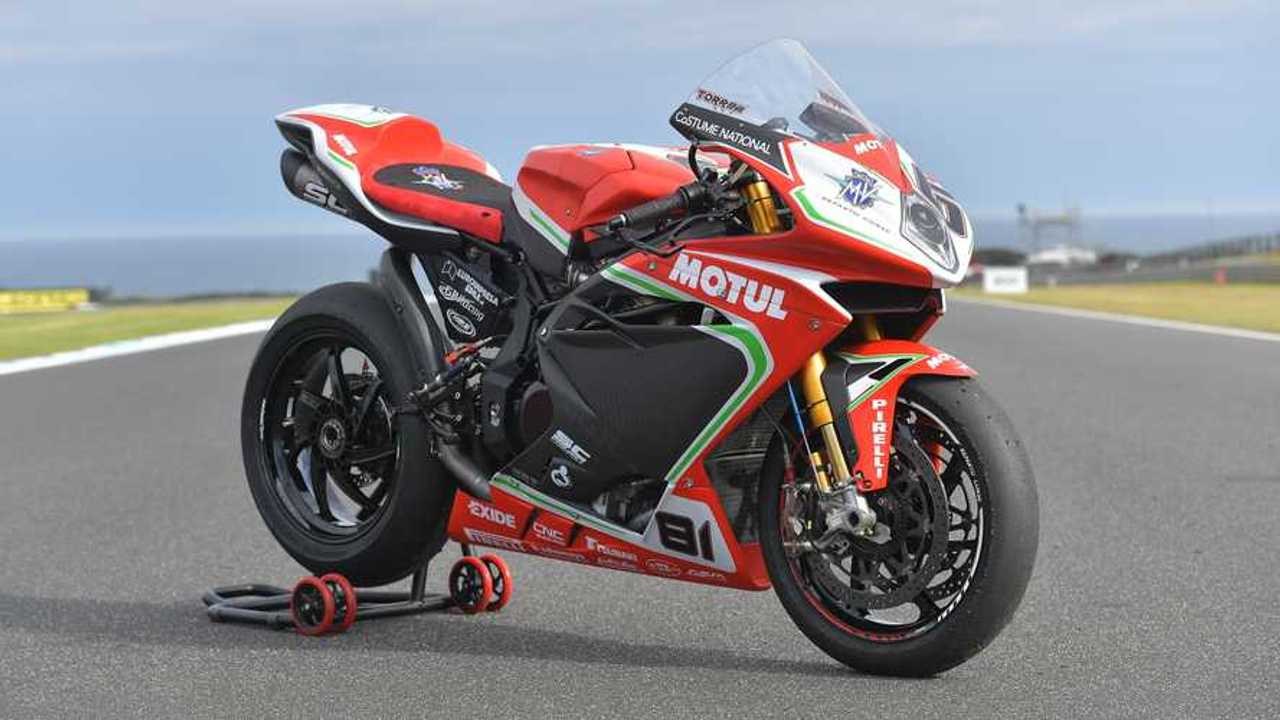 For now, the Italian OEM is focusing on its small-capacity line.

Good news, superbike junkies! MV Agusta’s F4 might disappear from showrooms for a while, but the company’s CEO says the four-cylinder literbike will return. The company just needs to focus on the basics (little things, like profitability) before that happens.

The comments came from an interview that Timur Sardararov, MV Agusta’s big boss, did with British publication MCN.

MV Agusta Is On The Move:

“Our F4 platform has been discontinued and we will come back to this no sooner than in five years’ time,” said Sardararov “Then we will enter back into the superbike series as well."

The first part of that statement is no surprise. The current F4 superbike is still a gorgeous looker, but the four-cylinder engine has been around a long time. The base model makes less horsepower than the competition, and the electronics package isn’t as advanced. Although there’s still demand for exotic superbikes, MV Agusta is stepping away from the F4 and focusing on other machines, for now.

That rebuilding plans starts with small-capacity, made-in-China motorcycles, made by Loncin for MV Agusta. All the other OEMs are doing this, and it makes sense. As Sardararov says, there’s no way to build those machines in Europe and be competitive.

However, Sardarov’s comment that the F4 will be back “in five years’ time” is interesting. That’s a long time to wait—basically, a whole generation of superbikes, maybe even two generations. Would we possibly see an electric superbike at that point, instead of another four-cylinder bike? Sardararov did not say that, but given the quickly-changing emissions regulations in the EU, gasoline-powered bikes are facing an uncertain future there.

It’s encouraging to see Sardararov planning to return the company to superbike manufacturing, though. MV Agusta has been plagued by financial woes for years, and much of the moto-public has forgotten the company’s stronger days. While MV Agusta’s recent offerings have mostly been warmed-over technology, repackaged with attractive bodywork, that wasn’t always the case. The F4 was once a cutting edge superbike, and five years from now (or maybe longer?), it would be great to see MV Agusta return with a proper, up-to-date equivalent, especially if there was a factory World Superbike effort once again.