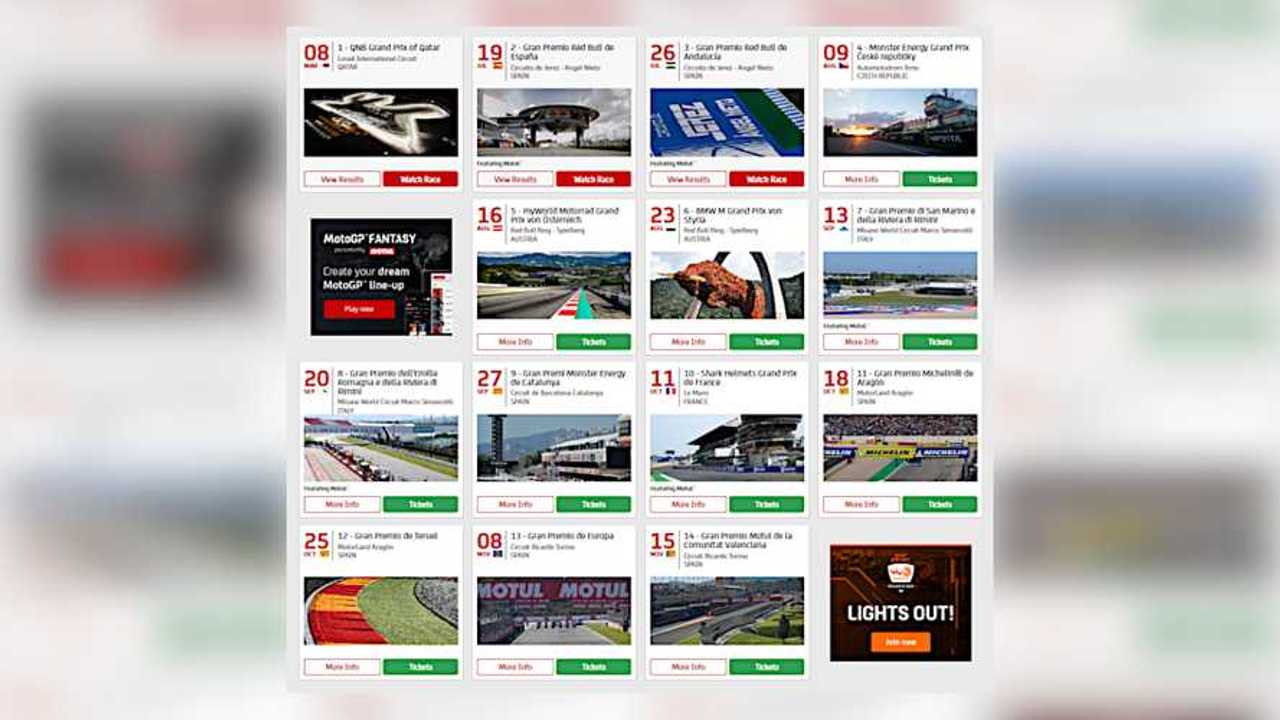 If it's not a race weekend in Europe, it's off the calendar for this year.

The rollercoaster that is 2020 continues barreling forward into oblivion, and it’s taking three MotoGP race weekends with it. Up until July 31, 2020, the Argentinian, Thai, and Malaysian Grand Prix events were still tentatively on the 2020 calendar as ‘postponed.’ As of today, all three have now officially been canceled. That leaves a total of 14 events currently listed on the calendar for the season, but the FIM and Dorna say that a 15th season finale event will be announced on August 10, 2020.

So far, three MotoGP race weekends have been run in 2020. On March 8, the GP of Qatar kicked things off with its support races, just as the pandemic lockdown started to sweep the globe. Full paddock race action didn’t kick into high gear until earlier in July, 2020, when the Gran Premio Red Bull de España touched down at Jerez. Teams stayed at the Jerez complex for the Gran Premio Red Bull de Andalucía, which took place the following weekend.

The next race weekend is currently scheduled for August 7 through 9, 2020, and will be the Monster Energy Grand Prix České Republiky. The remainder of the season will take place throughout Europe, and will not leave the continent for 2020 unless something surprising is planned for that season finale announcement. It’s worth noting that the FIM and Dorna said it would be another European round, though, so that’s pretty unlikely.

Despite not appearing on the race calendar for 2020, the series governing body and promoter also took the time to announce that Thailand’s Chang International Circuit in Buriram will remain on the calendar until at least 2026. All involved organizations signed a new contract recently that locks that race in place for the next handful of years. Both the FIM and Dorna also say they are working toward putting Argentina and Malaysia back on the calendar for 2021 as soon as possible. Dorna CEO Carmelo Ezpeleta thanked the fans for their patience and understanding throughout this entire difficult year.

In Other MotoGP News: