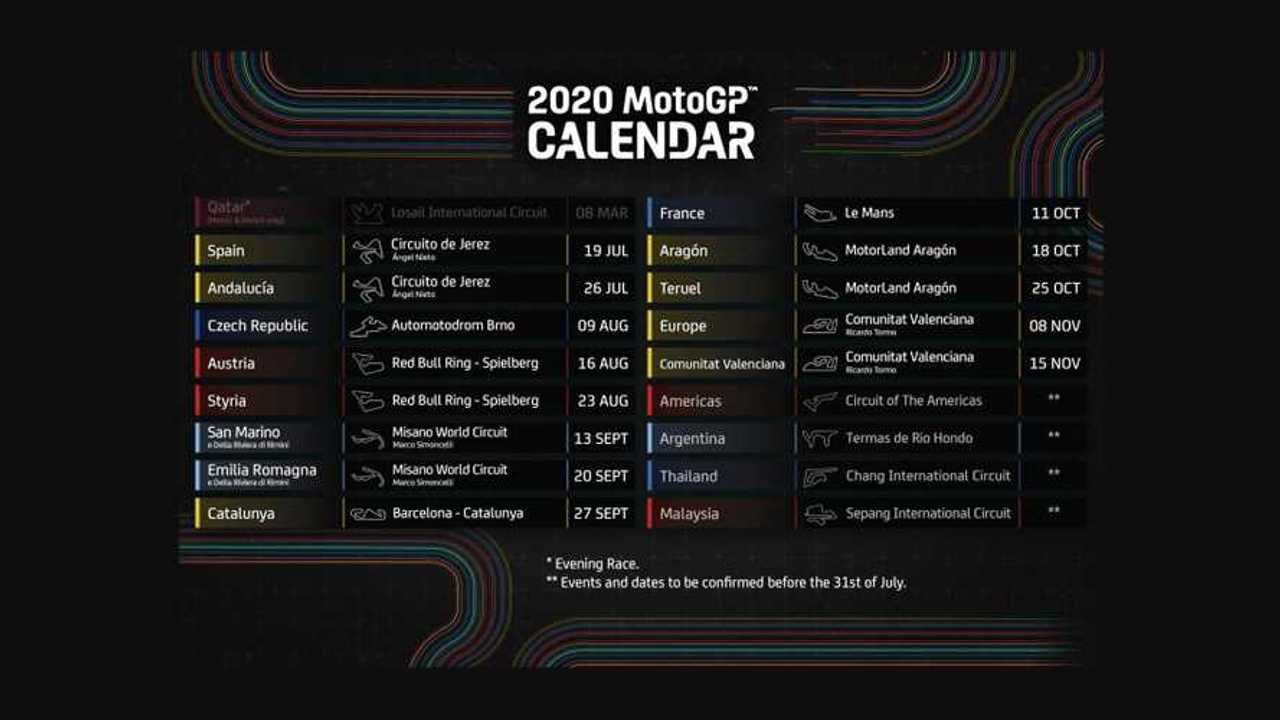 The season will reboot at Jerez on July 19.

MotoGP is coming back! After the season was disrupted by the coronavirus pandemic, organizers have put together a revised schedule that sees racing resuming on July 19, 2020. Thirteen races have confirmed dates, and four more are pending.

The 2020 MotoGP season saw its first signs of trouble in early March, when the premiere class had to cancel its opening race at Qatar. Plans for COVID-19 quarantines made it impossible for the racers to make the event, practically speaking. The Moto2 and Moto3 races went ahead at Qatar, but every race since has been either postponed or outright canceled, all because of the COVID-19 pandemic. At one point, MotoGP’s leadership seemed to think the whole season might be written off.

Now, it looks like we’ll see a decent racing season after all. MotoGP just announced a revised 2020 schedule that sees the season rebooted with a July 19 event at Jerez. There’s a second set of races at Jerez on July 26. From there, the series will move around Europe until November 15, with many tracks seeing two race weekends in a row. This means reduced risk of COVID-19 spread as well as reduced travel budgets. That’s an important consideration, considering how cash-starved the moto-world is right now.

At this point, the season’s last scheduled race is the November 15 weekend at Valencia. However, the rounds in the U.S., Argentina, Malaysia, and Thailand are all listed as pending, with “Events and dates to be confirmed before July 31.”

Note that all those races are outside Europe. Given the current complications with international travel, it’s hard to see all those events running. There’s not much room to shoehorn them into the schedule before the final Valencia race. It’s possible MotoGP could decide to extend the season into December (earlier, management talked about racing through until Christmas). Don’t bet on it, though—maybe we’ll see one or two of the overseas races run as scheduled, but there are several factors working against that happening.