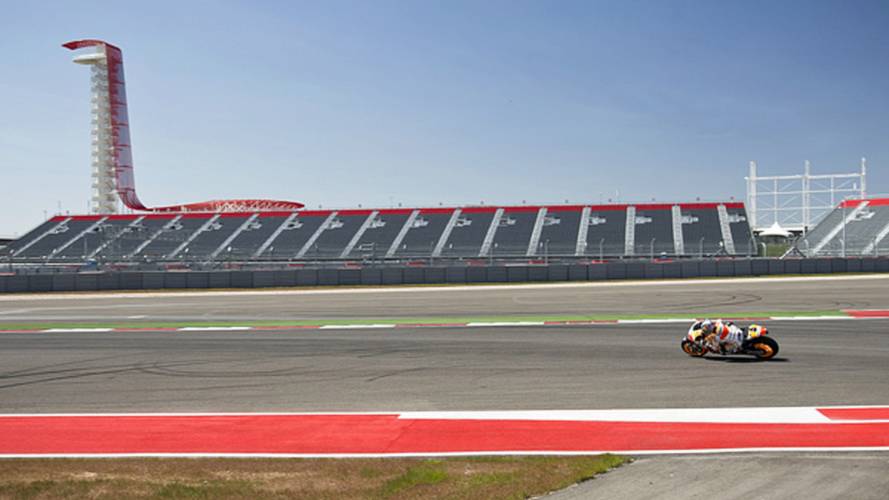 Stay tuned for additional calendar shifts in the coming days.

2020 is going to be a decidedly strange year for global sports series, including motorsports. After the FIM, IRTA, and Dorna officially announced the cancellation of the 2020 MotoGP season opener at Qatar, as well as the postponement of the Thai GP, it looked like the GP of the Americas might be the new season opener. Even then, many fans doubted that the Austin race would happen in April—and it turns out they were right.

“With the disruption in international flights serving areas that are home to many teams, fans, freight and competitors, the MotoGP Red Bull Grand Prix of the Americas has been postponed until November 15, 2020,” the official announcement post from COTA began.

COTA went on to say that all tickets purchased for the original April 2020 MotoGP dates will be honored for the rescheduled November one. However, COTA also recognizes that some people may need to request refunds, and is happy to honor those requests.

The Thailand Grand Prix is officially rescheduled for October 4, 2020, and will now be Round 16 of the championship as the calendar currently exists. With growing global COVID-19 concerns, what the actual 2020 MotoGP calendar will finally look like when all is said and done is anyone’s guess.

In an interview with Catalunya Radio, FIM president Jorge Viegas mentioned the possibility of staging two races at one circuit over the course of a single weekend if necessary. MotoGP is contractually obligated to run at least 13 races for a complete season. Dorna Sports CEO Carmelo Ezpeleta suggested that running events that are televised-only but closed to the public is also a possibility, according to Autosport. It’s worth noting that Formula One is already taking that approach for its 2020 Bahrain GP.

UPDATE: The MotoAmerica races that were scheduled to take place during the #AmericasGP event at COTA will also move to November 2020. Further details will be announced soon, per MotoAmerica.