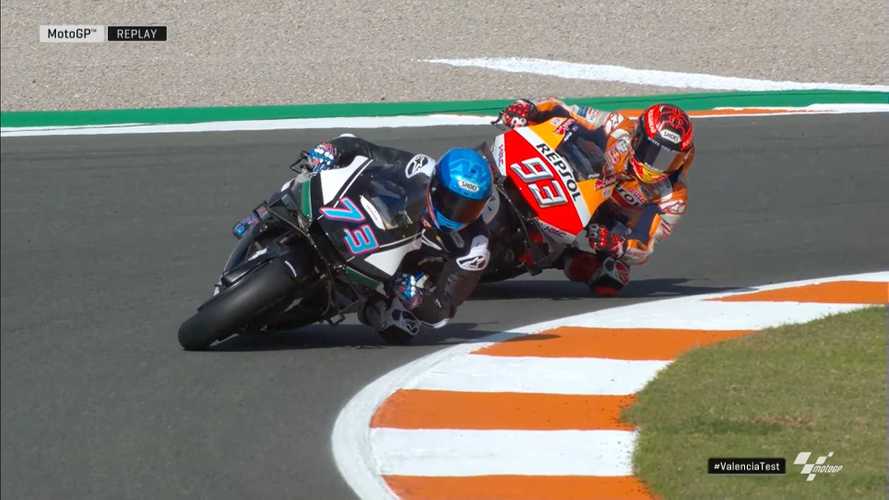 There will still be racing at Losail, just not in the premier class.

The 2020 MotoGP season was scheduled to kick off at Qatar’s Losail International Circuit on March 8. Unfortunately, due to the global COVID-19 outbreak and Qatar’s new travel restrictions, that first MotoGP race of the season has been canceled.

As of March 1, the Qatari government is requiring all passengers who are either arriving from Italy or who have been to Italy in the past two weeks to stay in quarantine for a minimum of 14 days. This is an effort to try to prevent the spread of COVID-19, also commonly called coronavirus, per the FIM, IRTA, and Dorna race organizations.

Prior to these travel restrictions, teams and riders from the Moto 2 and Moto 3 classes had already arrived in Qatar and were busy preparing for the race. Because of these unique circumstances, both the Moto 2 and Moto 3 races will still occur from March 6 through 8, as well as the Idemitsu Asia Talent Cup.

What about Thailand, which was scheduled to host the second MotoGP event of the season? The FIM, IRTA, and Dorna officially announced today that the entire race weekend has been postponed, with no estimated date for a rescheduled event. The race weekend was originally scheduled to take place in Buri Ram, Thailand at the Chang International Circuit from March 20 through 22.

As it stands, the first full MotoGP weekend of the 2020 season may well be the Red Bull Grand Prix Of The Americas at Circuit of The Americas in Austin, Texas on April 5. The global health and travel situations are ever-evolving, so this information could also change several times between now and then. Other international racing series, such as Formula One, are also feeling the effects of this global health concern.

Stay safe, stay healthy, ride well—and hopefully, we’ll all be chatting and arguing about the 2020 MotoGP season soon after racing starts up again because the worst has passed.