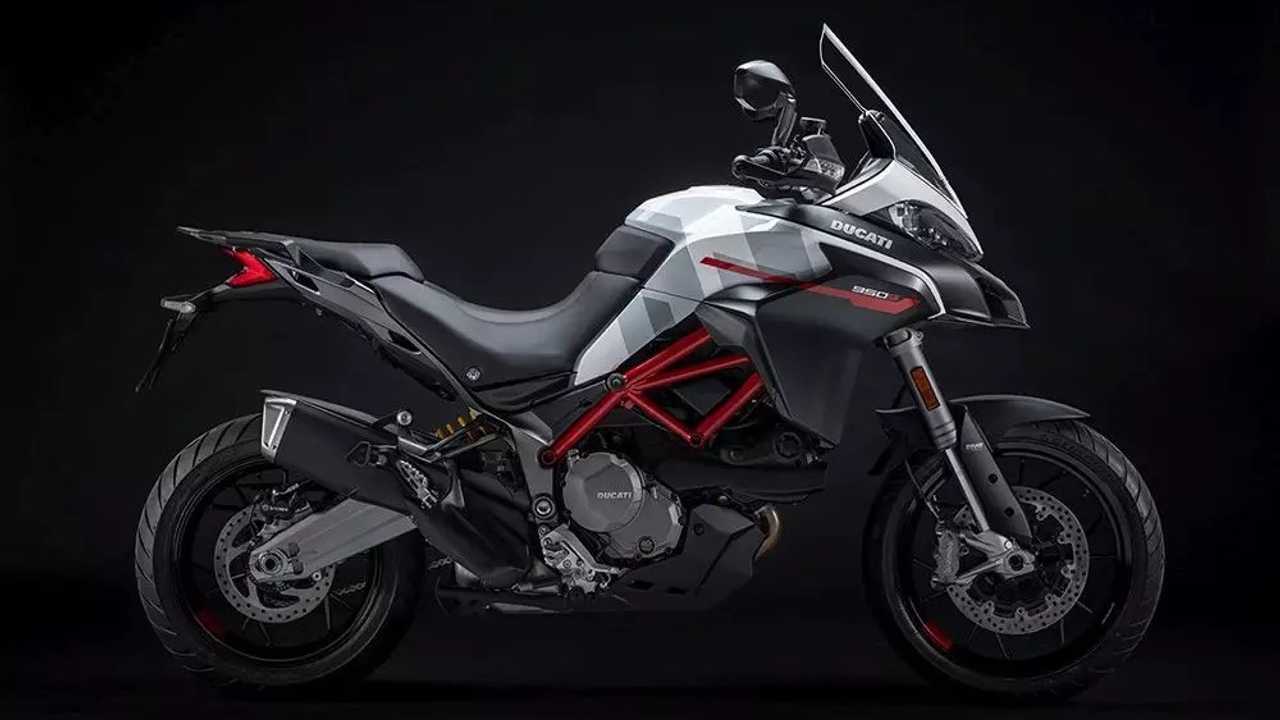 The summer is going to be white-hot.

It’s no secret that the Multistrada 1260 dominates Ducati’s adventure sport/touring family. While we frequently fawn over spy shots of the upcoming V4 variant and the company features the model at high-profile events like Pikes Peak, the Multistrada 950 quietly wins over anyone that swings a leg over it. The bambino Multistrada rarely receives its due, but Ducati is changing that with a new “GP White” livery specific to the 950 for 2021.

On the heels of the Panigale V2 receiving its own White Rosso color option and the imminent return of MotoGP, the Borgo-based brand revealed a new Multistrada 950 S paint scheme takes cues from its MotoGP graphics. With a white base, intersecting bands of gray tones, and accents of Ducati Red, the often overshadowed Multistrada finally gets its moment in the sun.

Though the displacement difference between the 1260 and 950 is obvious, the bikes diverge in several ways. The Multistrada 950 comes with 19-inch cast or spoked wheels while its grande fratello receives a more road-oriented 17-inch wheelset. Luckily, the new “GP White” livery is available on both cast or spoked wheel options, so you can still look stylish if you like to play in the dirt.

Aside from the differing wheel sizes, the two Multistradas share the same frame, Pirelli Scorpion Trail II tires, wheelbase, and are only separated by 11 pounds. The big disparity comes in the power department with the 1260 pumping out a brutish 158 horsepower and 95 lb-ft of torque while the 950 still achieves a respectable 113 horsepower and 71 lb-ft of torque.

While 113 horsepower is plenty of giddy up, most riders would probably prefer the more manageable power profile when riding off-road. One could even argue that the 950 variant is more “multi-strada” than the 1260 if accessing more roads is your goal. Ducati’s marketing team doesn’t let that attribute go unnoticed, highlighting the diverse terrain and stunning landscape of Emilia-Romagna in the new Multistrada’s release video.

If you’re a Ducatista that wants to stand out among the sea of horsepower junkies and red, the Multistrada 950 S in GP White might be the perfect fit for you. Just in time for the summer heat, the livery will be available within the month of July—much sooner than the Multistrada V4.