Voxan Wattman Officially Unveiled, And It's An Electric Shark

Hoping to chomp down on that electric land speed record in 2021.

You want ludicrous speed? You’ve got it. The Voxan Wattman is officially here! If all goes according to plan, two-time WSBK champion Max Biaggi will pilot the Wattman to a new electric bike land speed record in Bolivia in summer of 2021.

The goal: 330 kilometers per hour, or 205 miles per hour. That’s a modest increase over the current world record, set in 2019 by Ryuji Tsuruta at Bonneville aboard a Mobitec EV-02A. Aerodynamic calculations and configurations, as well as an extremely stable platform, must all work together to make this plan a possibility. 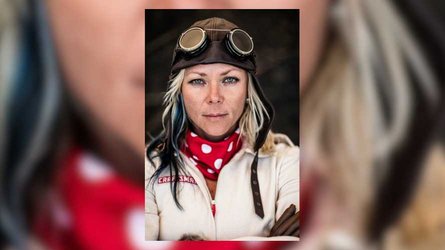 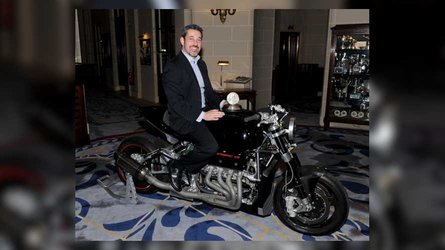 The finished design features a double-wishbone front suspension to keep both sides of the front wheel clear, in an effort to reduce drag. A link and swingarm steer the bike, allowing its pilot to sit further back to help lower the entire unit’s center of gravity to an even greater degree.

“Firstly, it’s better aerodynamically at high speed, but also on the vast salt flats it takes quite a while to accelerate due to the low grip surface, and we have plenty of room to slow down. Last, but most importantly, front wheel braking at very high speed on a salt flat can unbalance the motorcycle and cause a fall. We aren’t using a parachute, but the rider does have a rear-wheel brake, which he controls with the left handlebar grip, and also engine-braking controlled by a small lever on the right handlebar grip."

So, uh, no front brake AND no parachute. Got it. It also features a completely unconventional cooling system that uses dry ice, with no aerodynamically-inefficient radiator in sight. The dry ice sits in a tank just under the saddle.

If you guessed that an off-the-shelf battery unit wouldn’t cut it on a project like this, you’d be correct. Venturi, Voxan’s parent company, consulted with subsidiary Venturi North America, on the Ohio State University campus. There, engineering students helped build the battery that will hopefully assist in sealing a new world record for Voxan. The finished unit is a 1,470-cell affair that weighs 140 kg, or 308 pounds. It produces 317kW of power, and has a capacity of 15.9kWh. The Voxan Wattman Semi-Streamliner’s full weight, including that battery, is 300kg, or 661 pounds.

Finally, if you’re wondering about what kind of tires you use when attempting speed records like this, the FIM requires that they be grooved. Voxan chose Michelin Pilot RS+ tires that are officially rated to do a maximum speed of 350kmh, or just over 217mph. However, just to be on the safe side, Voxan and Michelin used aircraft tire test benches to see just how far they could take this tire safely. Together, they found that these tires can actually withstand speeds up to 450kmh, or just over 279.6mph! Reasonable safety margin achieved, even at such a lofty height.

All of this certainly sounds like the team has prepared itself well to attempt this goal. While we’re certain there’s plenty more going on behind the scenes between now and then, here’s hoping all goes well in 2021.