In 2013, under the tutelage of Venturi, French motorcycle maker Voxan Motors unveiled the Wattman electric superbike. With its 203 horsepower, 150 lb-ft of torque, top speed of 106 mph, and 0-to-62 in 3.4 seconds Voxan advertised the Wattman as the most powerful electric motorcycle ever built.

In 2019, Voxan teamed up with seasoned Superbike racer and champion Max Biaggi to try and set a new electric motorcycle speed record, a title currently held by Ryuji Tsuruta thanks to a 204.48-mph run achieved in 2019 on his Mobitec EV-02A. The record attempt was initially scheduled to happen at the Uyuni Salt Flats in Bolivia in June, 2020. However, the team was forced to reschedule due to the pandemic. The record attempt will now take place in July 2021 and in the meantime, Voxan has a new performance-oriented Wattman in the works set to be unveiled on July 1, 2020. 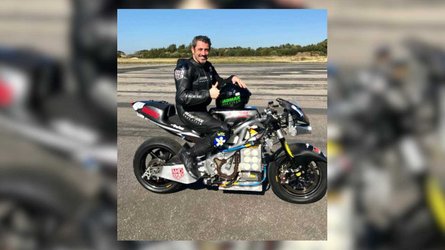 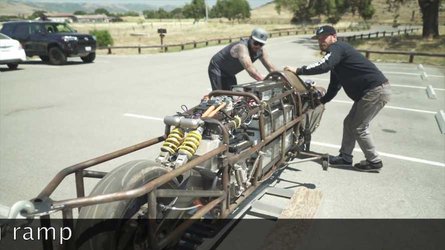 A Home-Built Electric Motorcycle Closes In On Land Speed Record

According to Voxan, the new, specially-prepared Wattman is rated at a ludicrous 367 horsepower and should allow the rider to break through the 205-mph ceiling next year. The new bike has been in development for a while now and was even tested on the track for the first time back in March. Due to the lockdown, however, Monaco-based Voxan had to temporarily suspend its activities, resuming development and testing of the Wattman in May.

While the electric bike isn’t quite ready for what could be its big moment, it’s however ready to be shown to the world. Voxan confirmed on its website and social media that it will shortly debut the Wattman on steroids at which point we’ll learn more about the model’s new performance figures. While the company’s press release doesn’t confirm whether Biaggi will be at the helm of the new bike, a recent birthday wish addressed to the racer on Voxan’s social media let us suppose the partnership still holds. More information to come on July 1.

– The futuristic lines of the record attempt Wattman will finally be revealed to the eyes of the world by electric motorcycle manufacturer Voxan Motors on 1 July at 2 p.m.

– The secrets of the most extraordinary electric motorcycle ever made will be revealed on social media and at www.venturi.com.

– The Voxan Wattman will attempt to set a new world speed record on the Salar de Uyuni salt flat in Bolivia, in July 2021.

Gildo Pastor, owner of the Venturi Group to which Voxan belongs, is a pioneer in the field of electromobility. His forward-thinking vision led him to purchase Voxan in 2010, turning it into a specialist constructor focusing on electric-powered vehicles, just as he had done a decade earlier with Venturi.

With just a year to go until the world record attempt, the Monegasque constructor is set to unveil the design and technology behind the first streamliner version of its new record-challenging electric motorcycle, the Wattman.

The Voxan Wattman has been designed entirely at the firm’s workshops in Monaco, in close collaboration with Venturi North America and the Center for Automotive Research at OSU (Ohio State University, Columbus, USA), which assembled the battery cells.

After months of painstaking design work and computer simulations, plus numerous wind tunnel tests, the “real” Wattman took to the track for the first time on 12 March. But the testing programme had barely begun when it was interrupted by the Covid-19 crisis. As soon as the lockdown was lifted in the Principality of Monaco (on 4 May), the R&D teams at Voxan Motors ramped up the motorcycle’s testing programme.

Over the coming months, they will continue to develop the software part of the machine, which will determine its pure performance and thermal stability, with the aim of easing the motorcycle up through the speed increments during their test sessions. The task before the Monegasque constructor’s experts involves both programming and research, in addition to full-scale testing.

But the motorcycle’s styling, created by Venturi group’s long-serving designer, Sacha Lakic, is complete and the machine now has its definitive look. It was dictated partly by the technology, and partly by the level of performance targeted. The teams at Voxan are now eager to show the world the sculpted lines of their new motorcycle, specially designed to achieve extreme speeds using electric propulsion.

The Venturi Group, to which Voxan belongs, has already set a number of world speed records. The most recent, 549 km/h, was set in 2016 by  the “rocket on wheels”, the Venturi VBB-3 (Venturi Buckeye Bullet). It stands to this day.

Join us on 1 July at 2 p.m. to discover the record-challenging Voxan Wattman!