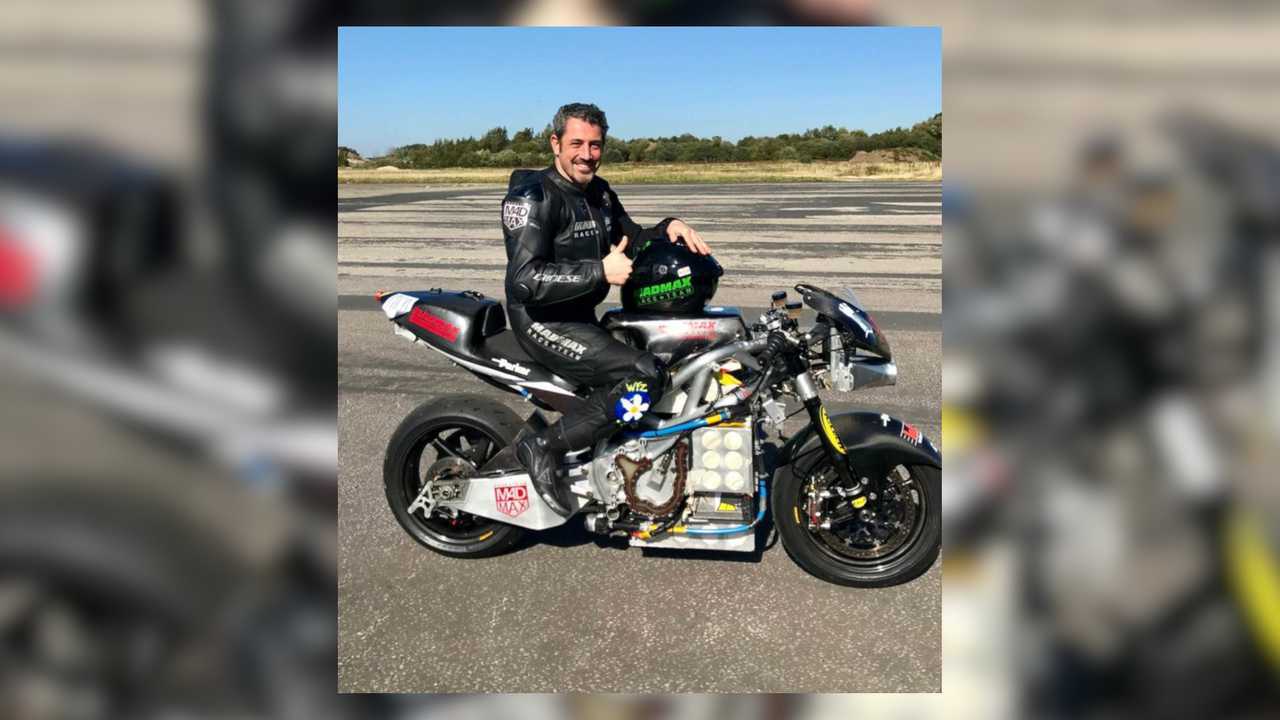 Zef Eisenberg was back at the business of electric motorcycle record-setting yet again. Not a man content to rest on his laurels, Eisenberg sped away with not one, two, or even three shiny new FIM speed records over the weekend. Indeed, he set a staggering four, pending FIM ratification, of course.

This time, the goal wasn't only records-related. It was Eisenberg's MADMAX team for which Daley Mathison raced and won three times at the Isle of Man TT. After Mathison tragically died earlier in 2019, Eisenberg swore to Mathison's widow that he'd honor the late racer by making his bike the fastest electric bike in the world.

Eisenberg set the following records at Elvington, North Yorkshire over this September 2019 weekend:

"Wow - what a weekend - with not ONE, but FOUR electric motorbike FIM World records, with an average measured kilometer speed of 185mph, and peak speeds of 197mph on the GPS. This is the fastest electric motorbike (naked - no fairing) bike in the world. It was windy and gusty with unsettling cross winds, so everyone's speeds were way down, making these FIM records even harder," Eisenberg wrote on Facebook.

"Remember the speeds are best of two-way average, measured kilometer speeds, not trap speeds. On Sunday we went further and achieved the FIM standing mile record also. There may be a bunch of ACU and UKTA records also achieved, but I will find out in the next few days."

"I cannot explain how happy I am with this electric bike designed by the students of Nottingham University, led by the amazing Prof. Miquel Gimeno-Fabra. I wore Daley Mathison's 'daisey' special knee sliders for all the runs. I felt Daley ride the bike to victory with me. I promised I would make Daley's bike a world record bike and that has been achieved. I feel this is just the start of MADness, for this very special electric bike and the wonderful Notts Uni/Miquel team."

What will MADMAX and Zef Eisenberg do next? We'll happily tell you once it happens.