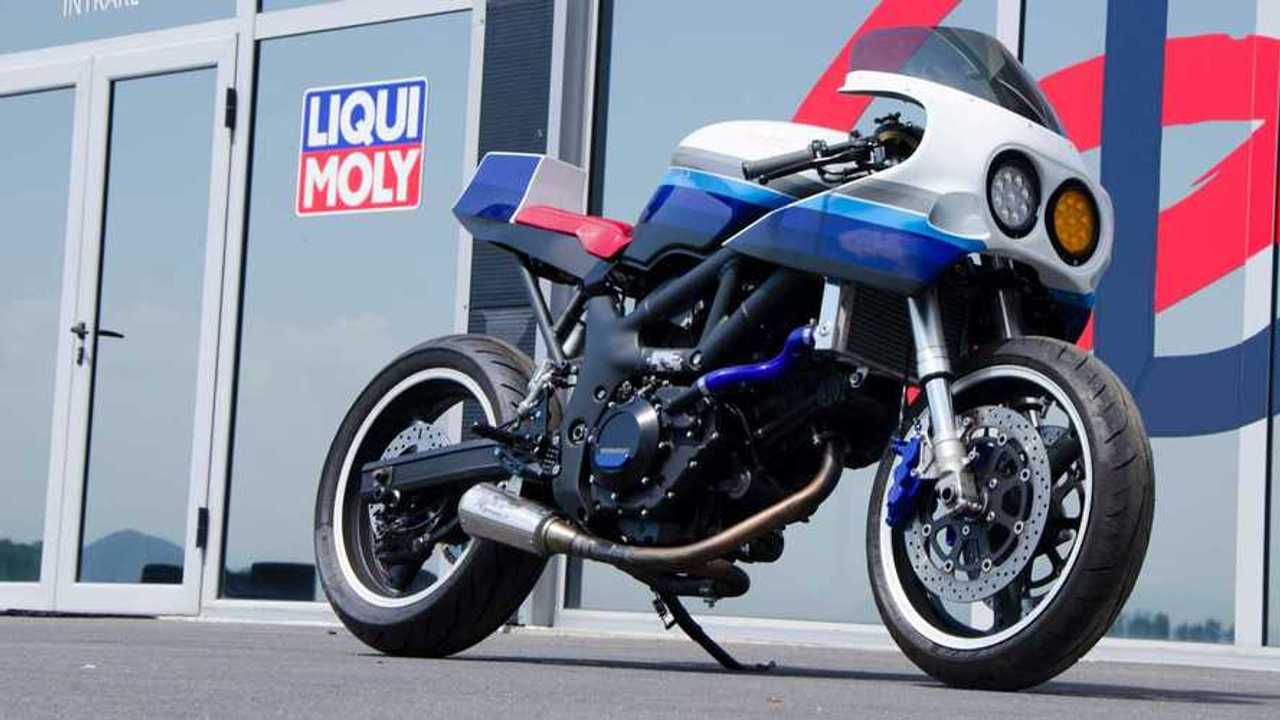 Few motorcycles have ever shared the versatility and mass appeal of the Suzuki SV650. I recently wrote a story on why the SV650 is one of the best all-rounder motorcycles you can buy today, and undoubtedly, amidst the hate and disagreements towards my sentiment, the fact remains that the SV650 has tons of followers the world over. For starters, it’s a cheap bike to buy and maintain. Not to mention how easily it can be set up for various applications. In fact, it’s arguably one of the most popular modern day bikes used as platforms for custom creations.

This brings us to our featured bike for today. What looks like a 90s Suzuki GSX-R750 race replica with its stunning lines and classic blue and white Suzuki livery is actually a 2001 Suzuki SV650. Designed and executed by Romanian custom motorcycle workshop Bandisca, the husband and wife team sought out to build a bike they could race in the Glemseck 101 Cafe Racer spring races.

The custom GSX-R bodywork was crafted by fiberglass experts Airtech Streamlining, who took charge of customizing the fairings molds in order to bolt onto the SV650’s frame. Apart from the complex modifications to the GSX-R750 frame, several aluminum parts were custom made to complement the bike’s overall design. These parts include the entire tail unit, as well as the rear subframe bolted onto the SV’s frame. To complete the look, Bandisca sourced a Honda NTV fuel tank from a fellow cafe racer enthusiast in Greece. With a bit of fiddling, they were able to fit the NTV tank onto the SV650 frame, making it look right at home, and one with the bike’s design.

Of course, given the fact that it was their intention to race the bike at Glemseck 101, Bandisca spent countless hours on the engine. The 645cc V-Twin was fitted with a performance hydraulic clutch, high flow water pump, performance camshafts, tuned carburetors, and a bespoke exhaust system with a Spark GP muffler. A set of Woodcraft engine cases provide added protection, as well as racey aesthetics.