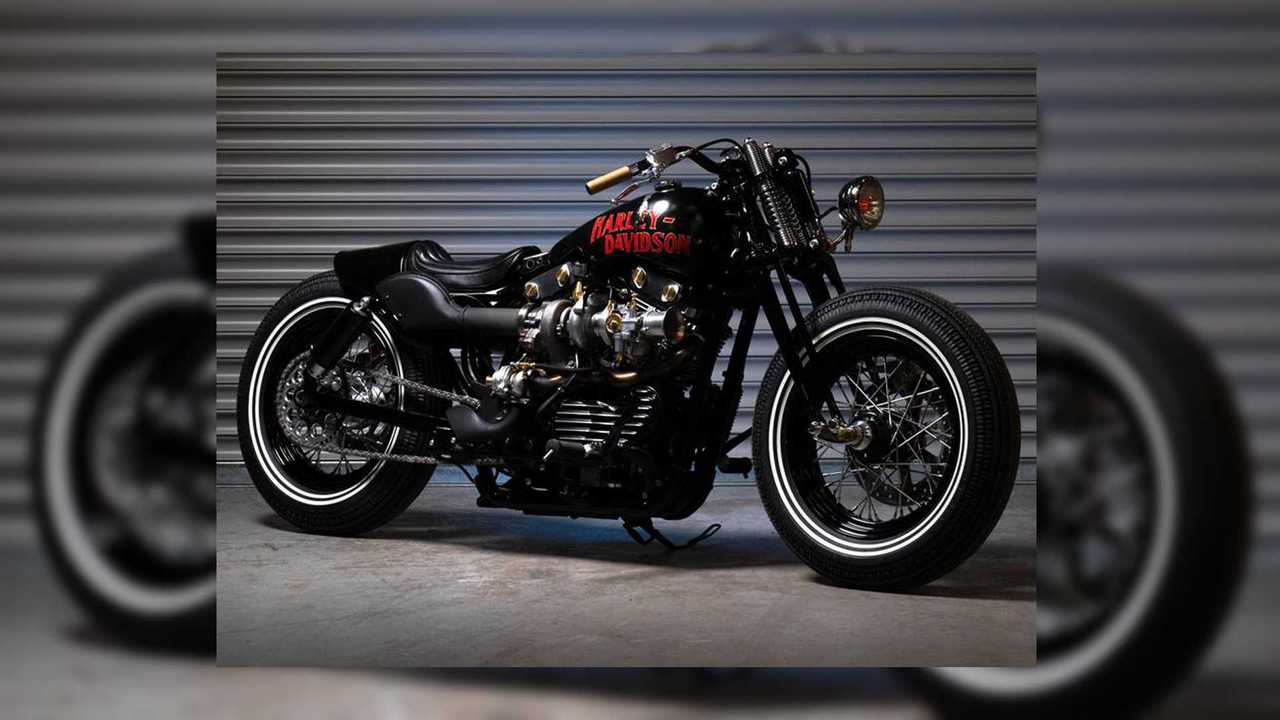 Forget crash bars, underglow lights, or flashy custom paint: one aftermarket add-on reigns supreme in the custom motorcycle game—a turbo. If you bolt on a turbocharger, you’ve got everyone’s interest. That’s what U.K.-based Harley dealer Sykes Harley-Davidson did for Harley-Davidson's 2020 King of Kings custom competition. The result? A Sportster that combines muscle with smooth aesthetics.

In the King of Kings competition, Harley-Davidson dealers from around the world built customs to battle for title of top shop. Oscar Peralta of Querétaro, Mexico, won the contest with a café racer he called Apex Predator. That’s an ambitious title, but he did beat everyone else out, so it’s probably fair. However, in a high-speed run, it’s possible Peralta’s bike might have looked a bit wimpy compared to Sykes’ turbocharged machine.

The Battle To Be King:

Apex Predator Takes Its Throne As King Of Kings

US Dealers Back In The H-D Battle Of The Kings

Built by dealership technician Tom Winchester, Sykes Harley-Davidson entered the machine under the highly unlikely name of “Choo Choo”—not because it hauls like a train, but because of the chuffing noise the turbo makes.

The turbocharger is a Holeshot HX25, originally made for an Iveco commercial truck. Winchester did some considerable tinkering to fit it to the Sportster, with a custom-built 1.5-inch stainless steel exhaust manifold, Tial 36mm external wastegate, a brass manual boost controller, and a boost gauge inset into the fuel tank. The bike inhales through an S&S Super E Shorty carb—with bellmouth conversion—and exhales through a GasBox Big Twin fishtail muffler (which had to be modified for the turbo).

As for the rest of the build, there’s a lot of catalog parts, although many had to be hand-fitted. Winchester added a Kustom Tech front master cylinder and clutch lever, Paughco springer front brake caliper with a floating front disc from a Street Bob, and short-cowl seat unit and rear fender from Easy Riders. The machine has a vintage look thanks to Coker Classic tires, reproduction WLR Flathead split fuel tanks (re-cut to suit the engine height), and a Lucas tractor rear light (dangerous stuff, trusting your brake lights to the Prince of Darkness!).

It all comes together to make a motorcycle that looks all business; fast business. It’s easy to see why a flashy bike like Apex Predator won, but Choo Choo looks like it would have its own endearing qualities, especially if you lived next door to the Bonneville salt flats or a drag strip.