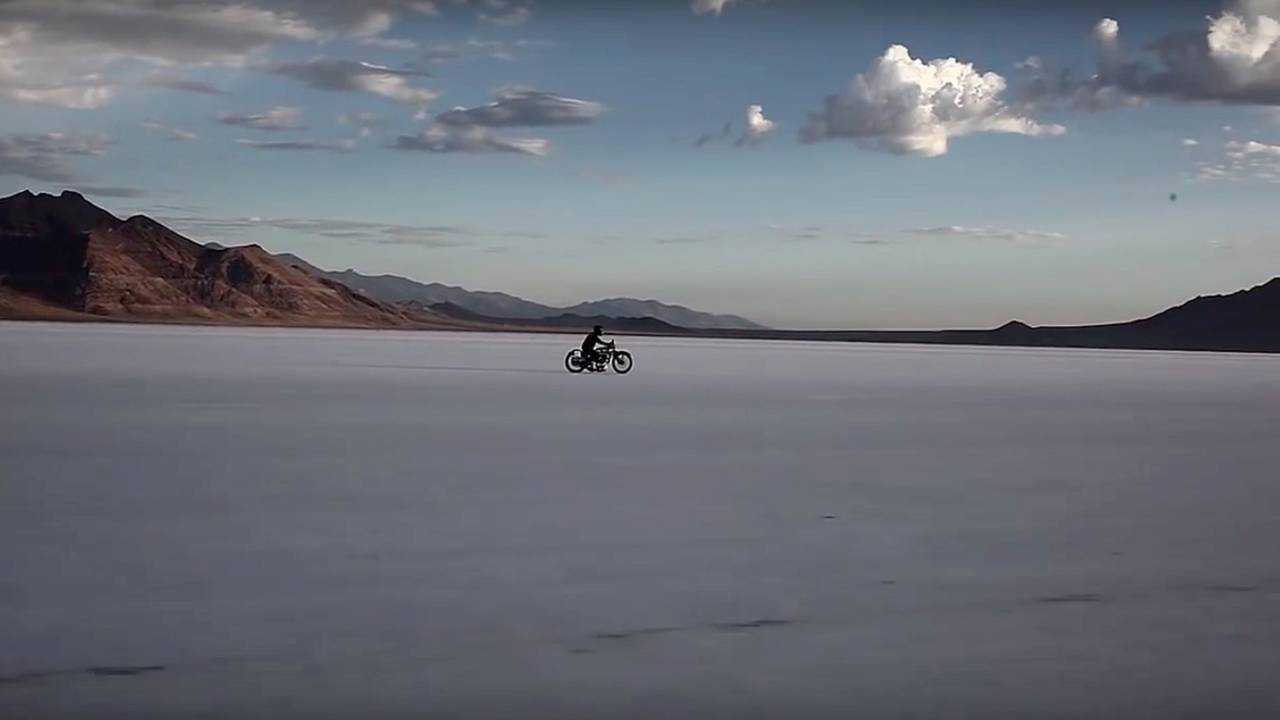 Shoot the Salt is a documentary that follows Jody Perewitz and her crew as they attempt to set a land speed record for a woman on an American bike.

A V-Twin, some Salt, and A Land Speed Record

Jody Perewitz has always had fuel in her blood and a genetically-transmitted passion for bikes. It all started with her dad's love of all things two wheels and continues to this today with a thriving custom bike shop. Somewhere in the middle, there's also a few land speed records on an American bike by a woman with her name on them.

Since the early 2010s, Perewitz has been upping the ante. Over the years, she has been setting the bar higher and higher by consistently setting new speed records. It started with 203 mph in 2011 and has reached 211 mph in 2016, her latest accomplishment.  Her first record set her as the first woman to go over 200 mph on an American motorcycle thanks to a 1,600cc v-twin supercharged beast.

IS: Chasing Land Speed Records on a Steam-Powered Hayabusa

The documentary Shoot the Salt follows Perewitz on her very first venture, back when she had yet to set a record at all. The 45-minute film takes us behind the scenes, in preparation for the record attempt. Interviews with Perewitz' dad and crew give us the rundown of their preparation, from reaching out to sponsors, to building the bike only a few months prior to the record attempt, to the Bub speed trials, to the multiple runs on the white salt plain of Bonneville to finally end with the hard-earned "203".

I couldn't help but smile when the controller announced on the radio that Perewitz had recorded a top speed of 203 mph, which prompted her crew to cheer. It's a cool moment to witness. I recommend the watch, even just for those last few minutes of pure elation.