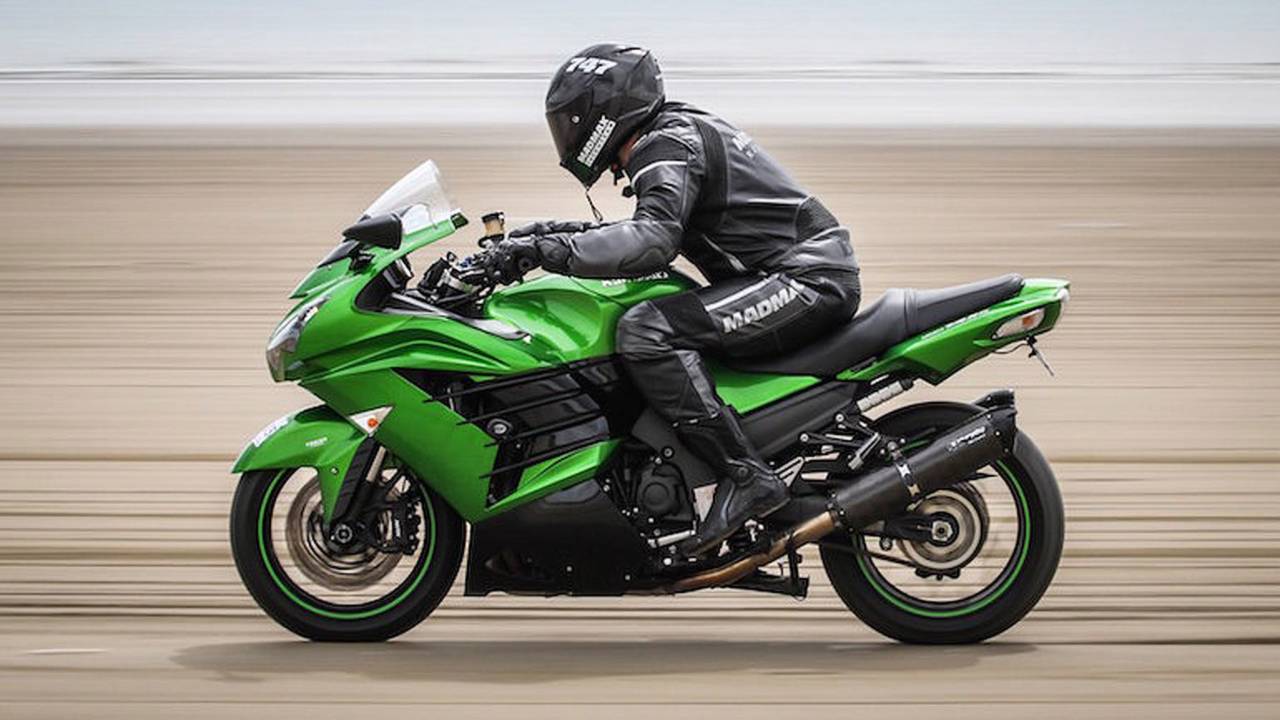 Zef Eisenberg is now the fastest motorcycle rider on sand in the world after a recent 201.5mph run on Pendine Sands, South Wales.

Chasing a world speed record is a seriously ballsy endeavor, but the activity becomes that much more dicey when a land speed record is attempted on sand. One brave rider—45-year-old Zef Eisenberg—recently set a new sand world speed record of just over 200 miles per hour on a modified, super-charged motorcycle less than two years after suffering a bone-shattering 230 mile per hour crash.

The record was recently set at a natural strip along a beach known as Pendine Sands in South Wales. Eisenberg explained how racing on a natural track along a beach means you never know what the sand will look like when you get there in the morning—depending on what the tide may have dragged in and how it affected the surface of the beach. At times the waves will leave the sand rippled and at other times the swells will create a smooth, more ideal surface. Eisenberg also says he’s seen everything from giant jellyfish to unexploded ordinance washed up on the beach, neither of which you want to collide with at 200 miles per hour.

Pushing a motorcycle to near 200 mile per hour speeds invites a lot of potential problems, and these issues are greatly exacerbated when riding on sand. Eisenberg says paddle tires don’t work, and getting up to hair-raising speeds can’t be achieved through the traditional drag racing methods such as turbo charging an engine as the forced induction system will leave the rear-wheel spinning in the sand sans traction. Slowing down is another area that is markedly different from normal riding. Eisenberg says you “never touch the front brake” and that many riders remove it entirely to avoid the reactionary impulse of grabbing the level when things go awry. Essentially you just lay off the throttle and wait for the bike to slow to a stop.

Racing on sand presents another major issue and that is crashing. Unlike riding on a paved surface, when you go down on sand, you don’t slide. Like, at all. This, for obvious reasons, presents a serious danger to riders. When Eisenberg goes on speed runs, he straps into an elaborate harness system connected to the bike.

Eisenberg first started riding at the age of 16 on a 50cc Yamaha before working his way up to an unspecified Gixxer. The stunt scene was big at the time and Eisenberg ended up gravitating towards stunting. In 2011 he took a turbine bike project to go do a speed trial and right out of the gate he was hooked. Since then he’s gone on to set multiple world speed records on some seriously bonkers machinery.

Eisenberg has spent the better part of a decade developing his turbine bike—a purpose-built two-wheeler powered by a Rolls Royce C20W jet turbine engine that produces 560 brake horsepower and more than 1,000ft-lbs of torque at the rear wheel. The same engine is reportedly used to power six-passenger helicopters. There’s no direct drive on the bike and it instead uses a shaft turbine from a helicopter.

“So you’ve got a turbine which effectively goes through a gearbox and turns the blades. So, in the crudest possible way, imagine chopping the blades off, and putting a sprocket on it and then mount that in a bike on its side. We’ve got a sprocket mounted on the turbine going to the rear wheel sprocket like a conventional motorbike. Then we’ve modified to use a conventional throttle from a bike. There’s a little bit more to it than that but that’s it in the crudest form,” explains Eisenberg in a 2017 interview with MCN.

One major problem with running the turbine engine is that there is a significantly pronounced lag. Eisenberg compares it to a massive turbo charger, explaining that it takes as long as several seconds for the power to come on, a factor that reportedly played a major role in his violent 2016 crash. The turbine makes so much oomph that even when the throttle is cut off it still produces power for a few seconds, meaning you’re, for better or for worse, just sort of along for the ride.

Eisenberg riding his turbine street fighter on the sand

Eisenberg’s Sunday, May 13, 2018, 201.5 mile per hour record-setting speed on Pendine Sands, New South Wales was set on his 350 horsepower, super-charged Suzuki Hayabusa dubbed “The Green Meanie”. He was also the previous record holder for riding on sand at a speed of 184 miles per hour. The recent display of speed makes Eisenberg the fastest person ever on Pendine Sands, as well as the fastest motorcycle rider on sand on the planet, period.

"After the intense commitment to my physical and mental recovery, gym work, and “physio”, this incredible 201.5mph sand record is the icing on the cake for me," says Eisenberg. "It was history in the making. For over 100 years people have been trying to reach 200mph at Pendine Sands - even the great gods of speed, Sir Malcolm Campbell, Parry Thomas—all have tried and failed—until today."