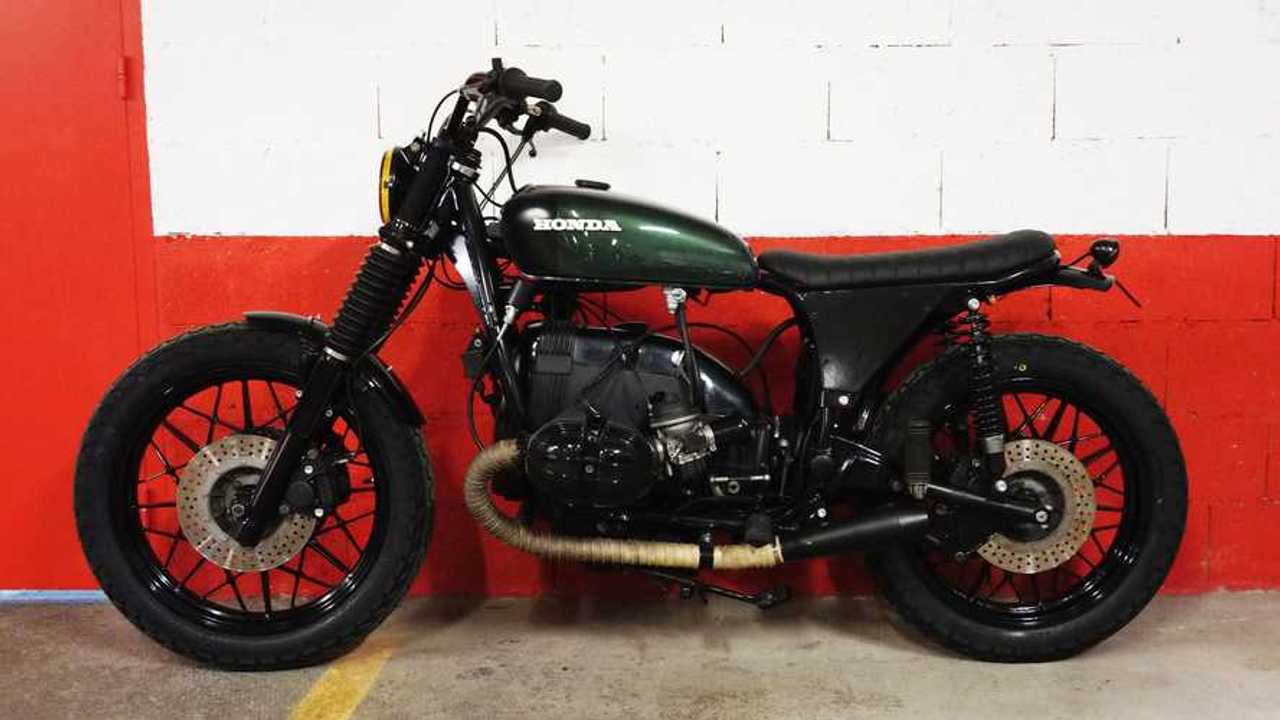 It's awfully hard to hide a BMW boxer engine, though.

First things first: There’s absolutely zero mistaking this custom build for anything other than a BMW. Sure enough, it started life as a 1978 BMW R100 RT with over 120,000 kilometers (or 74,564.5 miles) on the clock. It wasn’t in the greatest of shape, and needed some serious TLC if it was going to go another 120K miles.

That’s where Paris, France-based custom shop Blitz Motorcycles entered the picture. The new owner wanted something ‘slick and unique,’ so Blitz went to work creating the Naso Nero, so named because of the black nose painting on the tank, and translated into Italian because that’s where the new owner would be taking it.

After having been well ridden, a complete engine rebuild was in order. New pistons, rings, the works. Once that work was complete and everything was buttoned up again, Blitz applied a heat-resistant matte black paint to most of the engine, with a shiny black applied to the covers as a visual and textural accent.

Blitz also redid the electrical wiring, and then hooked up a vintage yellow headlight out front. Other custom bits include a bespoke engine breather, laser cut battery covers, rear loop subframe and custom seat to go with it, and a powder-coated black treatment of the frame, side stand, footrests, fork legs, handlebars, triple tree, and headlight. Tiny LED blinkers are mounted around the fork tubes, ceramic matte black-painted stainless steel exhaust cans meet with newly thermal-wrapped exhaust pipes that accent all the shades of black used on the lower three-quarters of this bike.

Then you get to that Honda tank, which draws your eye not only because it says “Honda,” but also because it’s finished in a combination of British Racing Green and matte black. Is this a BMW R100 RT doing a bit of motorbike cosplay? Is there some great story behind this choice? Lots of people use bits from different OEMs on their bikes, but they don’t usually keep the other brand’s logo so visible. If there is a great story behind this specific choice, Blitz is keeping it quiet, unfortunately for us.

This understated, mostly blacked-out ride rolls forth on Dunlop K81 tires, and the whole thing overall looks somehow both out of time and timeless. Blitz gave a deserving, hardworking bike a new lease of life with that engine rebuild, and then reincarnated it into something that transcends the R100 RT it was when it rolled out of the factory. What do you think?