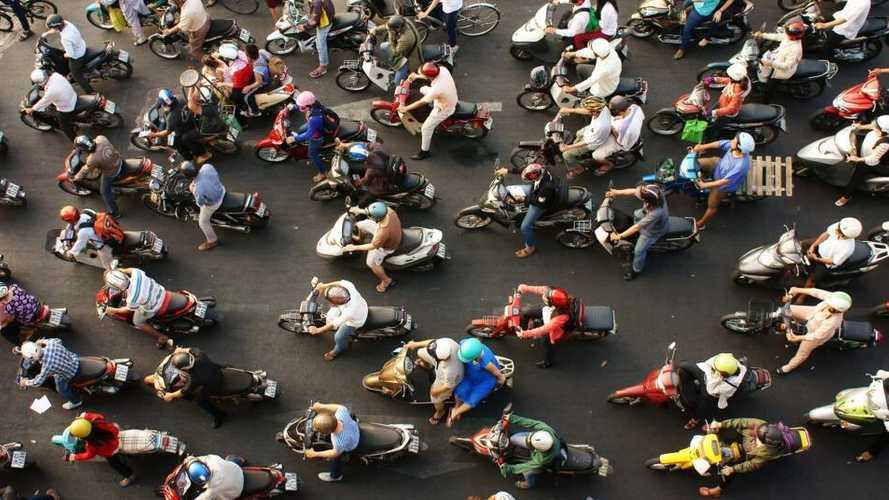 Global motorcycle sales were a mixed bag for major manufacturers in 2019. While BMW, KTM, and Moto Guzzi turned in impressive figures for the Euro market, India didn’t fare so well with Suzuki and Royal Enfield slumps contributing to the downturn in the country. Despite recording sales of 60.1 million units in 2019, the global motorcycle market shrunk by 1.6 million and the forecast for 2020 isn’t clear nor sunny.

In 2016, China penalized new motorcycle and scooter registrations, resulting in a sales loss of 5.1 million units. Since then, the market has been on a steady climb with positive gains in 2017 and 2018. Fueled by fast-growing markets like India, Pakistan, and the Philippines, global motorcycle sales grew to its highest level ever in 2018 with 61.7 units sold.

However, 2019 was particularly difficult for the Indian market which experienced a 3.1-million downturn in sales. Luckily, increases of 1.3 million units in China and 1.1 million units in Europe helped offset the disappointing performance of the world’s largest motorcycle market. Most of India’s 19-percent drop resulted from the lackluster performance of the country’s domestic manufacturers with Hero losing 14 percent, Bajaj slipping by 12 percent, and Royal Enfield plummeting 16 percent. Overall, the Indian market shrunk by 19 percent between 2018 and 2019.

Though India lost 3.1 million units sold last year, it still reigned as the largest two-wheeler market in the world with 18.5 million in sales. China trailed close behind with 16.3 million, but the field took a sharp drop from there with Indonesia at 6.5 million, Vietnam coming in at 3.2 million, and the Philippines reporting 1.8 million. For some perspective, the US took the 11th spot on the list, Japan's poor performance in 2019 earned it the 15th slot, and Europe’s highest-selling country, France, ranked as low as 17th.

Vehicle type also factors into the equation with the 50cc+ scooter segment responsible for 25.8 million in sales. Motorcycles nip at the scooter’s heels with 24.8 million units sold while trikes represent 4.7 million and mopeds bring in 4.6 million units. Of course, we have to include our quadricycles/ATV brethren with 600,000 units sold.

While the global moto market declined by 2.6 percent in 2019, the spread of Coronavirus Disease 2019 (COVID-19) could result in further losses in 2020. With plant shutdowns, production delays, MotoGP cancellations, and museum closures due to the threat of the outbreak, manufacturers could be bracing for a very long road ahead. Yes, 2019 was a mixed bag for the global motorcycle market, but 2020 is shaping up to be a consensus (of loss).