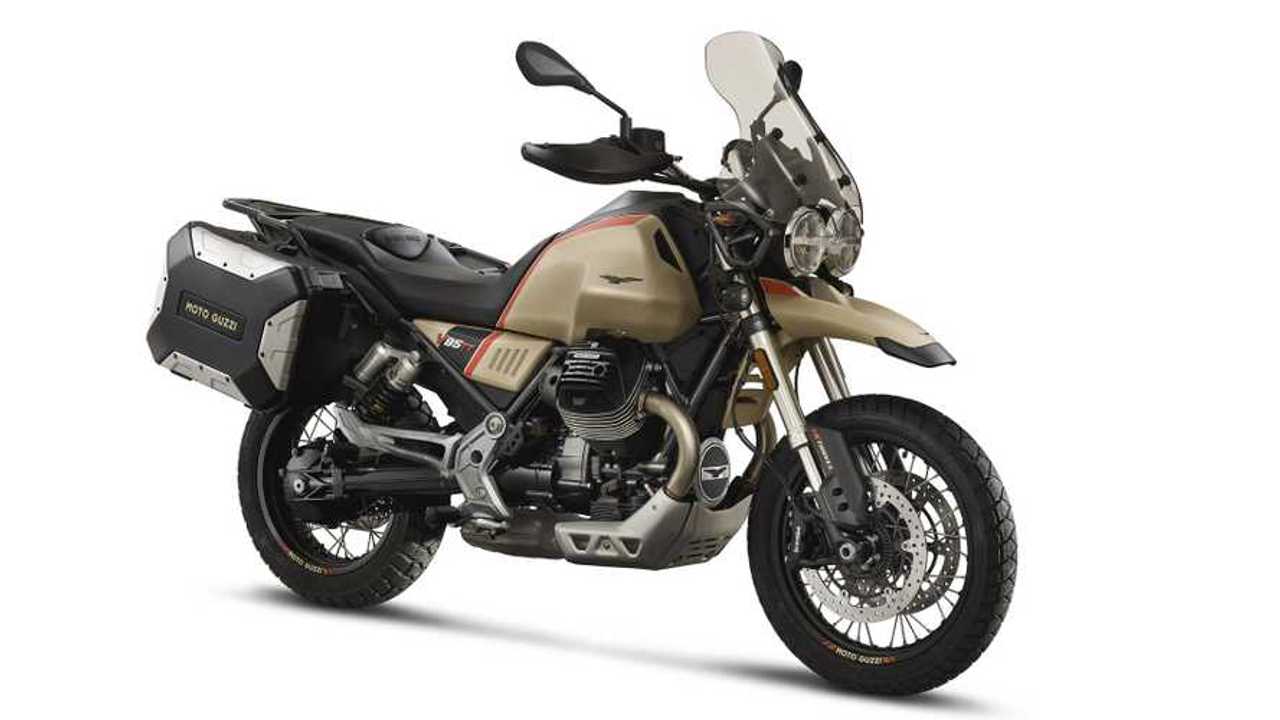 Last year, Moto Guzzi launched a new adventure model meant to replace the outgoing Stelvio. The V85 TT was an overnight sensation thanks to its classic look and rugged abilities. As sad as some were to see the Stelvio go, its smaller, lighter, more nimble replacement stole some hearts. The Italian firm chose to put the V85 back in the spotlight with the addition of a third trim, introduced at EICMA 2019. Here’s the 2020 Moto Guzzi V85 TT Travel.

The addition of a new version of the V85 TT is meant to showcase its versatility. The entry-level model is the first step into the segment and a good middle ground between adventure and touring. The TT Adventure adds a set of stylish aluminum panniers and a set of adventure-oriented tires for a little added off-road capability.

Now, the V85 TT Travel takes the model towards the touring end of the spectrum with the addition of a few comforts. The TT Travel is equipped with a taller windscreen, which is 60-percent bigger than the standard screen according to Piaggio, heated grips with easy-to-access control, and a set of high-volume plastic and aluminum panniers. The travel cases offer a staggering 9.8 gallons of storage (for the right case, the left one is slightly smaller at 7.2 gallons due to the exhaust). The V85 TT Travel is also offered in a trim-specific Sabbia Namib livery, a vintage-looking matte beige sand and black with red stripes. The gas tank is the same size as on the other trims, offering a 6.1-gallon capacity.

The new version of the model uses the same powertrain that seduced the audience last year: the (then) new 853cc V-twin rated at 80 horsepower and 59 lb-ft of torque. It also receives the same suspension and brake set up as the base model with 41mm fork and Brembo four-piston calipers with 320mm discs at the front wheel and a single shock and two-piston caliper with 260mm disc at the back. Other features include ABS, three riding modes, and Moto Guzzi’s MIA multimedia system.

Pricing on the new 2020 Moto Guzzi V85 TT Travel remains to be announced but we suspect it could hover around the TT Adventure’s price at $14,990—maybe a bit more considering the addition of the heated handgrips.