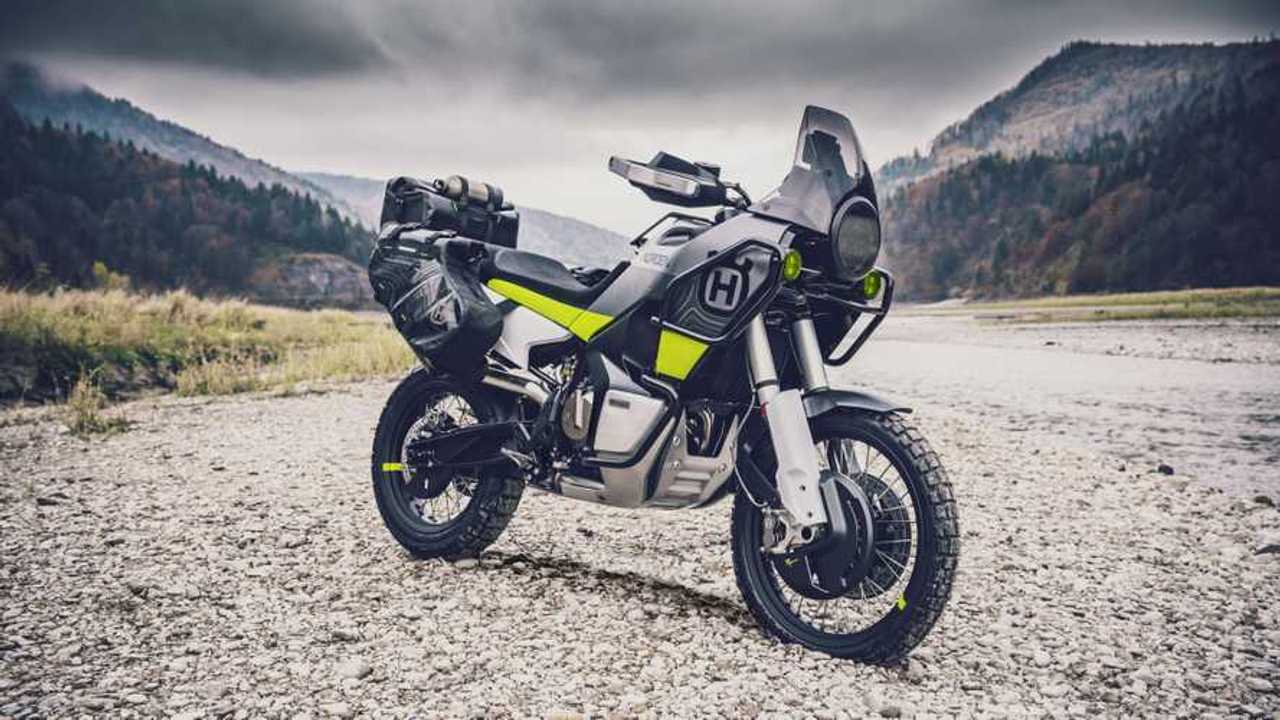 Another 901 enters the ring.

You may recall that back on October 24, 2019, we published some spy shots of a mysterious Husqvarna ADV bike being thrashed around the German countryside. Along with an upcoming big-bore Svartpilen (and probably a Vitpilen), it looked like Husqvarna was going to use the new engine in an Adventure bike as well. Guess what... We were right! Well, sort of. At EICMA 2019 the new mill was revealed as a 901, and one of the platforms it was featured in was the extremely rad looking Norden 901.

Just a concept at present, the Norden seems to be derived from stablemate KTM's 790 Adventure R. Since it's just a concept, Husqvarna hasn't released much in the way of hard data on the Norden and what they have released, in a press release it had to share with the rest of Husky's lineup, is maddeningly vague. The single paragraph talks up "class-leading lightness and power delivery" in a "versatile and accessible package". The bike is "arranged to allow discerning riders uncompromised exploration possibilities." That's, well, that sure is some vague adspeak right there.

What little we do know points to a pretty capable bike. The new 901cc engine is apparently tuned specifically for ADV riding and the bike has ergos that encourage long days in the saddle over broken terrain. Looking at the pictures, the bike certainly looks the business with its handsome lines, big, round headlight, and Svartpilen/Vitpilen-inspired lines. The concept seems to have everything you need for adventure riding in the way of handguards, engine bars, and tall suspension. It also has a fancy-looking split TFT screen which I'm certainly curious about. In a couple of the shots you can even see what look like Norden-specific soft-sided luggage.

From what we can see in the pictures and from reports out of Milan, the Norden looks close to production ready despite being called a "concept". Once we hear anything more about it, we'll let you know.