Buy A Raffle Ticket From Omaze, Win A Ducati Diavel 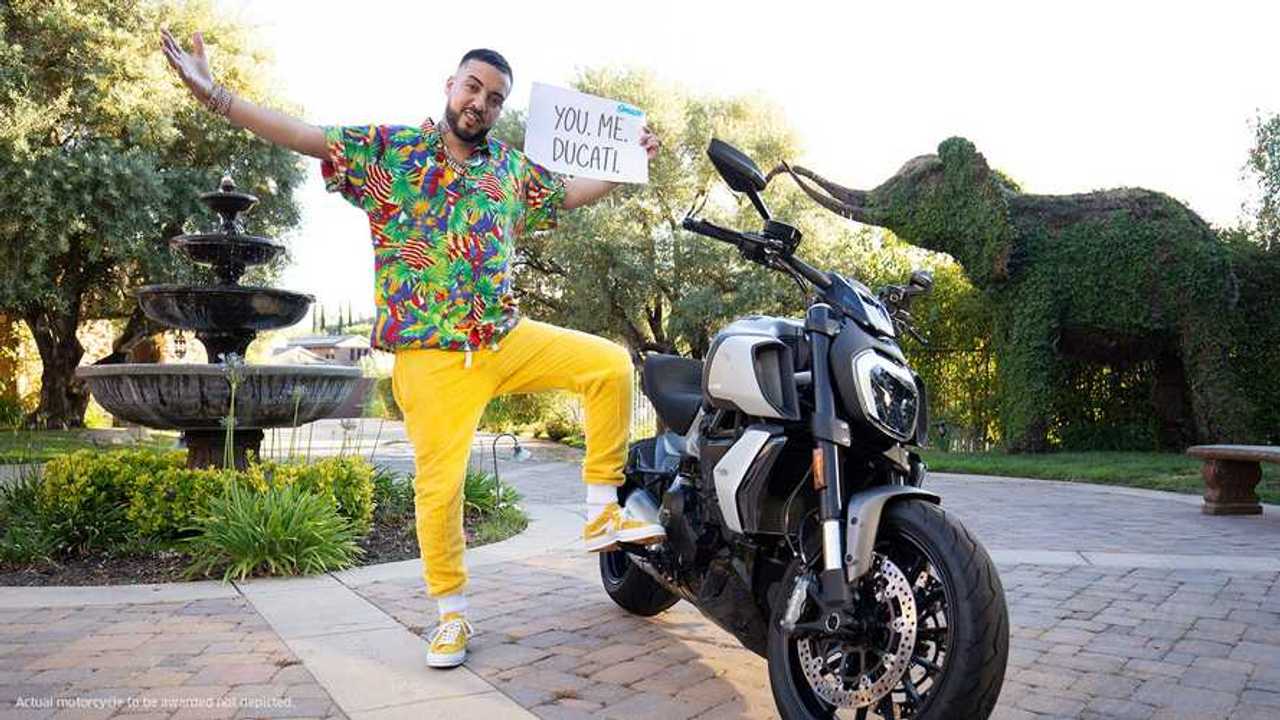 And that's not all!

If you’ve got a love for rap and Italian motorcycles, this Omaze contest could be for you. The online platform is raffling off tickets to win a Ducati Diavel 1260 and a trip to see rapper French Montana in his L.A. studio.

The Ducati alone is a tempting prize, checking in with loads of carbon fiber, a premium hand-stitched leather seat, and a Testastretta DVT 1262 engine. The bike also has selectable drive modes to adapt for track, highway, and city use. The motorcycle and travel package together are valued at $23,500, with the Ducati itself taking up $20,295 of that number. The contest winner also gets free shipping, so there’s no worry about how to actually receive the prize.

Omaze is a company that raffles off tickets for experiences and luxury items and donates a portion of the proceeds to a charity or cause of its choosing. Past winners have taken home dinners with celebrities, exotic cars with tens of thousands of dollars stuffed in the trunk, yachts, and trips to far out and very expensive destinations around the world.

Charity is at the center of everything Omaze claims to be, and the organization connected with this raffle is the City of Hope, a medical research center that specializes in cancer and diabetes. Don’t get too excited about the donation part, though. A run through the fine print reveals that $.70 of every dollar goes toward buying the actual prize. Another $.15 goes to Omaze for running the raffle and staying in business, and the final $.15 goes to the charity itself. That could still add up to quite a bit of money when you consider that buying into the raffle costs $25 at a minimum and there’s no cap on how many people can enter.

It’s worth noting that the Ducati’s website lists the Diavel 1260 S as having 159 hp, while the standard 1260 (the one in this contest) has just 152 hp. Omaze’s contest page lists the bike with output numbers from its more powerful counterpart