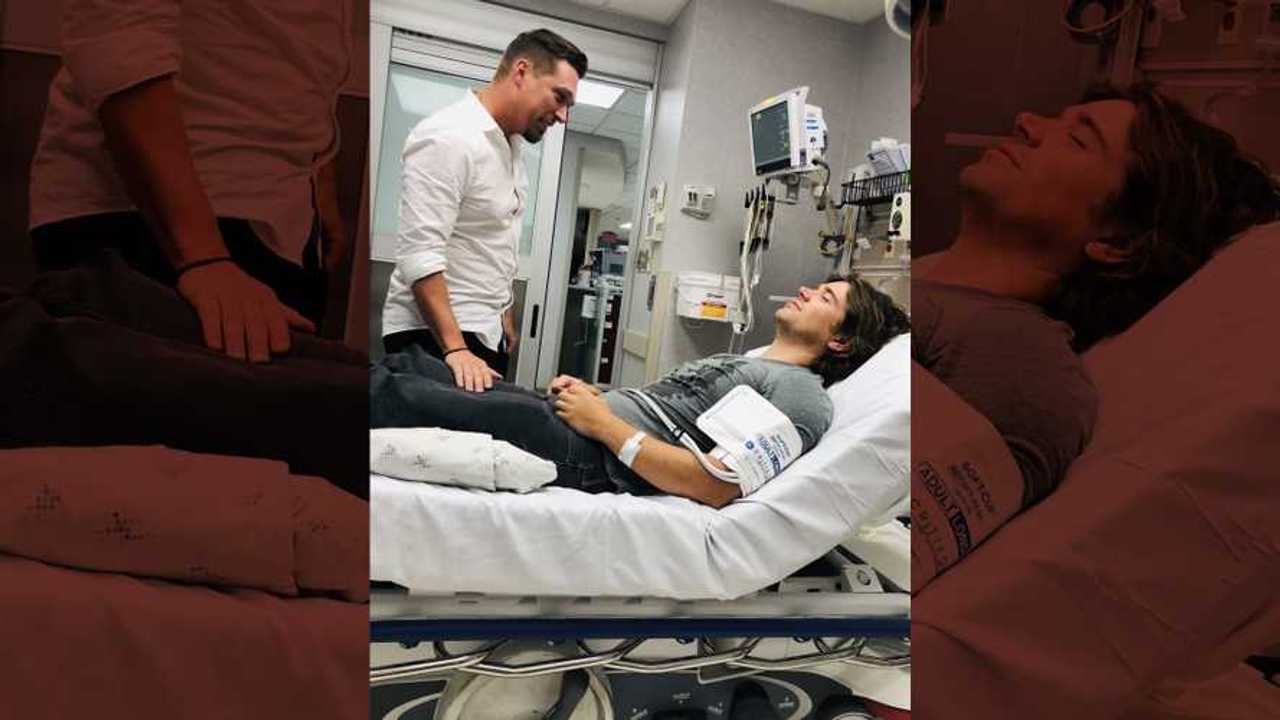 Hanson's drummer crashed while preparing for a cross-country ride.

Believe it or not, the teen pop band Hanson is still a thing, despite its members being well beyond their teen years at this point. The band's latest tour hit a snag when drummer Zac Hanson crashed his motorcycle in his hometown of Tulsa, Oklahoma, on Wednesday, October 2, 2019. Don't worry, though—the show will go on.

Singer P!nk Asks For A Baby, Gets A New Indian Scout Instead

"Wednesday I was involved in a wreck on my motorcycle while preparing for an upcoming cross-country ride," Zac wrote on the band's website. "Though I ended up with three broken ribs, a broken collarbone, and a cracked scapula, nothing is injured that won’t heal with a little rest and time, and a healthy dose of gaming! Thankfully with good quality protective gear, I was able to walk away, even if very slowly with the help of Isaac, Taylor, and a few of Tulsa’s first responders."

In a Facebook post, Hanson assured fans that the band's current tour will continue as scheduled. Although Zac's injuries sideline him from drumming, Dash Hutton will take his place, and Zac himself will continue to sing throughout his recovery.

Think what you will of the former "boy band," but Zac's positive attitude about the ordeal is admirable. So is Zac using himself as an example of why wearing proper riding gear is so important. His injuries, while severe, would no doubt have been much worse had he not been properly protected. For celebrities in particular, as the late Peter Fonda pointed out, gear provides the additional protection of masking your identity so that you're not mobbed by fans everywhere you go. Fortunately, most of us don't have this problem, certainly not weekend editors of motorcycle websites.

We wish Zac Hanson all the best for a speedy recovery, as well as a safe and fun cross-country ride.