This Bike Rode Around The World Got Stolen At Home. Can You Help? 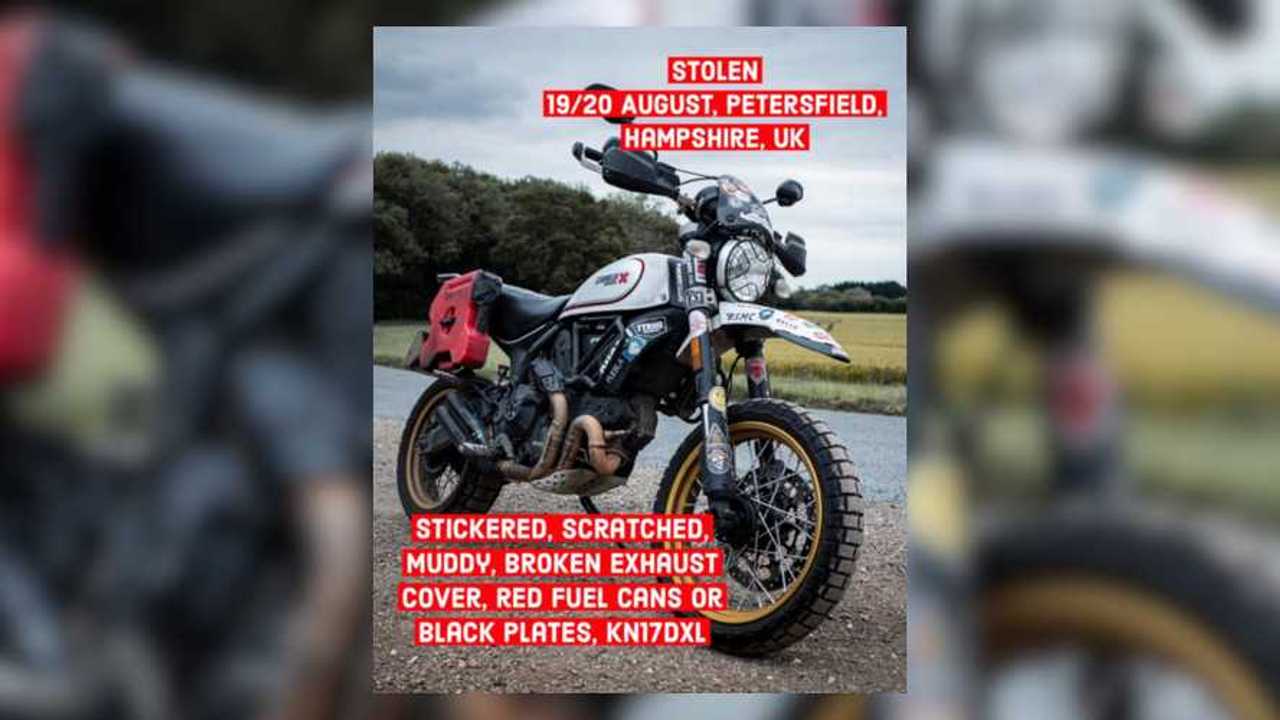 Have you seen this bike?

Many well-meaning people will tell you that bad things most frequently happen in or near your home. Of course, that’s probably because it’s where you spend an awful lot of your time. Rider Henry Crew set a new Guinness World Record in 2019 when he became the youngest person to circumnavigate the world via motorbike. At just 23, he’s already done more than many people do in an entire lifetime. After safely arriving home, while his bike was parked with his parents in the UK, it was stolen.

Let's Do The Thing:

According to Crew’s Facebook post, the bike was stolen from his parents’ home in Petersfield, Hampshire, UK on August 19 or 20, 2019. This is the bike that he rode around the world, so there’s clearly no replacing it. It’s a white Ducati Scrambler Desert Sled, and it has over 60,000 miles on the clock. It also has a cracked exhaust plate, several stickers, scratches, and red fuel cans or black winding roads plates on either side. The number plate is KN17DXL, assuming the thieves haven’t already swapped it with a different one.

Sadly, there’s more bad news. Crew noted in comments on his Instagram post that he had installed a tracker on this bike, but that it wasn’t well hidden and that the thieves cut it off.

It also gets even worse. Further down, Crew related a disappointing police response that read as follows: “We will not be investigating this crime as there are currently no further lines of enquiry, however, should your crime be linked to other crimes or our investigating teams need to contact you, they may be in touch.”

“If your crime involves the theft or taking of a vehicle, please be aware that if the vehicle is found and recovered, then, in nearly all cases, the driver or owner is responsible for the recovery charges,” the statement concluded.

The global bike community can be a great force for good. Let’s use that power to help get this history-making bike back home where it belongs. If you have any information, please DM Crew and let him know.