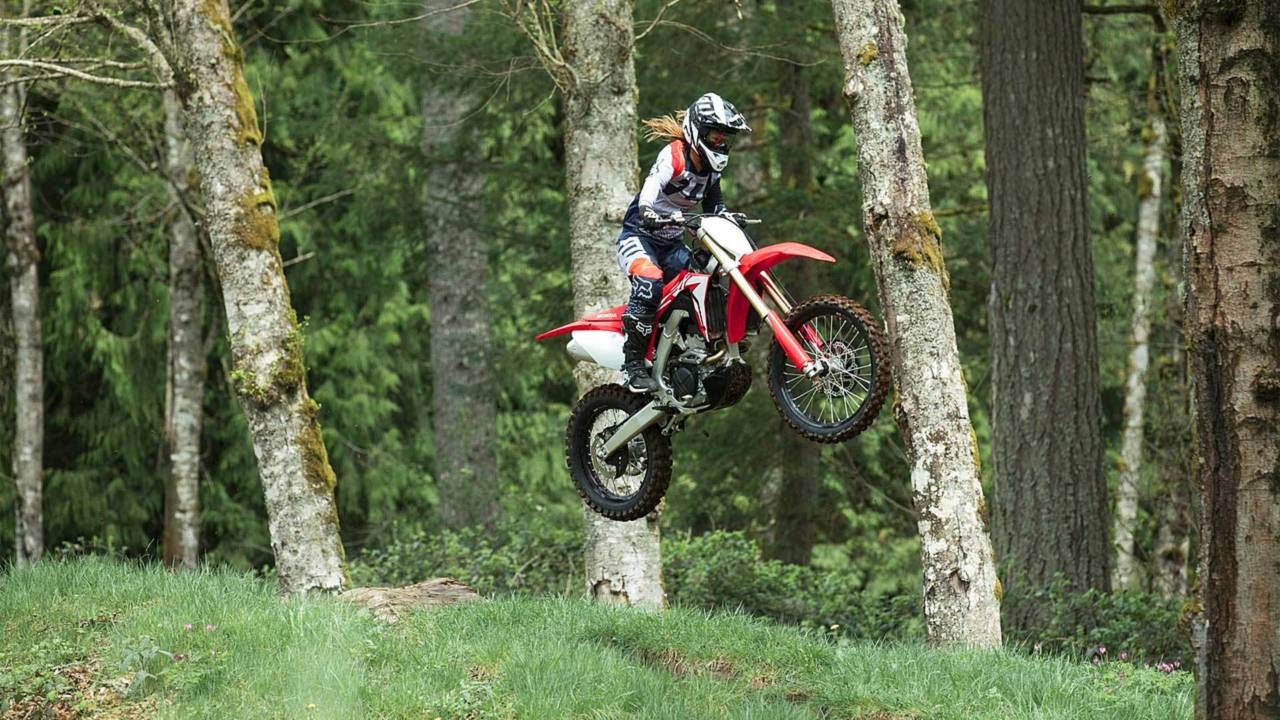 Michael Johnson of Chesterfield County, Virginia, watched in horror as a scammer raced off on his brother's 2002 Honda CR125R. Johnson posted the bike on Facebook marketplace, and a man responded to the post. During negotiation, Johnson felt a bit suspicious and snapped a photo of the guy, later identified as Jamari Barres.

“He asked if he could sit on and test ride the bike and then he took off on it.”

Johnson shared the photo on facebook asking,"If anyone had seen a guy matching this description." His post was shared over 700 times. Enter Angela, she had a similar experience the previous day with a man who wanted to buy her bike, also posted on marketplace.

“He never asked any questions about the bike, how many miles on it, has it ever been wrecked? He just wanted to meet.”

Angela suggested they meet at the police station. Good move, Angela. She recognized him from Johnson’s photo. “that’s the same guy I saw yesterday.”

By 7pm Thursday, Chesterfield police reported the bike as recovered without damage (a miracle!) and Jamari Barres is charged with grand larceny and an unrelated embezzlement charge.

CHECK OUT: What To Do If Your Bike Is Stolen

This story has happy ending but serves as a reminder to never let your guard down. Chesterfield police offered these tips during any private sale.

1)Never meet in a dark insecure area or neighborhood.

2)Make your transaction in broad daylight and never go alone.

3)Do not invite people to your home. Instead, meet in a busy public place.

I run a small motorcycle based business from my home. These are my pointers specifically for motorcycles. First and foremost, get a driver’s license. Ask for, and hold on to, the license while they test ride. Copy down the data. Also, check that they are licensed to operate a motorcycle. If not, you cannot legally let them ride your bike. Unlicensed riders are statistically more likely crash your bike, and your insurance will probably not cover the damage. For young kids riding off road bikes, there should be an adult present. Make sure to get their license. If the buyer does steal your bike, you have an excellent piece of evidence to hand over to the police.

Second, keep only a tiny amount of gas in the bike, enough for a few trips around your block. If the buyer does steal your bike they’ll have fun pushing it. Finally, meet in a public place, my business card does not include my address only my contact, people wishing to “stop in” are vetted first. We have two theft stories this week that worked out. Statistics, however, are not our side. Motorcycle thefts are rising and recovery almost never happens. Please be careful out there.