What To Do When Your Bike Gets Stolen 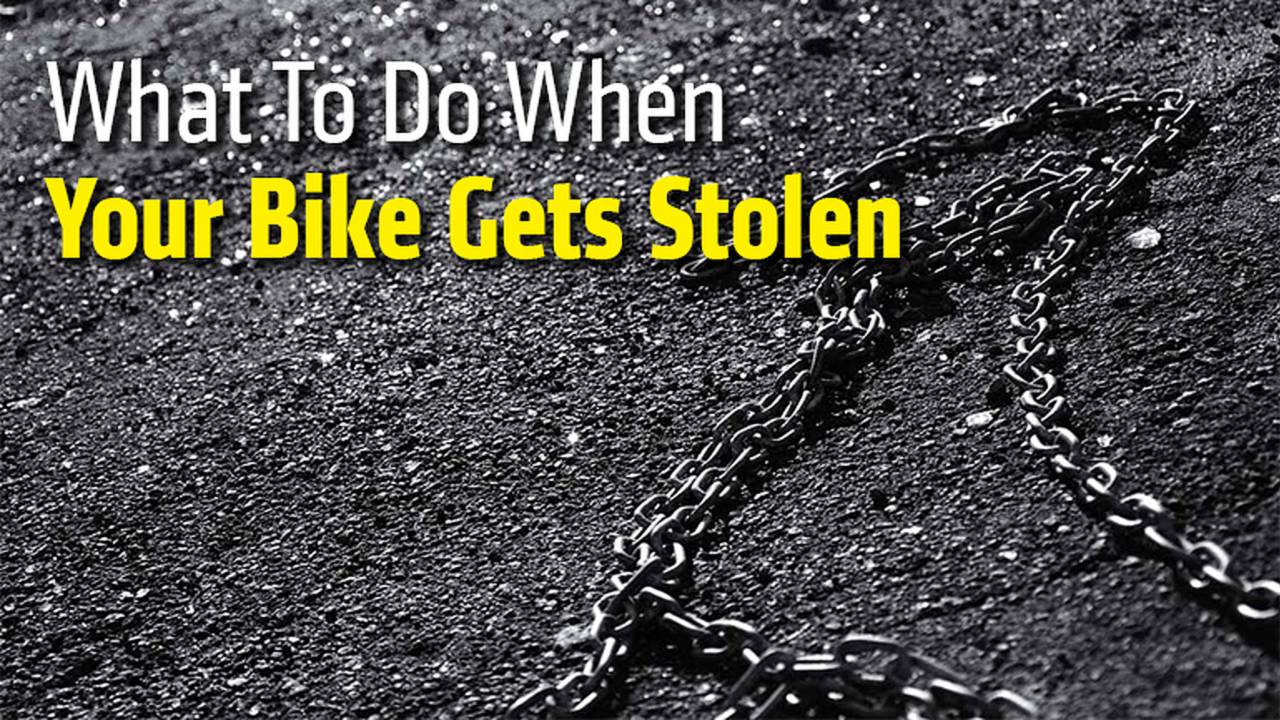 Are you a victim of motorcycle theft? Here's what to do when your bike gets stolen.

It happens with depressing frequency. You walk outside one morning and, where once your pride and joy rested in all its shiny glory lies only a broken chain. Here’s what to do when your bike gets stolen.

Your bike could still be in the neighborhood. Mount up and go look for it.

Step One: Survey The Area

I once woke up to the exact circumstances described above, spent half a day at the police station reporting the crime, only to walk home and find my bike resting on its side stand just around the corner. It turned out that neighbors I didn’t know had recognized my bike as it was being pushed into a van and ran the thieves off. A variety of similar circumstances could mean your bike is still nearby. Interrupted thieves? They give up after spending too long trying to defeat some security device? Just dumb kids who couldn’t get it started? Your bike could still be in the neighborhood. Mount up and go look for it.

Did your neighbors see anything? Does the store across the street have security footage?

Did your neighbors see anything? Does the store across the street have security footage? Now’s also the time to collect things like photos of your bike (always good to have a clear one around of the bike in its current state), registration and insurance documents.

Set up Craigslist and eBay alerts for your bike’s make and model in the local area and monitor them like a hawk.

Set up Craigslist and eBay alerts for your bike’s make and model in the local area and monitor them like a hawk. Post identifying details on the forums for that make and model and with local riding clubs. It may sound unlikely that these methods could result in your bike being found, but motorcycling is such a tight-knit community that it does happen with surprising frequency.

Use the non-emergency number and inform them you need to report a stolen motorcycle. Sadly, we live in a time when the police aren’t going to take action to secure the return of a single motorcycle, but you need the Police Report in order to file an insurance claim. They may visit your house (or location of the theft) to make the report, or simply request that you visit the station. Have all your bike documents ready to go.

Don’t bother doing it before you have the Police Report and it’s worthwhile taking the time to re-read your policy before you call so you know where you stand. Expect the company to investigate the claim and be prepared to wait sometime before a payout is made, if any occurs.

Have you ever had a bike stolen? What did you do immediately afterwards that helped or hindered it's return?