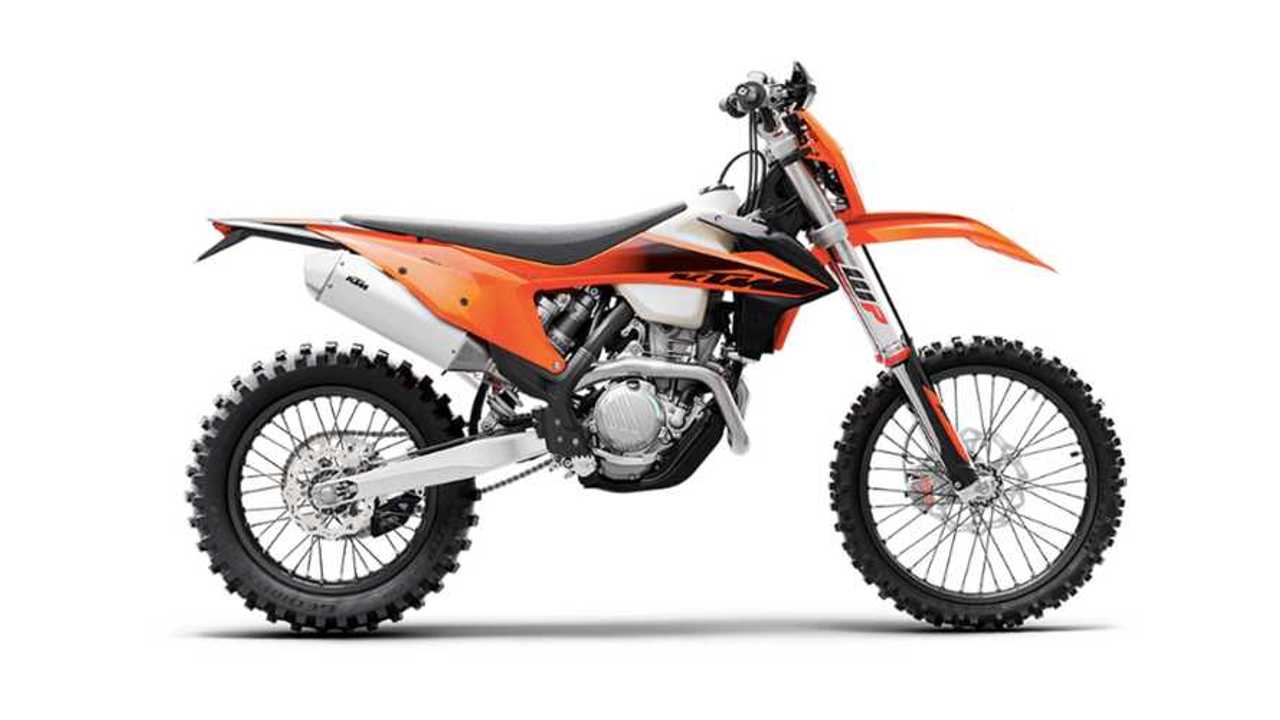 There’s a little something lacking from the KTM lineup. Let me think. Dirt bikes! Yeah, it definitely needs more dirt bikes. This is how I imagine the brainstorm at KTM’s went down. Enduros and motocross are after all what the Orange brand is best-known for. The company decided to revive its XCF-W with two new off-road dedicated models.

KTM used to have a W line in the past, the XC-W and XCF-W, which were discontinued two years ago for what enthusiasts supposed was the expansion of the EXC lineup. It looks like KTM missed its Ws a bit because it brought its trail-only models back to life, including two EXC-F-based, four-stroke models, the new XCF-W 350 and 500.

The W 350 and 500 are, as previously stated, based off of the EXC-F 350 and 500, stripped of all the road-friendly features (mirrors and lights). The Ws receive the same chassis upgrades as the other models in the lineup including a stiffer frame and a longer subframe. They borrow from the EXC-F's most recent upgrades the lighter engine case, six-speed Pankl transmission, shorter exhaust, and selectable maps, among other things. Both models are perched on a set of WP Xplor 48-mm front fork and rear shock suspension and stopping power is provided by Brembo calipers with wave discs.

The 350 receives a redesigned cylinder head and crankshaft, as well as a shorter piston and cylinder, which helps decrease the weight and increase compression ratio. The 500 gets a new König piston teamed with a lighter cylinder and titanium intake valves, as well as a new rocker arm, camshaft, and clutch cover. This allows the 350 to weight in at 232 lb while the 500 only adds three pounds to the scale, clocking in at 235 lb. The two singles have also been remapped for a slightly more aggressive output.

The new dirt bikes are expected to show up on the market over the summer. Pricing has yet to be announced.